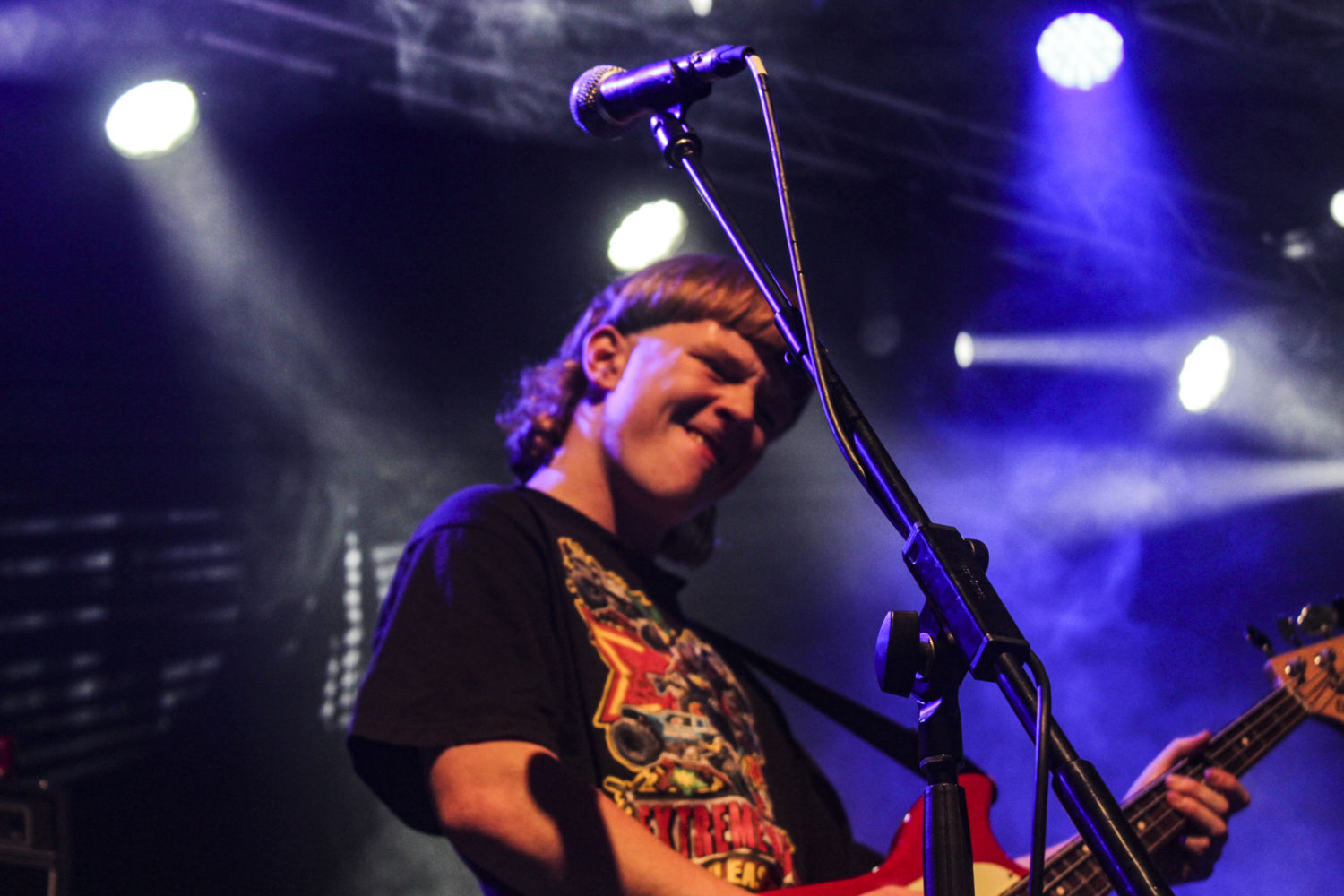 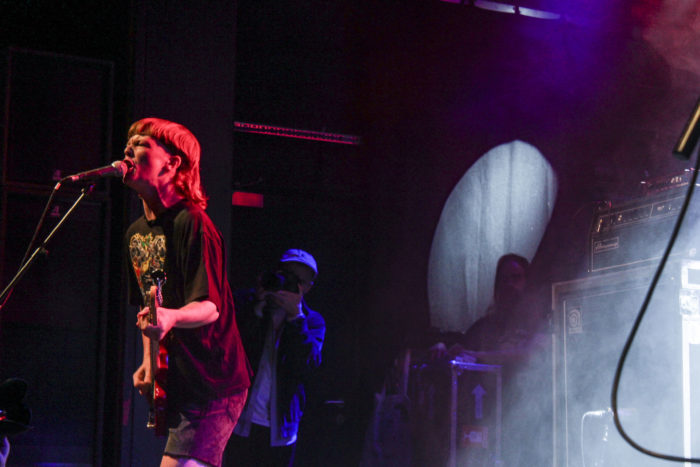 Will Metcalfe reviews Australian viral-punks, The Chats, with photos by Jessica Holt.

‘Look at me, are you ready?’ screams Amy Walpole through second song Birth. Uncharacteristically, she takes a song longer than usual to let the venue know of her presence. The heat that Witch Fever bring with their opening set directly correlates with the rapidly filling Academy 2. Their manager/photographer is on hand to give Amy a helping hand back onto the stage, after her first bout of the usual exploration of the crowd. Good old Debs. 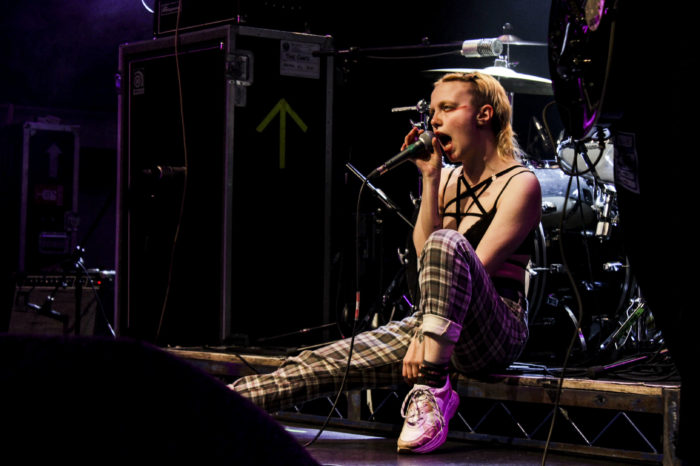 The performance of latest single, Toothless, is already one of the rawest and most honest performances one could witness. Each lyric is spat from the pit of the stomach of misogynistic oppression and double standard-ism. The high/low vocal harmonies shared by Amy and Alex (bass) are a simultaneous kick in the shin and poke in the eye, with one subtle difference; you are left begging and pleading for more. Set finale, Dictum brings what is now standard carnage. It definitely gets a quarter of a beat faster every time they play it. But amongst all the noise created, Alisha still doesn’t have a pedal board.

Hotel Lux stink of Lynx Africa and arrogance, which is as impressive as it is ballsy with an accent so southern. The spoken word lyricism provided by Lewis Duffin is a cross between Harry Redknapp and Del Trotter. With a bit of rhythm. And a few flicks through the Independent. But just as they get going, they’re gone. The band are electrically tight yet loose and relaxed. It is the relaxed style of the performance that causes the band to come across as a tad flat. 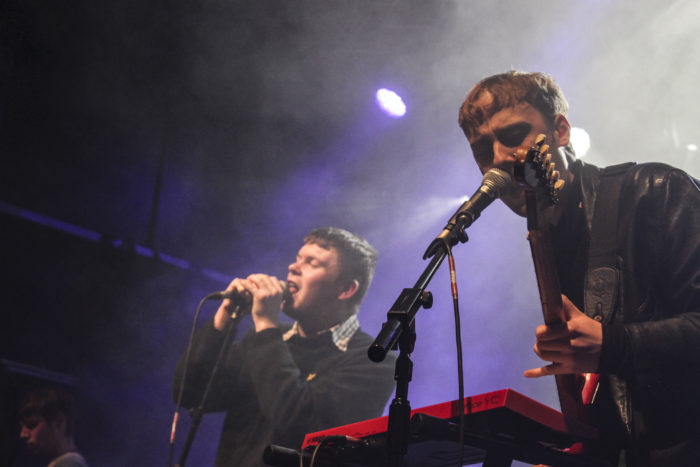 At one minute to ten, the lights dim and pints fly, followed shortly by a cut in the limbo music. A lit Marlboro breaks the darkness. Tension and excitement build as The Chats take to the stage. They open the set surprisingly slow. It doesn’t stop the security claiming their first crowd surfer. Opening the set in such a relaxed manner only injects more adrenaline and testosterone into the sold-out crowd. But as soon as something above 200 beats per minute is played, the crowd then erupts like a Mento’s in a bottle of Coke.

The crowd talk provided by The Chats is hilarious. They have a song for every element of the Australian dosser’s experience. Songs about wanking and STD’s, to spending your bus money on a four pack. It isn’t too different from being a student in England. Only a £50,000 debt at the end of it, nothing too heavy.  The Chats are a bit like an Australian Sleaford Mods, if they suddenly became less intelligent with words and started being a brand endorsement for Fosters. ‘Thank you, Callum and Simone, for sorting us some weed last night’, twangs Eamon Sandwith (bass), before Josh Price (guitar) announces ‘this one’s about pingers’. Oh look! A band who take drugs! Wow! 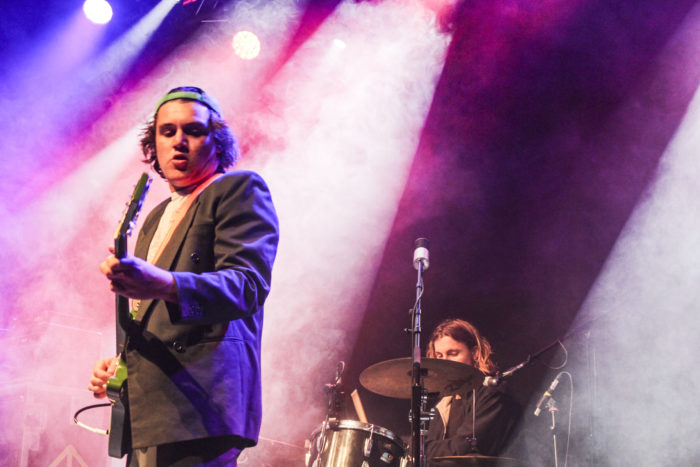 The pit resembles an extremely violent, 20 vs 20, shirts and skins game of football. Because of this, it feels like it should be taking place in a festival tent somewhere with the amount of flying beer and naked male anatomy. There is a parallel between the simplicity of everything about The Chats’ performance and the sheer electricity of the entire room.

Tonight, we’ve had the battle of The North, The South and the Batshitcrazycants. We’ve also had proof that the internet is a strange place. The Chats have sold out an entire tour solely on the power of a single meme song which went viral. Admirable and impressive. And very fucking lucky.

But now onwards, to the smoking area.

The Chats headline their final tour date which is sold out;

All words by Will Metcalfe. Photo’s by Jessica Holt.