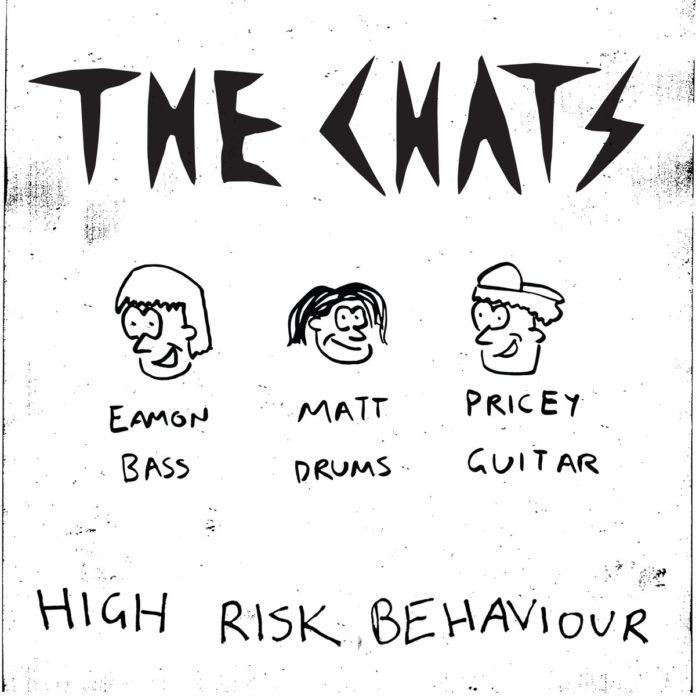 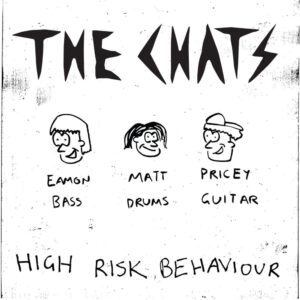 Throughout the great history of punk music, it’s always tended to be the more political and outspoken who get the most acclaim. Think back to the 70s and it’s the Clash and the Sex Pistols, who have had the biggest impact on culture with their social commentary and opinionated lyrics. But even though music like this is great and important, sometimes you just need a bit of fun, or something that reflects your current situation rather than what’s going on in the outside world. This is where the likes of The Damned, Buzzcocks and early Green Day found and perfected their niches, and it’s where the Chats have followed in their footsteps.

Though they’ve found fans in the likes of Dave Grohl and toured with Queens of the Stone Age, their album High Risk Behaviour only really take their goofier and humorous outlooks rather than mirroring their beefy, arena ready sound. Musically, they stick to the DIY, rough-n-ready quality of their grimy punk influences. Every song sounds like it’s been recorded on a knackered, decades old tape recorder, in one take, with battered instruments.

That’s in no way a criticism, as the album’s sound perfectly matches the adrenaline rush nature of the songs and the bands performances. Every track flies by in a constant breakneck speed, not stopping for one second to let listeners catch up. It’s a testament to each member of the Chats that this full throttle pace never careers out of control, with drummer Matt Boggis providing the perfect bedrock with crashing, propulsive beats.

It’s also a joy to find that, in an age of artists adding unnecessary tracks to albums and increase their streams, High Risk Behaviour clocks in at less than half an hour with most tracks coming in between 1-2 minutes long. Clearly, this is a band that’s here for a good time, not a long time. And while this does lead to some tracks sounding too similar to stand out, there are some distinct touches, like the hand claps in The Clap and the spoken word verses in Keep The Grubs Out that show a musical awareness outside of simply thrashing power chords on a beat-down fender.

But it’s the lyrics where the album shines brightest. Make no mistake, this is likely the funniest album you’ll listen to all year, with singer, bassist and lyricist Eamon Sandwith crafting hilarious tales of life as a bored and broke twenty something with nothing to do. It takes a special talent to be able to write a tune about getting your identity stolen online, like in Identity Theft, or being refused entry to a club because you’ve got a mullet in Keep The Grubs Out. There are elements of a very young Alex Turner here, taking everyday incidents and finding the humour in them. And Christ knows we could do with something to laugh about these days.

In fact, the current situation we find ourselves in might be the biggest issue here. These are songs that were made to be played live in a grimy, sweaty venue with others. No matter how great it is to sit at home and listen to these wonderfully snotty punk gems, it simply doesn’t match the feeling these songs will give you in a live setting. Ah well, at least you’ve got something to look forward to, and at least you’ve got this hysterical and thriving body of work to enjoy in the meantime.