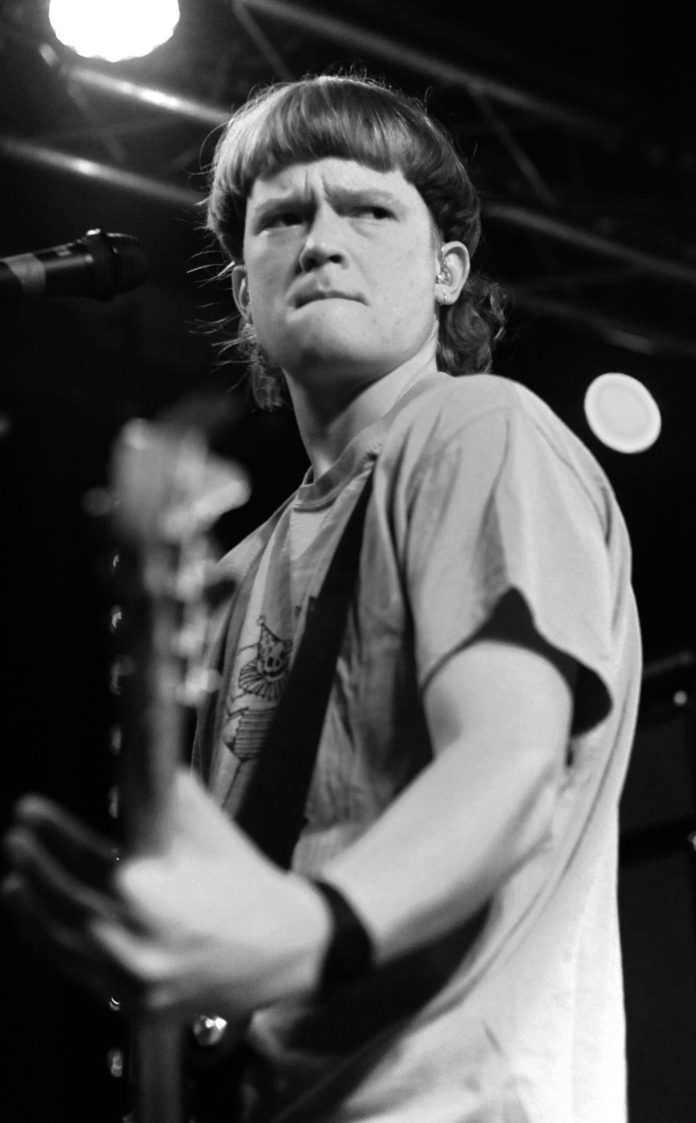 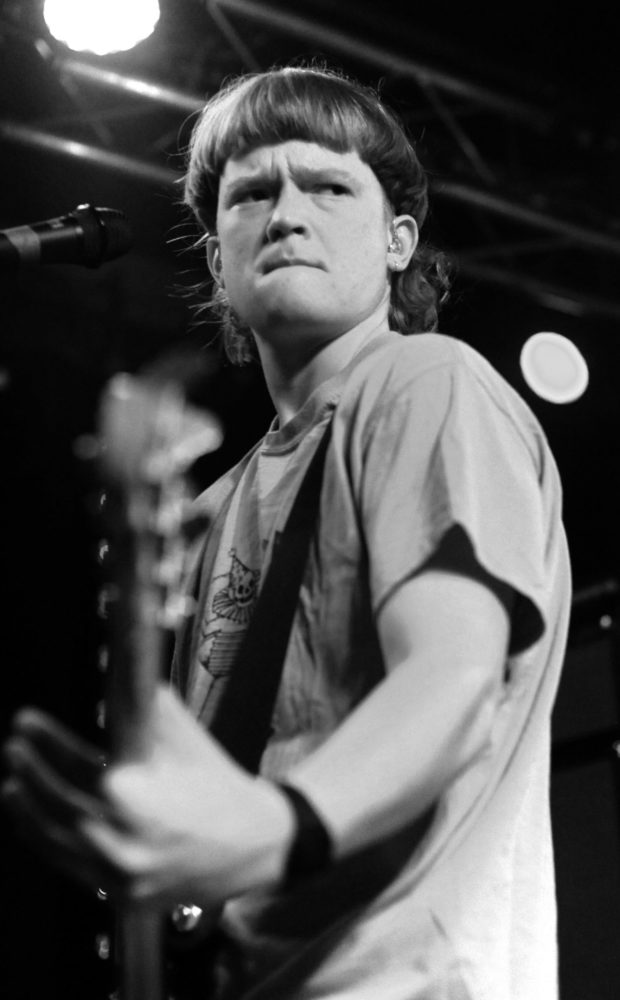 Sadly unnoticed from our safe European homes, a great frontman from a band called the Celibate Rifles, Damien Lovelock died in August this year bringing an end to an era of classic pub punk rock from the good ole Aussies.

The Celibate Rifles never made it that big overseas but were loved and cherished on their home turf.

The Chats, however, may soon have to fight off the tall poppy syndrome when they get back home to their native Australia. Especially if this sold-out gig at Berlins Cassiopeia and a headliner at the Forum in London in December is anything to go by.

They have celebrity fans, Old timers like David Grohl, Josh Homme and Alex Turner have dropped into their gigs, greedy to get a taste of the Shed Rock sound.

So let’s enjoy them while we can. The first Lp isn’t even out yet. It’s set the stall for the band who, whilst admitting that they are not perfectionists they know how to deliver a fierce live show.

Coming on stage to ’We Are The Champions’ – the Queen classic is really setting the stall but the band deliver. At first glance, The Chats look like the band that has got together from various band members who have been kicked out of other bands, just before they got big and made something out of it.

Vocalist and bassman Eamon Sandwith has a haircut that can only be described as a ginger bob mullet and he’s whiter than the queen of England and no less regal. Collectively this unlikely band look like they’ve escaped from the Beano and Summer Heights High to wreak havoc on the bourgeoisie.

And more importantly… to get as wasted as possible at the same time.

It’s a plan that may well work.

Musically they sound like Jonny Moped meets the Sleaford mods on far too much Ketamine and… it’s all good. In fact, it’s better than good. This is the future of rock and roll in a neatly packed pub grub, rock meal. 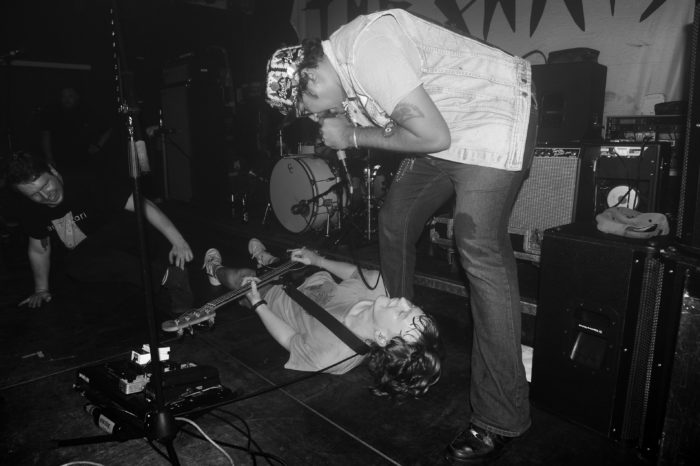 The crowd know the familiar three chords, back to basics, no bullshit, Aussie, bogan boogie when they hear it. It’s not rocket science but it does have a LOT of altitude and even more importantly – attitude.

There are songs about buying drugs on the internet,  songs about wanking and of course ‘This Is Smoko’ – the song that broke them 4 years ago. Cassiopeia erupts, bottles fly, the crowd do their best to dive off a 2-foot stage then fall flat on their face laughing.

Gig of the year without a doubt. 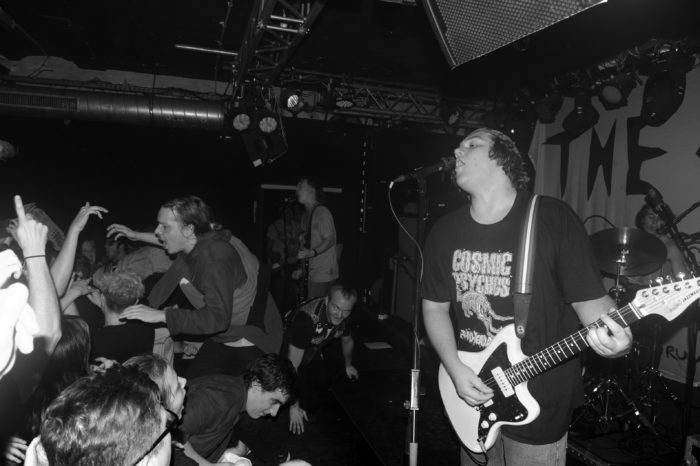 Photos and review by Martyn Goodacre