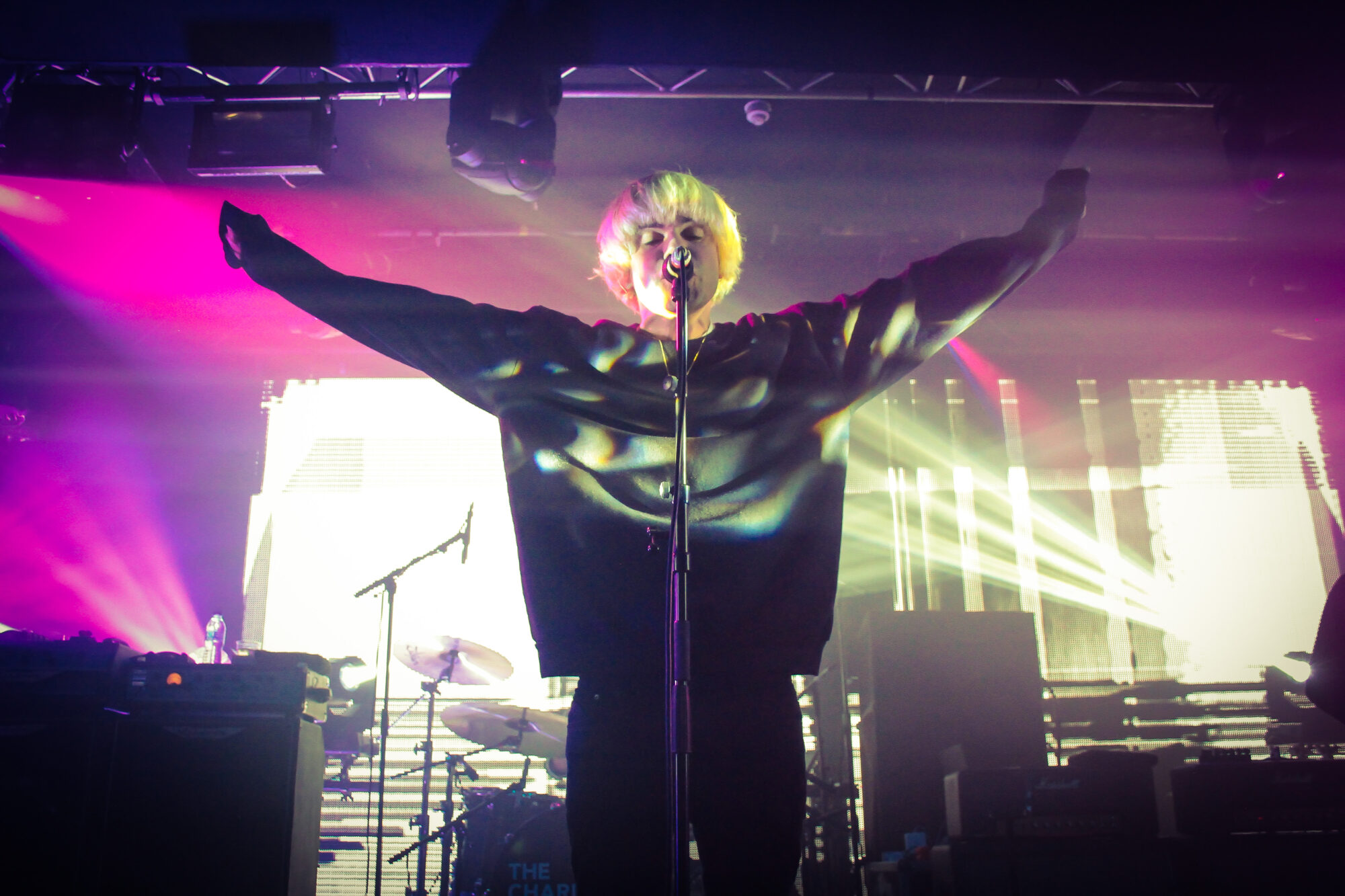 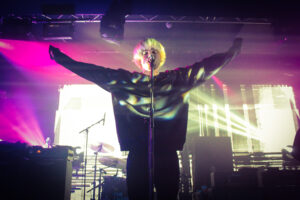 It’s been a great year for The Charlatans – back in January they released one of the best albums of their career in Modern Nature and they’re completing 2015 with a UK tour.

“Cheese? You eat cheese with your Christmas cake?” Frankie and the Heartstrings are selling promotional Christmas cake from the merch stand at Rock City after opening first night on The Charlatans Modern Nature tour. Somewhere above us Riding the Low are about to take to the stage (having swapped places with Frankie last minute) but the Heartstrings need to know what cheese best accompanies the confection they’re promoting their Christmas single with.

A rare beast, much feared these days, (Too Right) It’s Christmas is a quick-stepping track bubbling over with the excitement of the pending festive season complete with middle eight chat with featured artist Edwin Collins and both call and response and gang vocals that crescendo giddily close to Come on Eileen territory. It manages to capture fun and folly of Christmas, to swell with the comfort and joy rising around us without relying overly on tired-old tropes like excessive sleigh bells or children’s choirs. It is a thing of understated and beautifully harmonised wonder, exactly right for a Christmas song.

Riding the Low share some of these virtues despite being a band for all seasons. If you’ve heard them before there’ll be two things you already know: they are fronted by Paddy Considine and that these songs are imbued with his love of Guided by Voices. But write them off as an actor’s vanity side project and you’re missing out on some worthy rock n roll.

They are a band with a knack for a catchy riff that in less skilled hands could slip into mundane DadRock territory, whose lyrics are about the that often overlooked but nevertheless deep everyday love between friends, and whose standard rock swagger packs a few surprise punches. These are understated but uplifting indie anthems, solid melodies with down-to-earth but intelligently expressed lyrics; songs to throw your arms around your best pal and slur ‘love you, duck’. Get into them now, if you haven’t already, ahead of the promised new new long player next year.

But right here, right now, it’s time for the winter leg of The Charlatans Modern Nature tour to kick off. They open the stage, as they do the record, with Talking in Tones. The echo of electro, the pinched percussion, the languid vocal all part of the creeping ember along the touch paper of these tracks. The anticipation across the audience simmering before the band took the stage has nowhere to go with this slow build; it fizzles in the dark as strobing lights catch the eyes turned toward the band.

And then that expectancy, that glowing strand pulses toward explosion with the organ riff chopping straight through the bubble of bass around the swirls of guitar. Where on record you get that great catch of breath before a fall into the vocal of Weirdo, tonight that intake is from the audience and then we are in the clutch of a song we know so well it is part of all our DNA. This moment is out of time, the music suspends us between the vitality of hearing this now and the drag of feeling it somewhere in the past. We are at Rock City but we are also at a hundred small town indie discos, pressing play on the cassette in our teenage bedrooms, timidly making eyes across a common room or abandoning self-awareness to dance across kitchen tiles.

This is one of the many things to love about The Charlatans: they are then, but they are now, and tonight they will accompany on all stops in-between.

The sing-a-along continues with North Country Boy, the simple integrity expressed one of the many reasons the love for this band has run so deep for so long. Oh!Vanity and Bad Days get an outing from 2008’s You Cross My Path and let a little gloom creep around the edges of what is for the most part a joyous set, a set built to uplift, to give you a cuddle on a cold winter Tuesday and let you know that everything will be alright in the end.

A tremendous run of songs powers us forward now – So Oh, Tellin’ Stories, Just When You’re Thinking Things Over with Tim bent double inspecting the frontline of the crowd, Trouble Understanding, the often under-appreciated Blackened Blue Eyes and the majestic Let The Good Times Be Never Ending.

This is the rally call for the latest album; a love letter to what has gone from what remains, a statement tonight from the stage to the audience. The loose funk feel of the organ and tickling percussion, the drawling flatness of the vocal through the verse only for it to barely contain the sentiment as the flows through the chorus.

There is a lull now, a sludgy trip out from their earliest days as Opportunity expands outward across the stage. This is imposing in its seismic drone but there’s a feeling most of the audience don’t know what to do with the sonic behemoth, that it’s not unwanted or unexpected but it is unwieldy.

They head back to more familiar territory with a second half to the set which flips between the now and the then – Emilie, One to Another, Tall Grass, How High and The Only One I know. This is a relay race of heavy tunes, barely giving the audience time to draw breath and steady themselves before the next hit is delivered.

It’s noticeable that despite being just shy of a year-old the tracks from Modern Nature feel just as familiar as those that have been around for two decades. They have that signature sound, sure, but they aren’t clones of earlier material and so it’s impressive that this band are still making so many songs that have that strength to stand alongside indie classics.

They end the main run with the itching-on-the-inside euphoria of Come Home Baby. This is might slow the audience after the nostalgic sing-a-long highs of the stone cold classics that came before it tonight but it is the ending the band needed for this set.

Come Home Baby is The Charlatans through to the core, a band who have transcended genres and ridden out the ebbs and flow of their career, of life. They are a band who from grief pull love and this song embodies the theme of Modern Nature: let your heart glow warm with adoration even when it is fractured from the frosts of loss, let your joy be ever unbound and let your love shine to light the darkness around you.

They give us a final three in a encore of You’re Not Very Well, Here Comes A Soulsaver and the obligatory final psych out of Sproston Green, a song that manages to stay ever so slightly bigger than the expectation around hearing it so it’s never overwhelmed by its own hype.

Modern Nature is a record of rebirth, of healing, of hope and a determination to really live. Live is doesn’t have to emotional swell of gospel choirs but rather the record is presented with occasionally faltering honesty, sometimes too indulgent in its spin outs.

But add in the euphoria of their anthemic classics and you’ve got a set which spans a 25-year-career, brings people together to lift their voices in song. It unashamedly shows that music is indeed a form of love and fittingly for the festive season it brings both comfort and joy that we’ve got it in spades for this band still.

All words by Sarah Lay. Sarah is Editor of Louder Than War, suggests a mature cheddar with Christmas cake, and you can find her on Twitter. You can read her other words about other music on Louder Than War here.

Images by Kristen Goodall. You can find more images and reviews by Kristen on Louder Than War here.