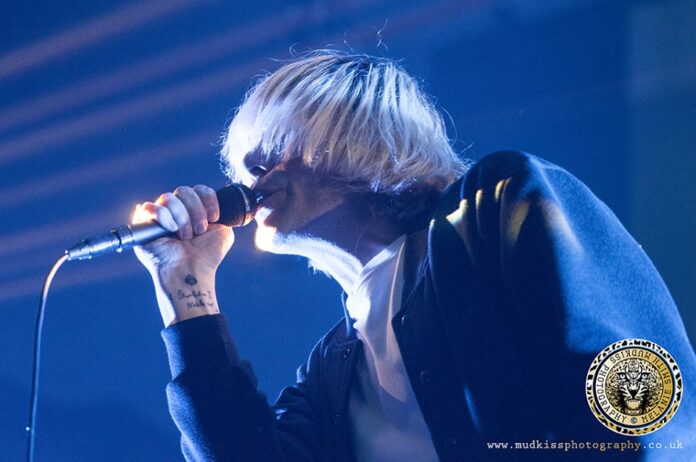 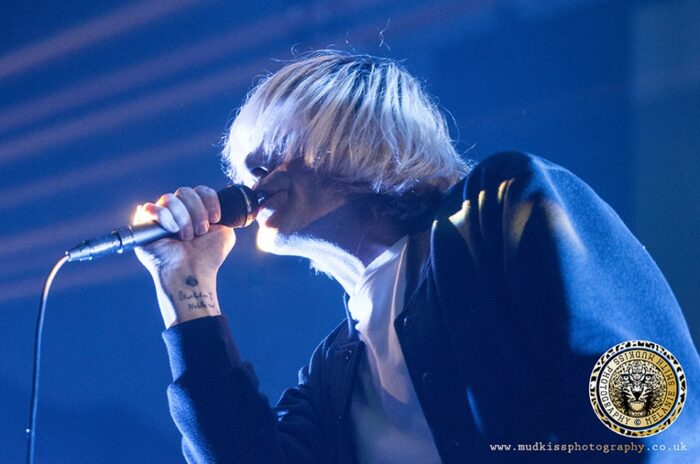 Photos Of Tim Burgess on this page © Melanie Smith.

*See also this review by Mary O’Meara of the same show with an extensive photo gallery.

This is the band that refused to die.

There is so much bonhomie, good vibes and celebration of everything that’s great about rock ‘n’ roll that oozes off the Charlatans tonight that its hard to remember their difficult career with its heartbreaking deaths that would have flattened any band.

The Charlatans are true survivors in all the best possible ways. Their refusal to give up is a celebration of lost members and their creative highs – like on the new album Modern Nature are proof of their burning spirit that defies their unlikely veteran status.

Unlikely because Tim Burgess maybe 47 but somehow looks younger than that day I went to interview him for Sounds when they had just handed out their first demo cassette around town to the 3 people who made up the ‘media’ in Manchester at the time/ unlike the thousands who do in 2015!

The crumpled cassette and its accompanying handbill sounded like a band fully formed and I went down to Northwich to interview the shy singer whose oozing fandom and deep knowledge of music has never left him.

Tonight is the first time I’ve seen them without the great Jon Brookes on drums and it’s a misty-eyed moment as I think back through all those years to the youthful band with their thick black country accents and skinny hipster singer born in Salford arriving at the back end of Madchester and making it on their own terms and writing their own chapter in the story.

They could have so simply been engulfed by the whole thing but they had their own sound and their own pedigree, reaching deep into the northern soul fused end of scooter culture and mod clubs gave them a strong background and when they added Tim Burgess to the line up they had their pefect mini baggy icon – a charismatic waif kid who was one of those musical encyclopaedias whose frame of reference belied his then youthful years.

Tonight is drenched in the emotion of the past because it’s a home town show but it’s also about the now and the band sound tougher and leaner than ever. The Verve’s Pete Salisbury does a great job stepping onto Jon’s drum stool and there is an urgent power about the whole rhythm section with Martin Blunt’s bass combining the Motown swing with the JJ Burnel prowl. The keyboards are still the signature, the stand out flavour and Mark Collins remains the mini Keef from Chorlton with his beggars banquet of guitar licks. 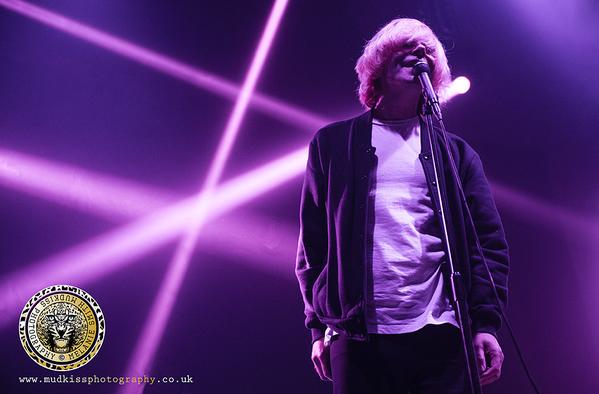 They survived death, they survived going out of fashion and they came back in the middle of Britpop with Mark adding that Stones swagger and sticky black voodoo to the mix. This was their second crescendo and they are now on their third with their great new album and live gigs as invigorating as this one.

They have even survived longevity – the toughest call in any band and in a packed Albert Halls the walls sweat with an adoration and anticipation for the band. In recent years Tim Burgess has taken the opposite Ian Brown route- there is nothing coolly remote about Tim, there is no mystique about what he’s up to. Ian Brown stalks the outer fringes of the UK like some long lost wizard and that’s part of the Roses magnetism whilst Tim is banging away on twitter about coffee and music. It shouldn’t work but it does. As he bounds on the stage you realise that he must have met or tweeted everyone in this room at some point in time and the tidal wave of love for the singer and his band is immense. It’s like one mass selfie, a perfect example of rock ‘n’ roll for the twitter age.

Tim’s voice has grown stronger over the years and tonight owns the songs. The gig is drenched in emotion and celebration as he fronts a set of jukebox hits and cuts from the fab new album.

Like a peroxide Brian Jones or ageing pin up who never aged, Tim Burgess oozes enthusiasm and charisma and own the place in a modest and slightly coolly awkward way that makes him even more endearing. This a thoroughly modern pop star – the engaged superfan- the DIY kid who collects records, brings the great Factory Floor on tour with him can talk about Section 25, Chris and Cosey and Bob Dylan in the same conversation and sticks his name to underground records that he pays to release.

And it doesn’t affect the band who break all the rules of distance but maintain an enigma.

Most bands at this stage in their career would be bored and tired but the Charlatans seem to be even more up for it, maybe it’s the Tim Peaks coffee or maybe it’s the realisation that they are a classic band on their own terms now and that they have the catalogue to make a gig like this really work.

They enter to the loping groove and building Forever, before going for a zig-zag wander on the ever weird Weirdo, later on North Country Boy resounds round the roof of the amazing venue like a football anthem- the Only One That I Know has a new bouncing toughness – these are some of the hits that are part of people’s lives.

But it’s the new album, Modern Nature, that somehow swims against the tide and stand out in a set stuffed full of classics. Trouble Understanding, Let The Good Times Be Never Ending and Talking In Tones hook onto a dark funkier, darker and slinkier undertow but still pack the big choruses. That the band can have one of their best selling albums for years at this stage of the game and still be on a creative high is tantamount to a band that doesn’t play by the rules.

Tim Burgess may look like a floaty hippie kid but he has a steely resolve, only a true fan can understand what goes wrong with bands and when applied to their own artistic endeavour it can make sure that they never go flabby round the edges.

Tonight was a triumph and a new chapter in one of the great stories.

~
Keep watching Louder Than War for a photo gallery from the same show and another review by Mary O’Meara.

All photos by Melanie Smith whose website is here: mudkissphotography.co.uk. She can also be found on twitter as @mudkissphotos.

All words by John Robb, more of whose writing on Louder Than War can be found at his author’s archive. He’s on twitter as @johnrobb77.