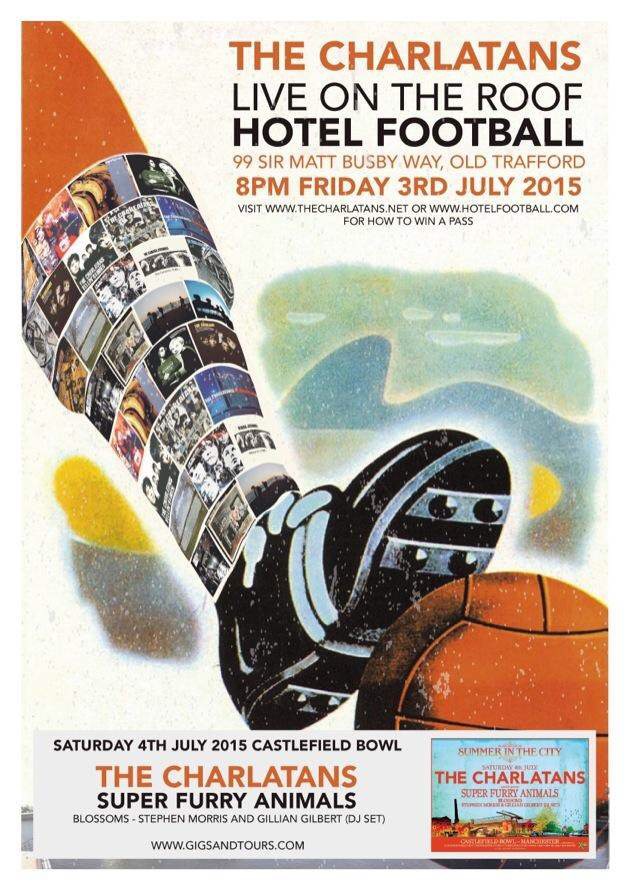 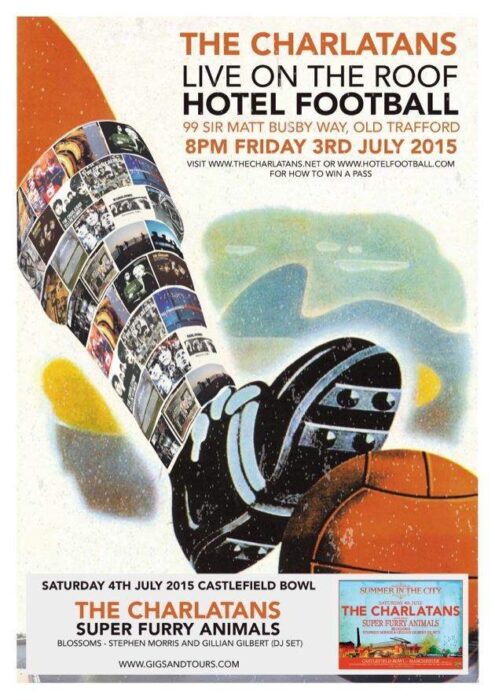 The Charlatans have announced a special gig that is tied with their upcoming performance on July 4th at the Castlefield Bowl in Manchester in the summer. Tickets available for Castlefield gig here.

The night before the Castlefield gig they will be playing a very special gig on the roof of Gary Neville’s new Hotel Football in Manchester .

Tim Burgess enthused to Louder Than War “There’s a good history of gigs on rooftops, so we jumped at the chance of playing. Gary and I talked about it when we played at The Albert Hall. We’re really looking forward to it – we hear there might be a kickaround with some extra special guests before the gig too”

Gary Neville is a big fan of the band.

“I’ve always loved the Charlatans so I was delighted when Tim wanted to host the exclusive gig at Hotel Football in ‘Heaven’.Great music, surrounded by some of the best views in Manchester – it’s going to be a night to remember.”