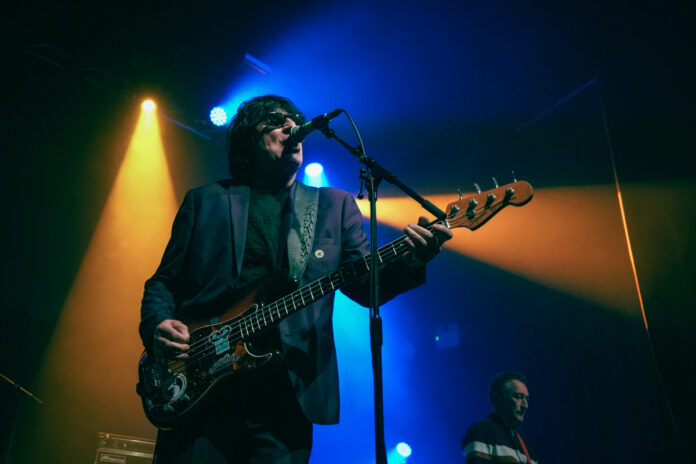 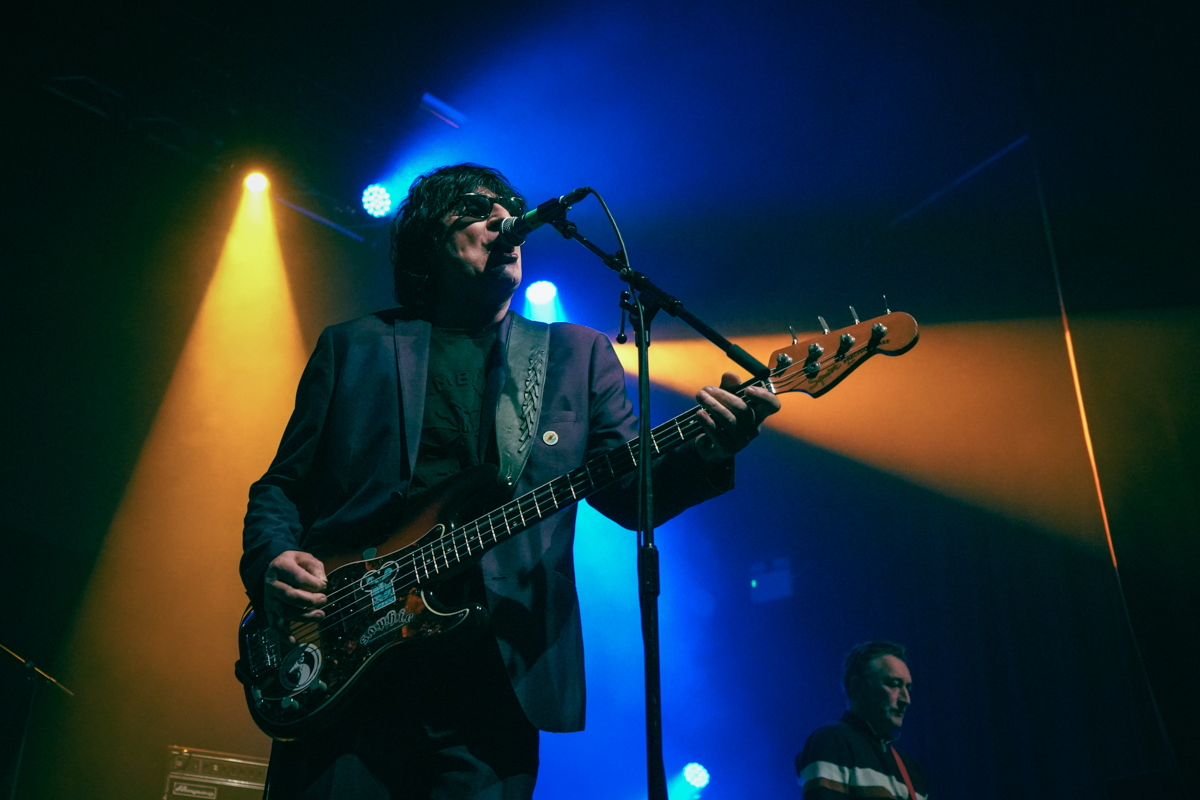 The Chameleons arrive back in their hometown for a second night of 40th Anniversary celebrations with the ever growing Manchester favourites Ist Ist and old school Leeds goth rock band Salvation bringing the party to a packed out Ritz. Wayne AF Carey and guests tip up early…

Apparently, the night before was a triumph and people who were there are returning tonight to see another set of, hopefully, Chameleons classics, if Mark Burgess’s solo gig was anything to go by at Night N Day earlier this year (reviewed here). I arrive to a much empty Ritz and wonder if everyone is shitting it about this Omicron variant. Not a chance. I’ve seen similar things happen before and with it being an earlier start than usual it’s a slow build. 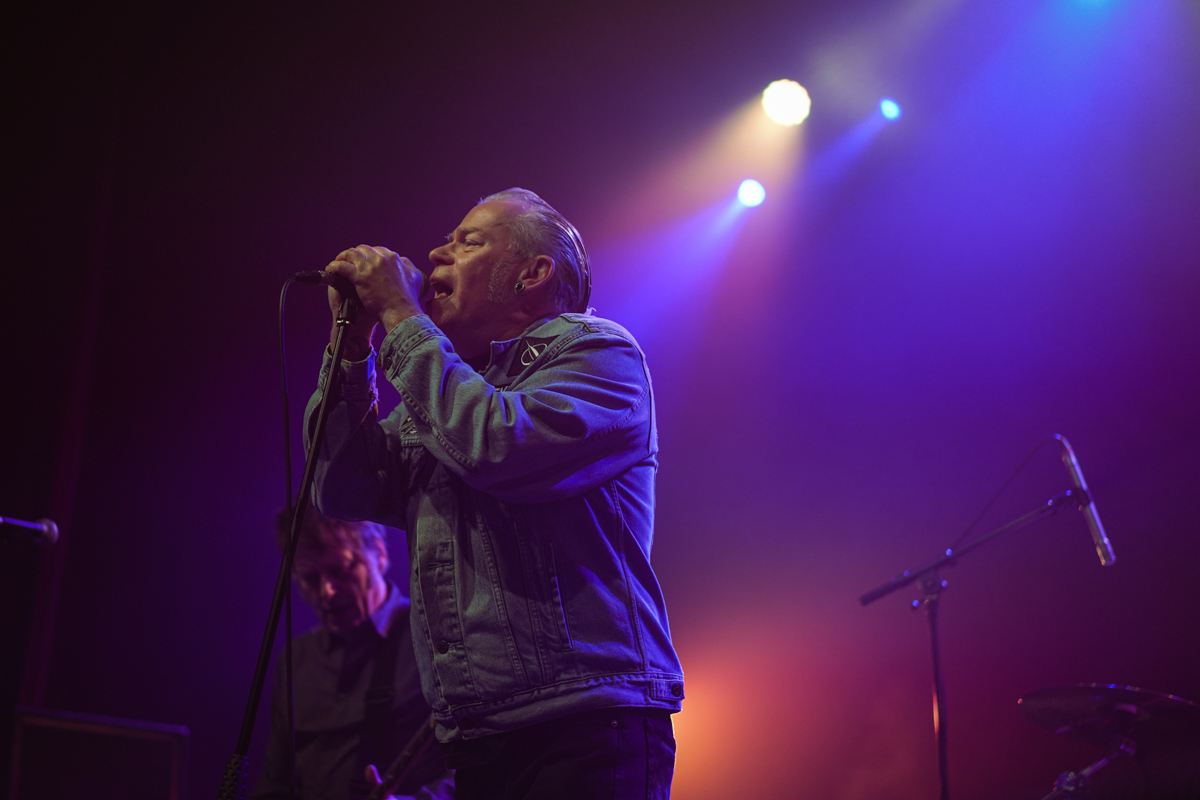 By the time opening band Salvation come on there is a moderate crowd to witness Danny Moss and his band of Eighties troopers rock through an old school set of their own brand of Goth post-punk, which has been described as the lighter sound compared to the darkness of their counterparts Sisters Of Mercy and The Mission, who they’ve toured with a lot in the past thirty-plus years. A nice set of stadium-sized numbers that have kept their cult fanbase following them all over the place, and it’s good to see Mark Burgess giving them the opportunity to keep the flame alight for the Leeds goth contingent. 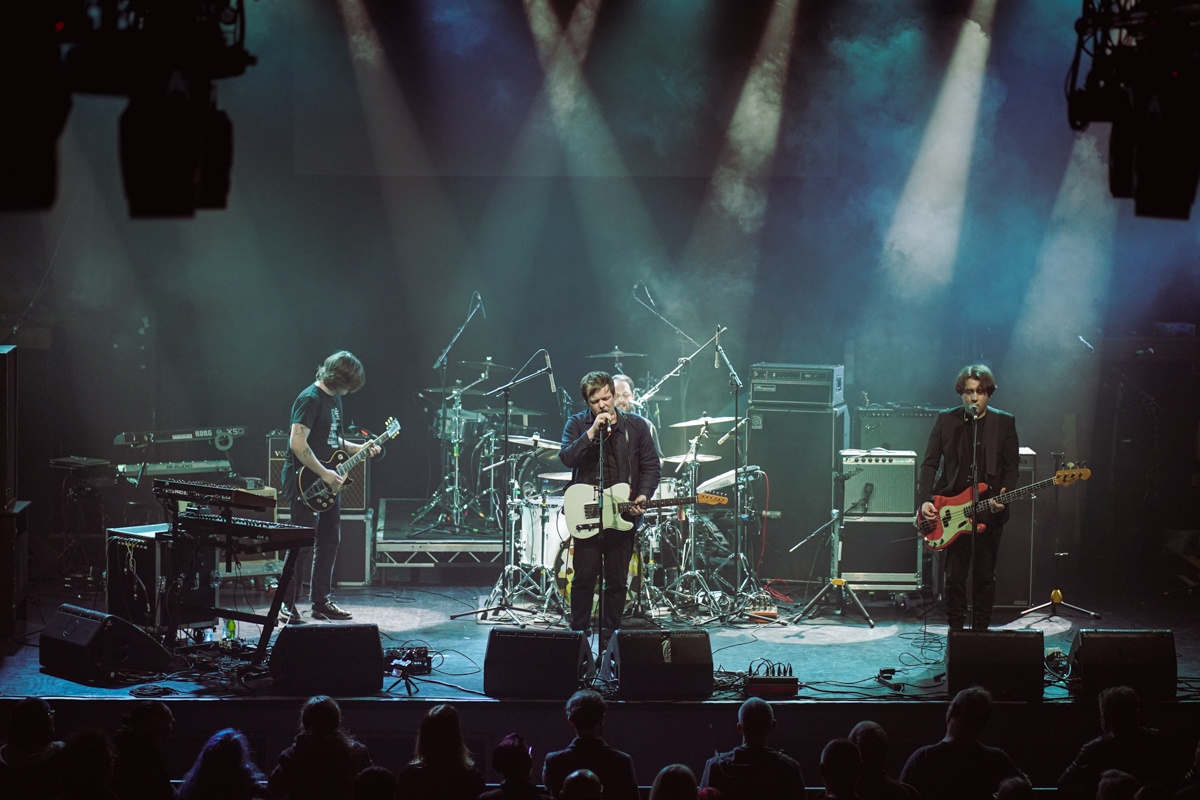 Ist Ist were destined to support The Chameleons. They’ve worked their way up through word of mouth, released two albums, the stunning Architecture and The Art Of Lying, and are blowing up the live scene with their dark looks and monstrous sounding tunes. They only played the Academy 2 last week and are ready and armed to take on this swelling Ritz crowd. This is the first time I’ve caught them live (much to my shame) and it won’t be the last. A sprawling set of tunes including an opening Wolves which just blasts over the crowd in a wave of power from the rumbling bass and the dulcet tones of Adam Houghton. I’ve always had a kind of a modern Joy Division feel to their sound on record, yet tonight I hear a bit of Interpol and Editors in the sound but with their own dark twist that thrills, especially on the brilliant You’re Mine and the stunning sonics of Black. This is a band that are creeping up quickly to those sold out Apollo dates by the end of 2022. A nice slice of dark post punk for the masses. 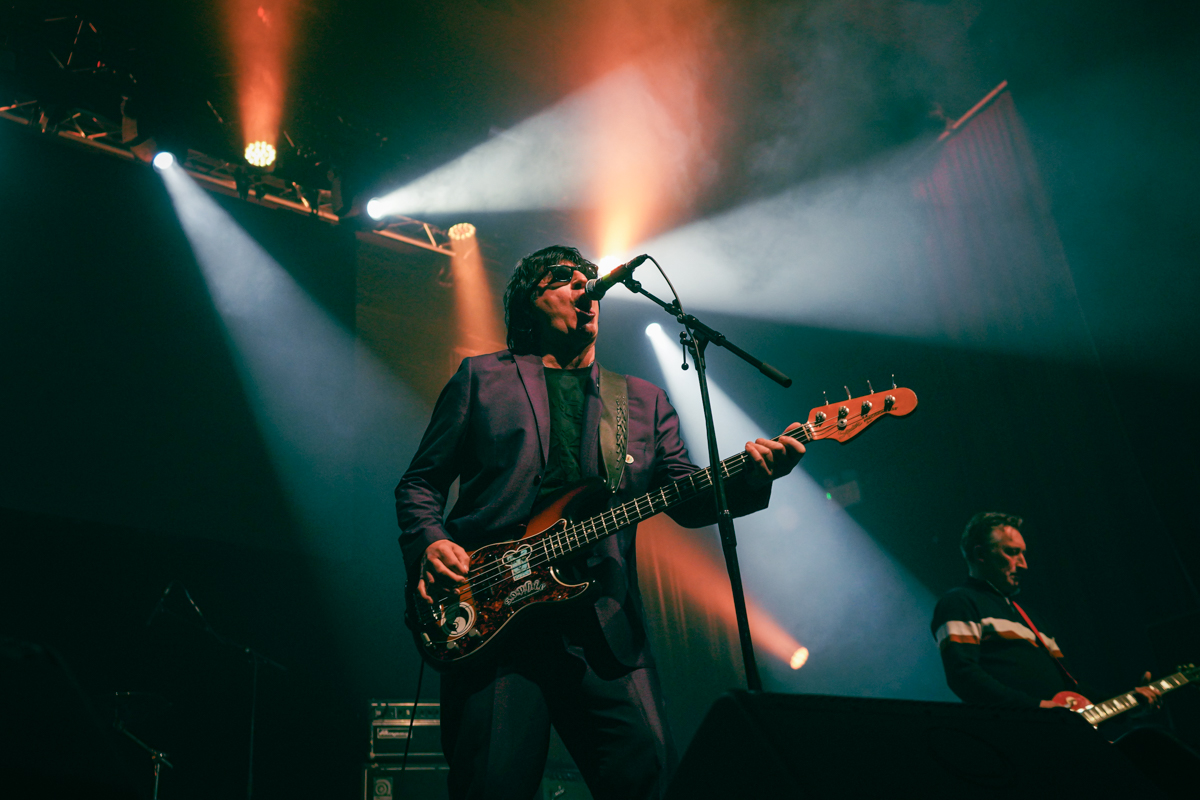 I don’t know how they sounded last night but tonight is special. The crowd is swaying with excitement as Mark enters the stage with his old buddy Reg Smithies by his side, also joined by Danny, Neil and Steve on guitars, keys and drums. The knowing audience go wild to fan favourite The Fan And The Bellows, and it’s like they are back in full sonic force from those days of old when the band were knocking on that door to mainstream success. It’s a nostalgic set of greatest hits including strong tracks like In Shreds and to my surprise they air the anthemic Up The Down Escalator really early into the set which goes to show they have an arsenal of songs for an encore, as Mark B would say, a bit like Man City’s sub bench – all class. The atmosphere is tingling tonight, I’m watching from the balcony which is unusual yet there’s less chance of contagion up here. It’s amazing to see how many fans old and new are here to witness a band at the height of their power forty years on and the vibe is fantastic. A lot of people here weren’t even born when they played their Eighties gigs yet they know every word to most of the tracks, including a swaggering Swamp Thing followed by an echoing majestic Second Skin. The City subs are all brought on for the encore: John Stone – Singing Rule Britannia, Kevin De Bruyne – felling us all with an arched swinging Monkeyland, Jack Grealish – Don’t Fall and it certainly doesn’t, standing up tall like a sonic boom, and then an amazing cover of The Damned’s – New Rose just to rub in how good they are. Ignore my football bollocks if it sounds gibberish! The Chameleons are back like they’ve never been away, as powerful as ever, to claim their crown of the earlier penned Sonic Cathedral…