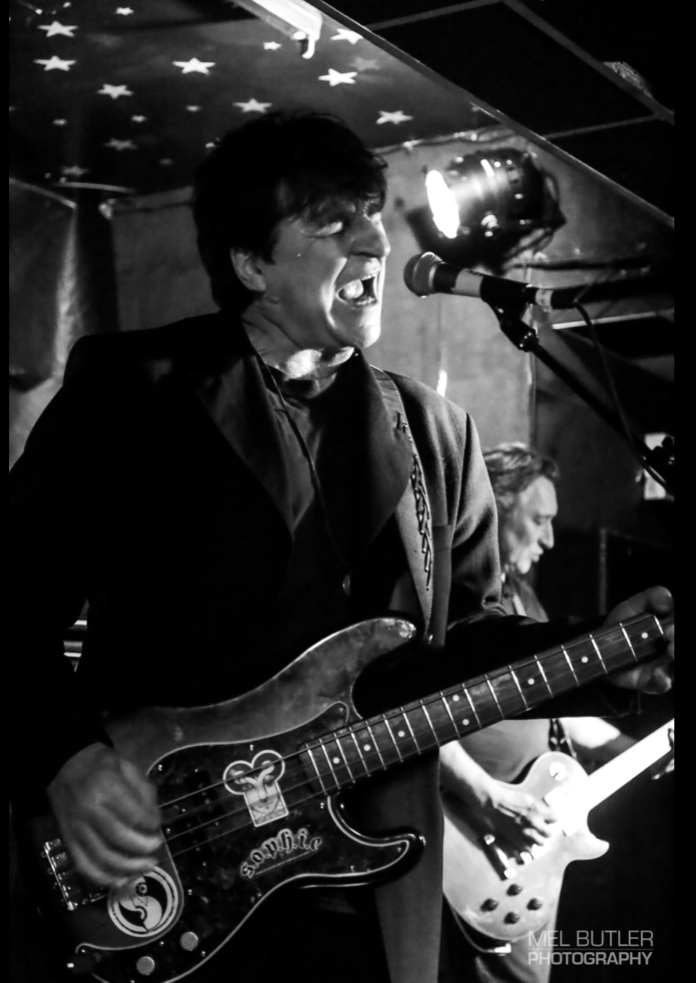 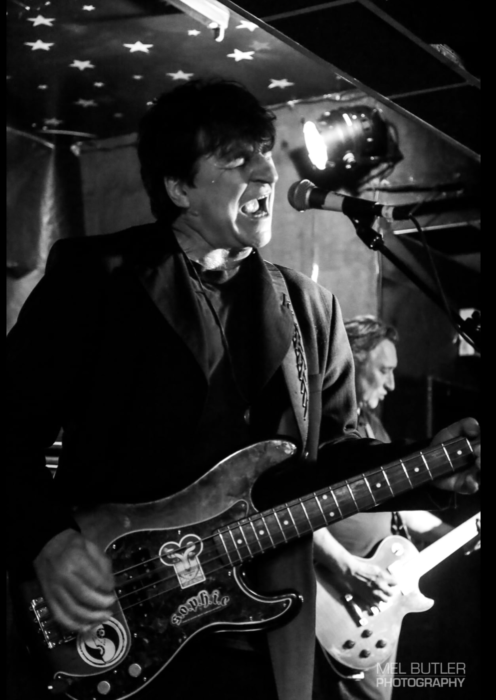 Something is going on out here.

After decades of being on the fringes of the big breakout and then often grabbing defeat from the jaws of victory, The Chameleons have decided to get their shit together. Not that they were ever hit or miss musically.  Business and bust ups and the million other factors that conspire against bands were always in the mix but the music lived on.

They had arrived fully formed with a distinctive sound and mood in the earliest of days in the post punk war zone of Manchester. The then twin guitar weaving of Reg Smithies and Davie Fielding created a unique new psychedelia for Mark Burgess to bind together with his bass and emotion laced vocals. They had a unique sound that perfectly captured the times and were on the fast forward slipstream for U2 style stadium success.

The band were always a Mancunian institution. They could sell out 2000 tickets for the Manchester Free Hall in 1985 when most indie bands were lucky to get 300 to a show. They had the sounds, the songs, that stunning weaving two-guitar interplay and the anthems and their logo and idiosyncratic artwork was on an army of leather jackets in the city.

Somehow even then they were outside the narrative and the Hacienda would offer them fifty quid for a spot on the local band night even they would sell out the venue out when no one else could.  The more snooty end of the city didn’t even seem to know they existed and they were beyond the narrative for most correspondents who were not part of the gig hustle and bustle in the city. Despite this they were soon on Geffen Records and somehow, despite a series of great and much loved albums, they became the stadium band who would never play stadiums. The great lost band of post punk whose influence is everywhere in bands who embrace the form from early Roses, Verve, Flaming Lips, The Killers, Interpol, The Charlatans and many many more bands including the raft of new moody young bands popping up worldwide. They were seen as the next band to break big and then it all imploded and resurrected over and over again.

They lost members, lost direction but the heart and soul was always there and those songs full of sensitivity and sonic sensuality were secret treasures.

In 2022 after various incarnations and name tweaks they are on a roll and a sell out tour playing their classic second album, the 1985 released What Does Anything Mean? Basically. the band have become the finest of the fine wine bands – groups who somehow kept the intensity that made their music urgent in the first place, kept the melodic perfume, kept the emotional raw power and couched it with a tight band who embellish these much loved anthems with their own flourishes.

These days only singer/bassist Mark Burgess and guitar player Reg Smithies remain from the volatile early line up but the whole band make these songs come alive and fill the rooms with guitars player Neil Dwerryhouse helping to bring the guitar meshing with Reg back to life. Burgess is still the charismatic shamanic frontman with a voice closer to the west coast melodies of the then contemporary post punk Liverpool bands than his home city droogs.

The songs are still engulfed with an emotional rush and that big yearning that makes them more than mere indie anthems. These are big songs waiting to get the chance to find their full audience. Everyone in the room knows this and the deeply personal connection with the band and their music is vital. You can feel the power of the music and the intensity of devotion – it’s not like any other show. The packed house is immersed in their beautiful muse – the audience know they are onto something special and they will the band to get what they deserve. This music is too powerful and too emotive to be shared between the knowing few and when delivered as well as this it steps up onto another plateau.

The album is played out in its entirety and in order which is always interesting as many albums are not constructed as live sets but the ebb and flow of the hallowed work and the audience devotion to an album that has meant so much to their lives make for a spellbinding evening.

Of course In Shreds still captivates as the classic cuts like Home Is Where The Heart Is and Second Skin are the live standouts with exquisite chord changes and waves of sorrow and pools of joy melody lines that pull you deep into the songs.  Second Skin brings the house down at the end of the set with Mark handing the bass to keyboard player Danny Ashberry to emote uninhabited like a wild-eyed preacher man conducting the symphony of emotion in the room in a stark and powerful reminder of not only how devotional and powerful live music is after the 18 months of plague times but also how rare bands like the Chameleons up the ante to something truly extraordinary.

This is less a rolling back of the years, less of a warm embrace of a glorious past but a platform for a new future. Oddly post punk has never dated. So many modern bands have made careers out of this sound – from the Killers to a whole plethora of moody modern melancholic indie who have often been described as having a Joy Division influence when the Chameleons have also been massively in the mix.

Where the band go next is fascinating – a new album? A step up to even bigger venues, the future is theirs, all bets are off and the rule book never existed in post punk anyway.

Support comes from Atari Doll – a young local band with an alt rock sound, big dynamics and a big voiced vocalist who can really sing. They have some aching choruses and a bold sound that makes them stand out from the over populated genre. Their bold sound promises a big future and these local gigs and supports are honing them down to their own big future.