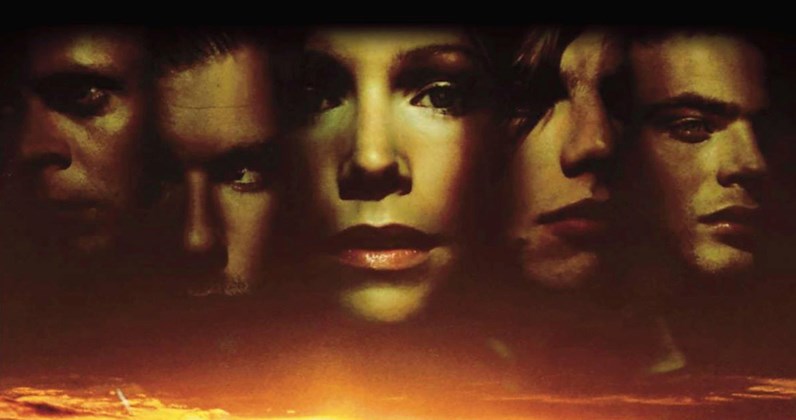 Lovefool me once…The Cardigans had swooned and satisfied the globe with their gloopy indie pop, but they had a surprise in store. Gran Turismo would ditch the ditziness for dark trip-hop and songs of abuse. Sam Lambeth looks back as the album celebrates its twentieth anniversary.

If you went down to the woods during a bleak winter in 1997, you really would have been in for a surprise. Among the icy stalactites, thick frost and unforgiving conditions underfoot, a Swedish chanteuse with icy blonde hair and similarly ethereal features was comforting a long-dead creature. Not to be deterred, the woman in question took said animal, a deceased bat, to her place of work.

“I took the bat back to the studio, nailed it to the wall and sang every word to the bat, but to nobody else,” said Nina Persson, frontwoman of globe-gobbling rock band The Cardigans. If it sounds like the behaviour of someone teetering on the edge of a breakdown, that assumption is not far off – by 1997, The Cardigans had been Sweden’s most successful export since ABBA, with appearances on Beverley Hills 90210 and worldwide tours under their black belts. For Persson, though, it was a ride she wanted to get off.

That sense of disconnection and distaste bleeds into the band’s fourth album, Gran Turismo. Released in October 1998, the album became – to Persson’s chagrin – their most successful, spawning a global tour that would last for three years and a slew of successful singles. However, the record’s sound eschewed the bubblegum pop of old for a much sombre, artificial aesthetic that fell somewhere between the moody pre-Millennium mope of Radiohead and the trendy trip-hop of Tricky.

Those surprised by Gran Turismo’s sharp left turn obviously had not read up on The Cardigans’ taste for change. Since forming in the early nineties at a Swedish art school, they proved impossible to pigeonhole. Lest we forget that Persson and the gang were raised on a beefy diet of black metal, before slowly discovering the jangle pop joy of The Smiths and The Stone Roses. Deep Anglophiles, they honoured the country by naming their debut album Emmerdale, allegedly because it was the most British name they could think of (although there were no guest spots for the Dingles).

Gran Turismo, then, showed natural progression and a desire to evolve. Persson channelled her alienation into aching, trembling vocals. Her voice, both volatile and velveteen, soars and sighs on the downbeat groove of Explode, while the chunky guitars and fragmented beats of Higher enable her tight rasp to truly shine. Junk of the Hearts and Marvel Hill also display the band’s mercurial talents, bringing together textural fretwork, thumping bass and programmed beats.

The three singles showcase the energy and drive of old. My Favourite Game ensured The Cardigans would never be resigned to one-hit wonder status, a blistering rocker replete with a nagging guitar riff and cinematically gorgeous music video (where Persson careens through the desert in a convertible, dragon tattoo and all). Erase / Rewind was something different. More elusive, slippery and almost out-of-reach, it had a glacial beauty wrapped around a menacing bass line, eerie keyboard motif and stop/start drums. The third and final single, Hanging Around, almost served as a composite of the first two – snarling guitars and ghostly synths intertwined with Persson’s fragile vocal. The video, a homage to the Polanski flick Repulsion, again showed The Cardigans were able to provide stunning visuals to equally arresting sounds.

Gran Turismo proved to be a worldwide success, cementing The Cardigans as one of rock music’s trailblazers. However, once the world tour finally came to a close at the turn of the century, Persson wanted out. They eventually reconvened in 2003 for their greatest record, the beautiful, broken country rock of Long Gone Before Daylight, and 2005’s reliable Super Extra Gravity. However, despite sporadic gigs since, the band’s future as recording artists seems to dangle on Persson’s desire. “I have to feel 100 per cent conviction about doing another Cardigans record,” she said in an interview back in 2009, “and right now I don’t. I feel terribly guilty, yes, as I know they are waiting… It’s not my fault I’m irreplaceable, is it?” Nearly ten years later and it seems she’s yet to be truly convinced.

The Cardigans will celebrate Gran Turismo, however, with a UK December tour, where they’ll play old classics as well as the record in full. It may have caused anxiety, ill feeling and insecurity, but Gran Turismo was a game that took The Cardigans to another level.

The Cardigans are on Facebook. They tour the UK in December.