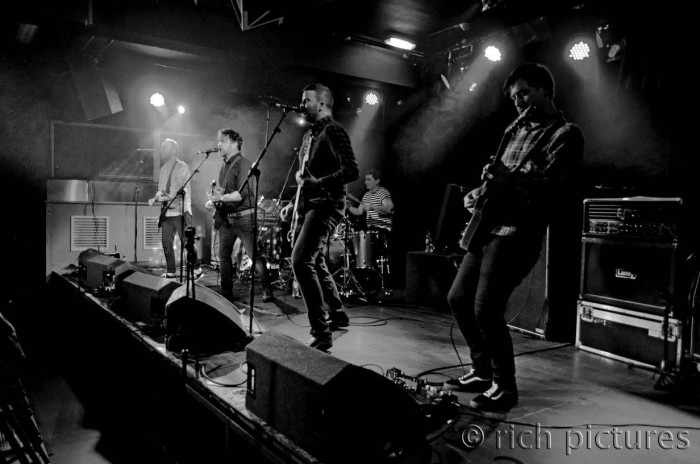 To be in a great band the very first thing you need is a great rythm section, believe me when I say The Capital don’t have a great rythm section, they have a magnificent one. Rob Catlow (Drums) and Andy Sprake(Bass) hit the mark every single time.. 12 months ago I watched Rob and Andy along with Simon Humphries (Guitar) play in a tent at the back of a pub in Chorley with their band Failsafe, also on the bill that night was Seamus Mcloughlin (Vocals/Guitar) who me and Side (Evil Blizzard) had played Bass and Drums with for the best part of fifteen years.. Two guitars are clearly not enough so they’ve drafted in Nik Taylor from Next Stop Atlanta to top the cake off with a big fat juicy cherry..

What you also need to be a great band is a great vocalist, The Capital don’t have one. They have four. Nothing gets me going more watching a live band than when they have great melodies and harmonies, The Capital have this in abundance.. I normally don’t like to compare groups to other groups but think Ryan Adams meets a punky Pearl Jam with a bit of Sugar on top and you’ll not be too far off. Feck, did I just type that out loud?

A sad set of circumstances which I wont go into on here have brought these talented musicians together to be playing their debut gig tonight at Manchester Club Academy as first support to Evil Blizzard. It’s so great to see Seamus getting back to what Seamus does best and that’s fronting a great rock band.

Hitting the stage bang on 8pm and it’s blistering and relentless, first three songs, no stopping, no drinking, blistering, relentless and extremely loud, just as it should be.. This is what live music is all about. You can stuff yer karaoke zzzz factor bullshit right back down Simon Cowells throat because this is as real as it gets. More great tunes and then an old favourite of mine we used to do with Seamus called Rumour, I for one cannot wait to see them again, and so should you. 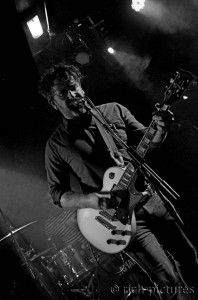 I’m guessing these lads have had a pretty crappy year but with that brilliant gig under their belts and talk of recordings early in the new year it’s time for The Capital to shine.

Talking to Andy Sprake after the gig (us bassists stick together) I asked him what track number 3 was called.. “Well you know how everyone is always telling each other to fuck off? “Aye.” “Well it’s called Fuck on, just cus, you know.” I told him I liked it, that’s how it should be..

Fuck on boys, fuck right on…