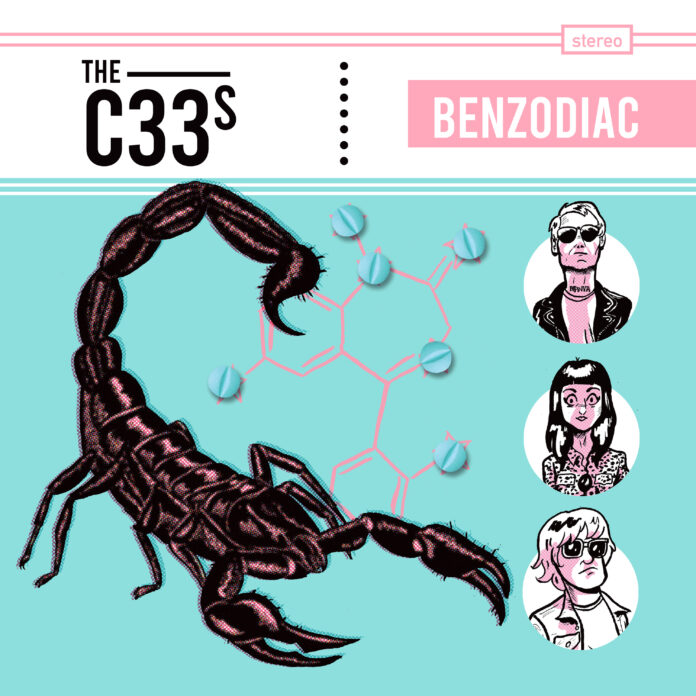 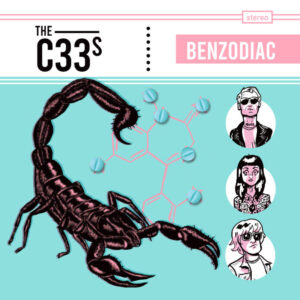 The C33s have already been blazing a trail on the grassroots underground scene for a couple of years now with their incendiary sets of garage tinged surf punk that has everyone talking who’s witnessed them live. Tracks like the excellent Harpurhey Hostility, describing the mean ‘rough as your dogs arse’ streets of North Manc and the stomping Manic Depression which made a big impression at their early gigs. Not hiding away and hunkering down in their Northwich rehearsal rooms, they are back with a spanking new EP which highers their standards ready for the next live onslaught, one highlight being their headline set at Annual Diversion Festival in July joining The Lovely Eggs and co for a two day bonanza of top tunes.

Stinkopolis is a belting opener with a proper Northern as fuck introduction from actor Steve Evets (Looking For Eric, Brassic, Cowboy Dave fame) and its sets the seedy undertone before banging into a cracking bit of classic garage surf with a chunky bassline and the twin vocal attack of Cav and Judy piling on the crunching guitar and percussion. Benzodiac continues the pace with loads of psychedelica thrown into the mix and sounds as good as the first time I reviewed it here back last year.

Rhoda Derry is a weird chugging nine minute beast of a saga that grips you to the end with a speeded up surf swamped tune. Evets makes another appearance in the story of a woman who fell victim to the cruel practices of the early 20th century mental health system. Her suffering brought monumental change to national practices of supporting the mentally ill and The C33s would like to dedicate this to her. Lovers Losers goes out in style with that Tarantino fuelled sound, ramping up the dirty harmonised vocals with a swirling bass line and a stomper of a tune that excites throughout.

A classic return and a big welcome back to an invigorating youthful trio of cool bastards.