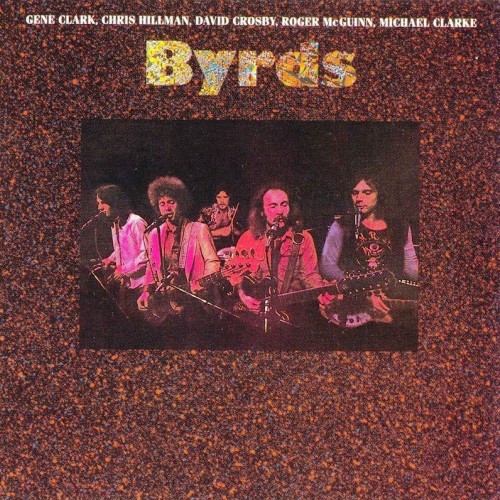 The Byrds: The Byrds (Remastered Edition) 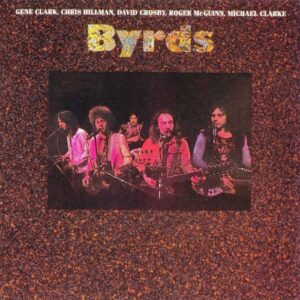 The Byrds’ self-titled 1973 reunion album, featuring all five original members: Roger McGuinn, David Crosby, Gene Clark, Chris Hillman and Michael Clarke  (the last time they would ever record together) – is given a remaster on Cherry Red’s Esoteric imprint with liner notes.

The Byrds had a rich musical history, with a phenomenal musical output from the mid to late ‘60s, making hugely influential records that ranged from folk-rock and psychedelia to country rock. They freed country music from its shackles of a mainly conservative audience and made it cool and accessible for the hip crowd, pissing off a few purists along the way. They made a lot of fucking genius albums in a very short space of time, beginning with 1965’s Mr Tambourine Man, shedding original members at a regular rate, and after 1968’s Sweetheart Of The Rodeo lead singer/12 string guitar player Roger “Jim” McGuinn was the last man standing from the original line-up. It’s unfair to completely dismiss the material that came after that, there were some moments of musical triumph, such as Ballad of Easy Rider or Chestnut Mare, but it kinda wasn’t really the Byrds any more. And as democratic it may have been for McGuinn to let the “new recruits” to write and sing lead on some of the songs, most of these songs or the album-filler cover versions weren’t very good. It has to be said though, that Clarence White whose life was tragically cut short in ‘73, was probably the best guitarist ANY band ever had, not just The Byrds.

This album was the last time the original line-up of Roger McGuinn, David Crosby, Gene Clark, Chris Hillman and Michael Clarke would ever record together, and indeed the last time the name The Byrds would be used again for a new record. It may have its flaws for some purists, but it’s still a beautiful record. You may think it doesn’t capture the classic sound of the Byrds, but wait! Firstly, they experimented with so any different styles that surely there is no “classic” Byrds sound, and also given how the records made in the 60s sounded very different to the 70s, and that goes for every band/artist, then it really doesn’t matter. The McGinn-penned and sung Sweet Mary is one of the album’s highlights, demonstrating that the band’s genius harmony skills were very much intact.

This album features eight original compositions, evenly shared by the band’s four songwriters, and three covers: two by Neil Young (Cowgirl in the Sand/See The Sky About to Rain) and one by Joni Mitchel, the Crosby-sung For Free. The best thing about it is that Gene Clark is …well…Gene Clark! And interestingly, this album is a companion for his Roadmaster album, which was released around the same time, also featuring all five Byrds on at least two songs. Said Clark solo album also features Full Circle, which is also rerecorded for this record. Apparently there were talks of calling this album after the song, which would have made sense, but Clark vetoed the idea.

So basically, what you get here is a warm and organic-sounding record in a mostly folk/country vain, produced by David Crosby and now remastered and reissued by Cherry Red, with no bells & whistles. No bonus material, no outtakes…well, there weren’t any to dig out any way. And you know what? Sometimes it’s quite refreshing to just stick to the original album, and do away with the currently fashionable hundred and fifty quid rip-off box set that features every take, every rehearsal, every fart and the good old “bonus one-sided 7” featuring a rare mono mix” – for fuck sake. You do however get an informative essay about the record’s background, and some nice photos in the CD inlay sleeve. Sweet as a nut.