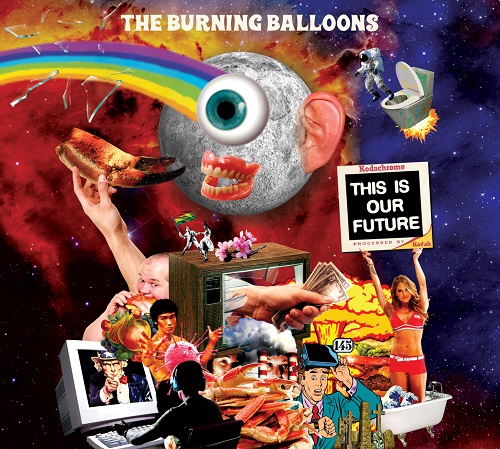 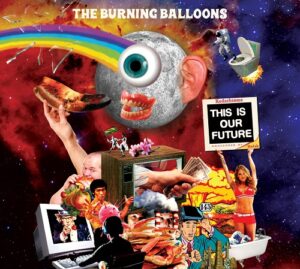 The Burning Balloons: This Is Our Future

Catalunya-based duo The Burning Balloons release a great debut of garage-psych that draws out the best of their previous bands.

So this is an album that dropped in my inbox a while back from ex-Fuck Knights‘ guitarist and now Spanish resident Ben Bachman. On the calibre of his ex-band’s output I was expecting some filthy trash garage batterings, especially considering that his latest project, The Burning Balloons, is a duo, but it seems that the presence of ex-Flashback Five Raul Romero has brought the psych edge to the table and together they have written a great garage-psych debut.

They open things up with Anaconda, aptly titled as it stealthily snakes from the speakers, simple beats, rising fuzz-lined guitar lines wrapping themselves around you, tripping somewhere between post-punk and psychedelia. It’s a song that pulls you in, drawing you closer and closer before they give you a kicking on the wilder ride that is Drained. The vocals are buried in a haze, but, despite that, it’s easy to discern that the track is a pointed attack on ex-president Trump. The first half of the album was previously presented a few years back as an EP and, naturally, its message would’ve hit harder then, but that doesn’t take anything away from it being a great tune.

Through the album, they flit between the drifting psych of songs like Kill Them With Kindness and the beautiful Almond Grove, which recalls the latest sounds of Allah-Las, and the more Black Keys bluesiness of songs like On The Run and Heart Of Gold. Modern Fuckers sees them settling closer to bands like The Warlocks in their dense and expansive sound while Cemetary 145 chimes over an oozing organ line, shuffling beats and overlapping vocals combining to dizzying effect, one that they double down on with La Lluna.

Burning Balloons are mining a wonderful set of garage-psych influences and, if they continue down this path, will hopefully continue to burn brighter.