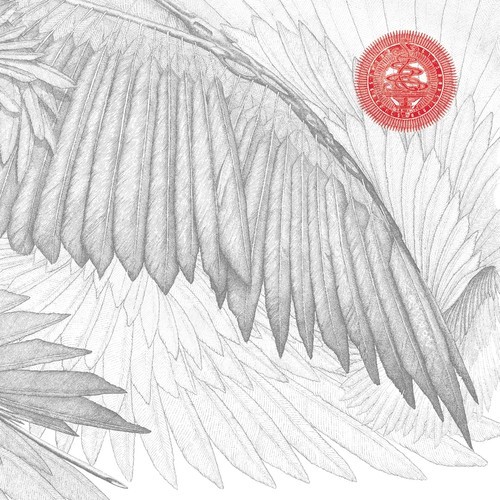 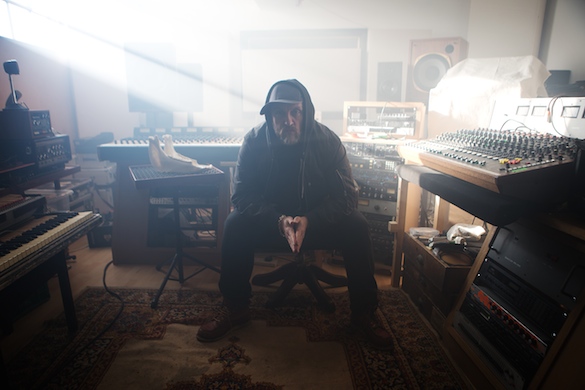 Photo of The Bug above © Fabrice Bourgelle

London-based highly experimental and hugely talented electronic producer Kevin Martin, aka The Bug, whose music’s been known to flit around an unbelievably diverse set of genres such as dancehall, dubstep, techno, noise, grime, industrial, jazz, ambient and hip hop (to name but a few), recently announced that he’ll be dropping a new album, Angels & Devils, at the end of August. He’s also just put two tracks off it up on the internet – check them out below.

In 2008 Kevin Martin released London Zoo under the moniker The Bug. In the fast moving, constantly evolving world of electronic music it’s pretty impressive that the album still sounds as fresh today as it ever did. But that’s The Bug for you – always ahead of the game. London Zoo was arguably a high water mark of the genre “dubstep” and, quoting from the press release, it “perfectly encapsulated the state of decay of London”. Soon after London Zoo UK producers in the main moved on from Dubstep, leaving the cast off remains to be bastardised by America’s finest and turned into the commercial monster that’s since gained such popularity with the mainstream over there.

But enough of 2008 and the fate of Dubstep. Fast forward to 2014 and the time is ripe for the now Berlin based Kevin Martin to follow up that statement to the world with his forthcoming full length “Angels & Devils”. Not having heard the album in its entirety yet we refer you to the press release to get a handle of what the new album will be like:

Angels & Devils will be split into two distinct themes under a single banner. But far from a concept album, Angels & Devils really serves to continue The Bug’s mission to pull together the fringes of all outsider music into a common voice.

Featuring Liz Harris (of Grouper), copeland, Miss Red, Gonjasufi,Flowdan, Manga, Death Grips, and Warrior Queen, Angels & Devilsis a battle between utopian and dystopian. Exploring the fringes and the negative space between the two. Both a year zero and a continuation/expanding of what has been touched on before.

The two tracks which were simultaneously released yesterday, we’re told, “present the duality and contradiction that Angels & Devils explores”. Firstly, a track with Liz Harris (of Grouper) on vocals sets the tone for the heady / heavy dubbed out Angels side of the equation; while on the flip-side Roll Deep’s Manga brings The Bug’s grime/ragga bass beat downs back into play as a Devil focus.

The Bug’s Ninja Tune webpage is here: ninjatune.net/us/artist/the-bug#.U8ePK1bHDLQ. He’s also to be found on Facebook and he tweets as @thebugzoo.