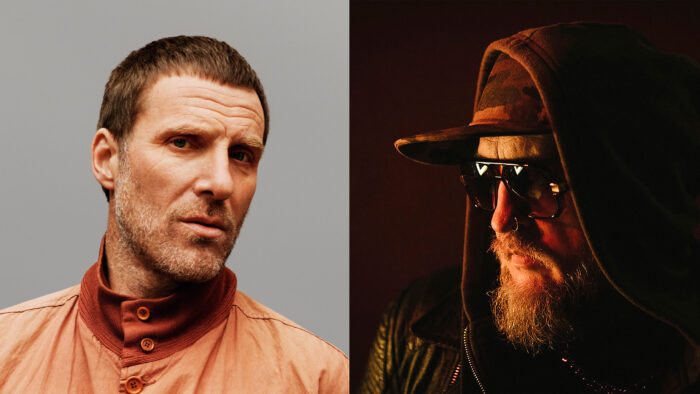 Ninja Tune announces Treetop, the new release of The Bug.

The double single Treetop is a result of a collaboration between Kevin Martin, known under his artistic moniker The Bug, and Jason Williamson of Sleaford Mods. Following the summer release of Martin, the single has a similar motoric texture that evokes rhythms of the London underground. Another “side” of Treetop is Stoat. The lyrics of both communicate overtones, familiar to Sleaford Mods’s fans. Jason Williamson describes these as “nonsense mixed in with little micro-stories of whatever”.

For Kevin Martin, the collaboration with Sleaford Mods felt special: “Reared on Mark E Smith and Crass, how could I not be blown away by Sleaford Mods? Since first hearing ‘Austerity Dogs’, I was smitten by Jason’s razor-sharp lyricism and punk as f-ck delivery”.

Treetop is available for listening here.