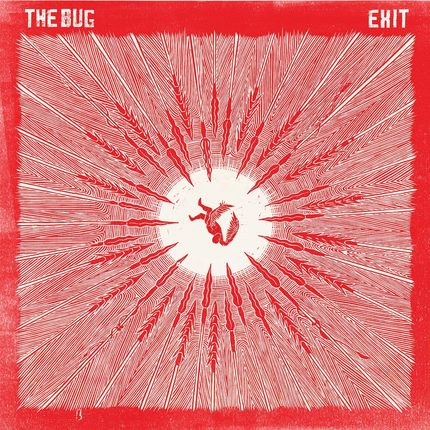 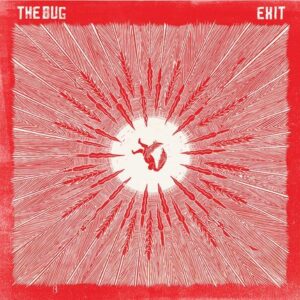 There have been some great records released in the latter half of 2014, but The Bug’s Angels & Devils is one of the best. On that record, Kevin Martin managed to capture those feelings of despair and rage that typify life in a world riven by inequality, poverty and war, and package it in a series of songs that combine his own singular take on roots, dancehall and contemporary electronica.

The focus of Martin’s worldview on Angels & Devils is matched only by its restraint. Its 12 tracks, each one packing a hefty sonic and emotional punch, flow seamlessly from the ghostly disengagement through to wrathful ire. It’s an achievement all the more impressive for the fact that Martin had 160 tracks – demos and versions of existing songs and new tunes – to choose from, painstakingly working through them to arrive at that perfect running order.

Yet Martin is far too sensible to let all that work go to waste. Since Angels & Devils’ release in August, he has been ushering some of that material into public view. Exit is the latest of these, a skilfully put together EP that brings together new and unreleased material to extend Angels & Devils’ sonic territory without corrupting the purity of its vision.

So we get Void, the slice of brooding electronica that opened Angels & Devils along with an alternate version, as well as a new Liz Harris-voiced track, Black Wasp, again with an instrumental version. These tracks are like mid-period Massive Attack, but better, all clouds of synths and tough, rubbery bass.

On the vocal versions, Harris – who records skeletal folk under the Grouper alias – drifts almost wordlessly, an uncanny presence. A ghost trapped in a city of glass. The instrumentals are, if anything, more ominous, upping the bass throb and dropping spacey Sly & Robbie snare blasts to create an itchy tension. (Check out this track here.)

Fans of this type of pressure may want to check out another unreleased track, the modular synth creation Swarm, available on The Wire’s website . Crystalline yet heavy it is both angel and devil – perhaps explaining why Martin had problems fitting it into his album’s  narrative.

Talking of heavy … the rest of Exit explores the urban storm of dub and bass that made the latter half of Angels & Devils so thrilling. Function gets another airing here, Manga’s chewy flow still bleedin’ awesome and its tinny dancehall horns giving the track its usual lurch.

But that’s just the appetizer for the utter cracker that is Bloaw, a double-deep dose of blood and fire with aquatic bass and rough chatting courtesy of Trenchtown vocal star Daddy Freddie. ‘WISE UP – OR DIES UP!’ he snarls, his apocalyptic litany both sermon and diatribe. It’s great stuff, fusing on-point production with an exemplary performance.

That’s all for Exit, but if you want more in that vein, check out another of previously-unreleased banger, Zim Zim Zim.

I think this is my favourite of the lot, to be honest. Tough and bouncy, its half step beat and shuddering bass is sweetened by vibrato’d synths and mournful pipe samples. It also boasts another standout vocal performance, this time from original dancehall deejay Burro Banton, who connoisseurs of Jamaican music will remember from tunes such as Boom Wah Dis and Westmoreland Sensi.

It’s astonishing that Kevin Martin has tracks like these in his back pocket. While his logic for leaving them off Angels & Devils is impeccable, as individual tracks they are (almost) the equal of the tunes on that album. I’m not complaining – just desperate to see what more this singular talent still has on his shelf.

You can listen to Swarm here and Zim Zim Zim here.