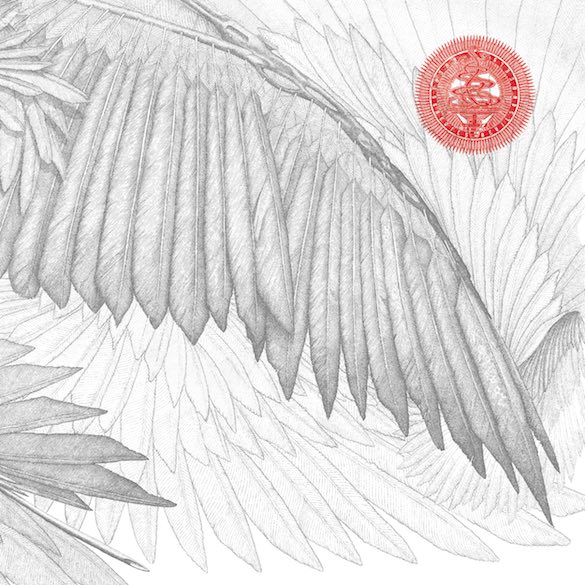 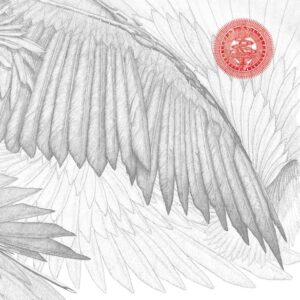 The Bug returns with his long-awaited new release Angels and Devils. Louder Than War’s Simon Tucker explores the angelic heights and depraved lows.

Kevin Martin, under his The Bug moniker, returns with his first full-length LP release in six years with an album that not only invites and seduces but also shakes and terrifies in equal measures. Following his acclaimed album London Zoo, Martin has moved to Berlin and instead of his focus being on a specific area, this time his sights are aimed on the global and even universal.

Angels & Devils is split into two parts with the Angels side coming first. Like Bowie’s Berlin albums (Low and “Heroes”) The Bug intelligently sequences the songs so they flow on a shared narrative. Opener ‘Void’ (featuring Liz Harris of Grouper on vocals) instantly grips end entrances as its sub-bass and static are carefully layered underneath a stunning, ethereal vocal and whilst there is certainly plenty of beauty to be found Void also displays enough grime and menace to make sure you are aware that things are not always what they seem.  Follower, ‘Fall’ (featuring Copeland) continues on a relentless march of bass and vocal whilst the instrumental track Ascension drifts insidiously whilst smothered in an Industrial thrum and crack.

The last three songs of the Angels side then vary between the Ragga inspired Mi Lost (featuring Miss Red) the extraordinary Pandi (a strong contender for best track on the album) which, with its stabbing off-kilter piano and gentle pulse add a sense of euphoria to the album whilst maintaining a very claustrophobic edge making it share a sense of time and place with Tim Hecker’s latest album Virgins, before the side is rounded off with ‘Save Me’ whose dubbed out sensations are aided by the half-mumbled vocals of Gonjasufi. Save Me is where you can once again fully sense the actual concept behind this album as it’s a tune that not only implicitly mentions Satan and Angels but it also uses vocal effects that swirl around your head giving you the impression of lost souls trying to reach out to the physical world in which we exist.

Side Two is where we come to the Devils section and after the blissed out euphoria of Save Me we are slammed straight into the digital concrete of ‘The One’ which features the rapid fire vocal skills of long time collaborator Flowdan whilst also utilising the guitar menace of Godflesh/Jesu member Justin Broadrick and whilst the main body of the song is hard hitting enough it is the last minute or so that really ramp up the descent into chaos and carnage as layers and layers of white sound and guitar feedback push you further and further down into the abyss.

Current hit (courtesy of the dubplate release being played by artists such as Mala, Kahn and Logan Sama) ‘Function’ slams doors and minds with its original Dubstep feel and relentless metal door-bashing sounds, before we are then treated to an even heavier sonic onslaught with ‘Fuck A Bitch’ which features Death Grips and which is to be the lead single from the album.  Flowdan then returns to the mic on ‘Fat Mac’ which reigns in some of the brutality of the previous songs but retains a sense of foreboding and menace as the sound is more infused with the original sounds of Dub and his (Flowdan) lyrics are slowed down so instead of rapid fire we get precise delivery making the lyric stand out, slowly talking in your ears like a bad influence convincing you to do things you may not be ready to do just yet.

The slight change of pace on Fat Mac is a masterstroke by Bug as it leaves you thinking you are about to emerge from the deep water and that, finally, you will be able to get some breath, but that is soon shown to be a bluff as he rests on your shoulders and slams you back under the water with the relentless ‘Fuck You’ featuring previous collaborator Warrior Queen whose personality and attitude come bursting out at you at a thousand miles an hour before the album ends with Dirty which, rightly, sees Flowdan return once more to give us his views on the state of the world as he sees it even name checking famed political activist and journalist Marcus Garvery. A truly wonderful end to a truly wonderful album.

Bug has, like his electronic contemporaries Actress and the aforementioned Tim Hecker, delivered an album that is political, concise, aggressive, yet spiritual and one which serves as a true statement about the world we live in in 2014. With Angels & Devils he has been so precise and clinical with his delivery that this album should be looked at in years to come as a study manual for people who want to know what it was like to live in the year ’14. It shows us that the world as we know it is in an extremely perilous state and it is very close to breakdown but amongst the hard truths it also shows us that there are things worth fighting for and there are beautiful things to be found if you just look a bit harder for them.