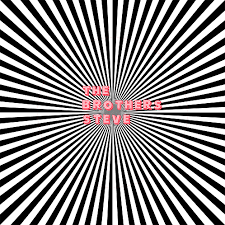 Reissue of the Brothers Steve’s debut album from 2019, now released on the Big Stir label as both a CD and download….LTW’s Ian Canty hopes he is welcomed into the brotherhood….

Well for a start they don’t appear to be brothers and only one of them is called Steve. But what I do know is that three of the Brothers Steve, drummer Steve Coulter and Jeffs Solomon (bass) and Whalen (guitar and vocals, who also records solo), are former members of highly regarded Los Angeles pop/rock act Tsar. The other pair which make up the quintet, guitarist Dylan Champion and singer Os Tyler, are long-standing pals of aforementioned trio from their younger days in Santa Barbara. Forming this new band under the Brothers Steve moniker, they seem to be trying to build on their previous feats towards something really special. Their 2019 debut album #1, now reissued by the mighty Big Stir label on download and CD, represents the best of starts in this venture.

I accept that’s a pretty scant amount of information, but that’s about all I have been able to glean. There isn’t much else to say, with the sleeve only including cartoon representations of the band members’ heads, a few recording details plus a couple of curious photos that depict cats, a dog, a rabbit and a doll making busy with skipping ropes. Which is all a little confusing, but none of it really matters with a record that sounds like #1. In addition to having great tunes, they crash along in a red-hot garage style, sounding that they would be a tasty live proposition indeed. Like a poppier MC5 given an extra big shot of summer sun and jangly harmony. There is a good measure real punk energy propelling the thoroughbred pop tunes that make up the Steve magic formula, and it pretty much works like a dream on #1.

We’re presented with a busy mid-paced start to the album in the form of Angeline. There’s great harmonies and the real pop approach embellished by wry lyrics and tough guitar riffing. This sets out the Brothers Steve methodology from the start, one that is evocative, fresh and skilfully administered, but also kick-ass. Next comes We Got The Hits, which could be described as their standard bearer. A fine song that is rooted in a psych/garage sound with handclaps, echoes and warps. But it also includes an irresistible, golden chorus something like first album Weezer and with a little Buzzcocks-style relentless soaring in the background. This one is catchy as hell and a blistering performance to boot.

Third effort She is more acoustic and folk pop at its base, but is attractive and brilliantly realised with a fine vocal arrangement. The guitar and vocal chime of the intro of Carol Anne cedes to a full-bodied group sound in the hookline, a piece of pure 1960s pop reimagined for the 21st century, a song that yearns for lost love. C’mon Pappy emerges with fuzz chords into a jangly drive, foot stomping and handclapping again, with call and response vocals heading into a fiery rock & roll moment – great stuff that really got my heart racing.

Heading onto what presumably would have been side two of #1 if it were on vinyl, Songwriter has a solid garage/glam hammer to it, a cool freewheeling and self effacing effort with a real groove. Short and full of bite, but with a melody that wowed this listener for certain. Carry Me is back to true beat pop, ringing guitars with harnessed might behind them. The drumming on this record is spot on too, which helps the piece in being very appealing and upbeat, but with an edge to it too. Good Deal Of Love reminded me a bit of Nick Lowe/Dave Edmunds in 1979, not a bad thing to resemble at all.

Beat Generation Poet Turned Assassin brings things up a notch again, the bass a super burble on this track. Again there’s a cutting humour to lyrics of the Brothers Steve, but they never let it get in the way of a good tune. This is song is full of finger-clicking, foot-tapping fun and when the guitars come in after the drop out to vocals and the rhythm section, well it’s a real moment and a wonderful one too. The final track, Sunlight, is a blissed-out conclusion to #1. Beautifully put together, it’s another example of the Brothers Steve showing how they are equally at home with gentle subtleties as they are with full-on rock & roll crunch.

In #1 the Brothers Steve have made a record that manages the not too easy feat of being both immediate and of lasting value. A tune-laden journey which is full of clever asides, real passion and above all great music. Whether you know it or not, you owe it to yourself to get some of the Brothers Steve’s particular brand of pop/rock into your life – it whetted by appetite on possibly catching the band live, as on this evidence they promise to kick up a storm. I hope that comes to pass in the near future. That aside, #1 stands a more than fair chance of lifting your spirits and in this day and age, well, that is priceless.