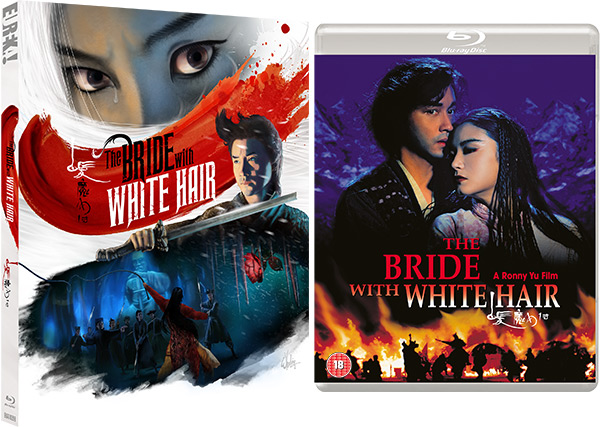 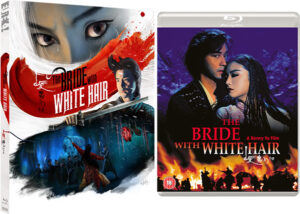 Jamie Havlin gives his thoughts on a highly operatic fable from Hong Kong that combines fantasy, romance and action – including plenty of Wu-Tang Clan swordplay.

With the life of the Emperor Shin Tsu hanging in the balance, four trusted generals are sent by the Imperial Court to seek out a mysterious flower which is said to possess the power to breathe life back into the dead. Surrounded by long ice stalactites under a mountaintop, the envoy locate it just hours before it is due to blossom – something that only occurs once every two decades.

What should now be a simple task is complicated by the presence of a lone and forlorn warrior, Cho Yat-Hang (Leslie Cheung). He’s been guarding the flower for ten years and refuses to let them take it away as he has promised it to the great love of his life. There will be bloodshed.

Adapted from Liang Yu-sheng’s epic novel Baifa Monü Zhuan, the main story here is told in flashback. We see the young Cho (played confusingly by Leila Tong) being instructed in the skills of chivalrous swordsmanship. It is envisaged that he will be a future head of the mighty Wu-Tang clan. When Cho steals a lamb from a local farmer just before it is due to be slaughtered, he strays into a wooded area where wolves roam free. We are introduced to a girl who will later be named as Lien Ni-chang. She saves Cho’s life by playing some music on her flute which lures the animals away from him. It later transpires that she has been brought up by the wolves.

As a boy, Cho displays a mischevious sense of humour. As an adult, he’s grown weary of the constantly violent world in which he must live. His hair and clothes are unkempt and he likes wine. Despite his superlative fighting skills, he is loathe to ever take command of his clan. 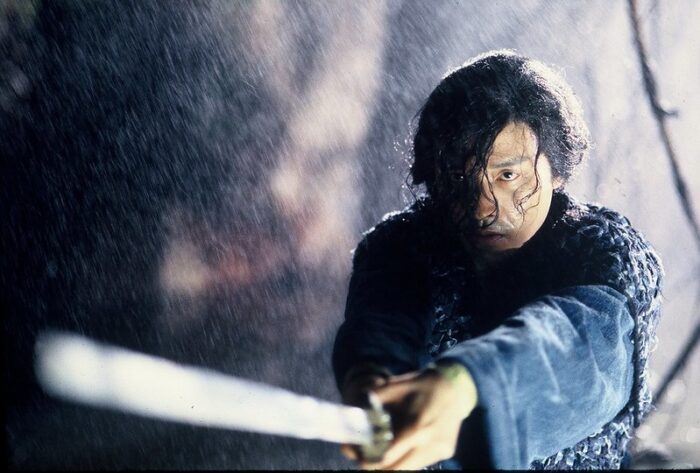 He will comes across Lien Ni-chang (Brigitte Lin) again. Most notably during yet another battle between warring factions. She is now a ferocious assassin for a rival sect but this meeting ultimately leads to the pair becoming star-crossed lovers. Both vow to leave behind their current lives. This won’t prove easy, especially when Cho returns home to see many of his fellow clan members massacred. All the evidence points to Lien being responsible, but is she?

Feeling he lacked the chops to play a martial arts hero, Leslie Cheung (Farewell, My Concubine), only took on the role of Cho reluctantly but it’s hard now to imagine anyone bettering his performance. Brigitte Lin (Chungking Express & Police Story) is perfectly cast too. Then again, Brigitte Lin always seems to be perfectly cast. What a shame that only a year or so later she would retire from acting.

A wuxia Romeo and Juliet, The Bride With White Hair proved a commercial and critical success. It picked up three awards at the Hong Kong Film Awards and The Hollywood Reporter called it ‘an undisputed classic’. A sequel was even rushed into production with Lin and Cheung reprising their roles. Predictably it failed to recapture the magic of its predecessor, albeit it’s still a very worthwhile watch.

Eureka Classics presents the film in a brand new 4K restoration on its UK debut on Blu-ray.