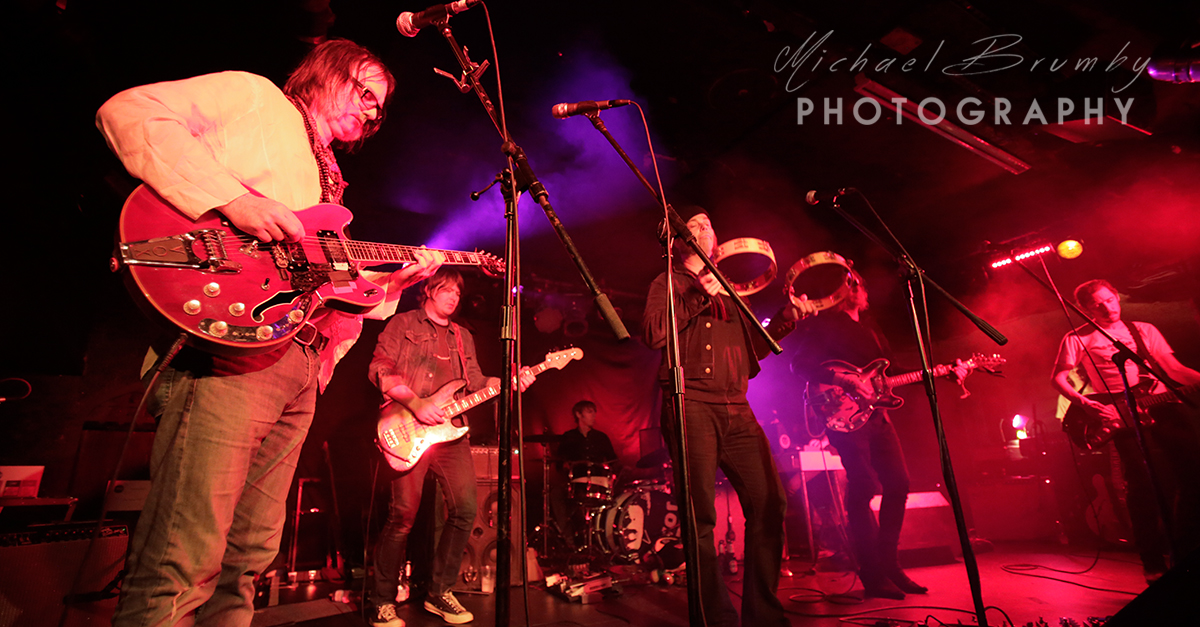 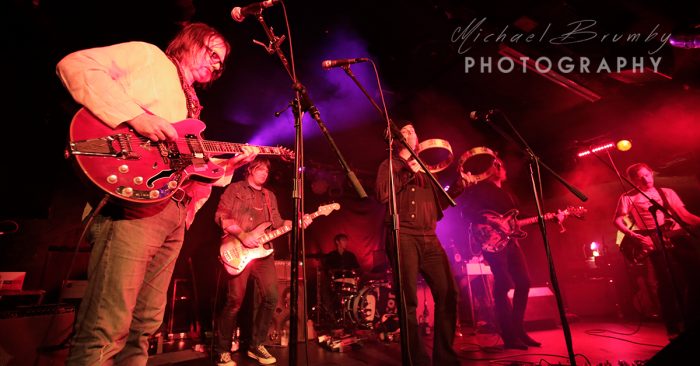 The life of any band is invariably fraught with highs and lows that can make or break them, and as we are all too aware The Brian Jonestown Massacre have had their fair share. Those dynamics were laid bare by the incredible 2004 documentary, ‘DIG!’ that catalogued their formative years and near demise.

Luckily for us, Anton Newcombe’s insatiable drive and vision prevailed and we can all look back on those times with enlightened perspective and appreciate what was achieved despite the self-destruction. Today they are 14 albums deep and still producing some of the most evocative psychedelic music out there – Playing epic three hour shows to capacity crowds.

Tonight at one of Bristol finest venues, the capacity crowd are feverishly waiting it out for the legendary BJM. What hits me as I get closer to the stage is the heat. It’s damn hot in here! Within seconds sweat in dripping from every pore and I am not even in the  middle of the crowd, I’m on the sidelines near the massive whirring fans giving some relief from the intense heat. The anticipation is palpable as the heaving throng cheer the appearance of Anton and his band. The slow burn of the Velvets inspired, ‘Never, Ever’ get the show rolling, building a fire of beautiful melody at our feet. They segue into, ‘Nevertheless’ evoking those sixties tones and rhythms, even down to the specific reverb that accompanies Anton’s faux English accent vocals. They sound as tight as the band should considering the persistent work ethic they have for performing. ‘Anemone’ confirms the power they possess to create soulfully classics that sound as fresh as the first time.

Centre stage, singer and percussionist, Joel Gion is as enigmatic as ever, shaking his two tambourines whilst newer tracks such as, ‘Pish’ & ‘Leave It Alone’ bring to mind Neil Young’s album, ‘Up The Beach’ with it’s cutting lead guitar melodies. The crowd sing-a-long with abandon to ‘Who’ as the whole band join in on vocals creating a great unity that bleeds into the next song, ‘Servo’ which is cut short by Anton, apparently because of his unhappiness with his bandmates timing. Make no mistake, this has always been Anton’s band and of course he is still in complete control when it comes to the music. When you write such great songs as, ‘The Devil May Care’ & ‘That Girl Suicide’ it makes sense he is in the driving seat. Both songs sound fantastic tonight, lyrically so open and emotional, honesty at it’s rawest. Their melodies feel like drugs entering the vein, surging into the system, changing you.

Unfortunately, at this point in the night I have to leave to make it across town to another show and as I pass the smokers on the wall outside, I feel flush with emotion that this is one special band with the tenacity to provoke, the talent to breathe life and the longevity to truly become one of the greats. Long Live BJM!

All photos by Michael Brumby. Take a look at his work here.