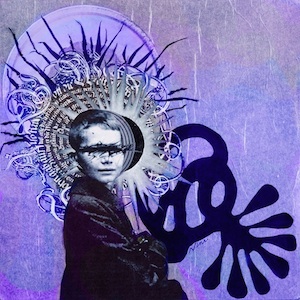 We recently ran an interview with Anton Newcombe of The Brian Jonestown Massacre during which he spoke to us about his new album which, he promised us, was his “current focus” and that “it would be out in May”. True to his word we just received news that it’s Due out on Anton’s own label on 19th May. And we have a first taster off it! Scroll down to check it out, to find out more info about it and to read about the tour off the back of it.

Firstly some spiel from the press release:

“Brian Jonestown Massacre return with their 14th full-length album ‘Revelation’, which is released on 19th May and will be supported by a full UK tour this July. Ahead of that, BJM will be taking part in Record Store Day on 19th April, releasing album track ‘Goodbye (Butterfly)’ and exclusively ‘Lions Ride Free’ as part of a Split 12” on Grey Splattered 180 grm vinyl with The Magic Castles – who are signed to Anton Newcombe’s a recordings label, which he set up in 2008 and will be releasing ‘Revelation’ through. It is the first album that was fully recorded and produced at Anton’s recording studio in Berlin. ”

Talking to us about the album Anton said:

“For Revelation, I set out to try to carry on as a songwriter, as I said, knowing that people cheerily pick songs into playlists via Spotify or whatever. At the same time, I want it to work as an LP on vinyl somehow. It’s taken me months to feel comfortable enough to let them go. I liked each track on its own, but I could not see how they all flowed together … but a few of my mates came by for a listen and put it into perspective … they said it was nonstop good songs and I should lighten up.”

Now check out the stream: ‘What You Isn’t’ below which is the full track listing and tour dates.

Off the back of a date in Austin TX headlining The Austin Psych Fest and further dates on the west coast, Brian Jonestown Massacre will embark on an extensive tour of the UK and Europe. Details:

The Brian Jonestown Massacre’s website is here: brianjonestownmassacre.com. Follow Anton Newcombe on Twitter where he uses the handle @antonnewcombe and check him out on Ustream as DEadTv here.