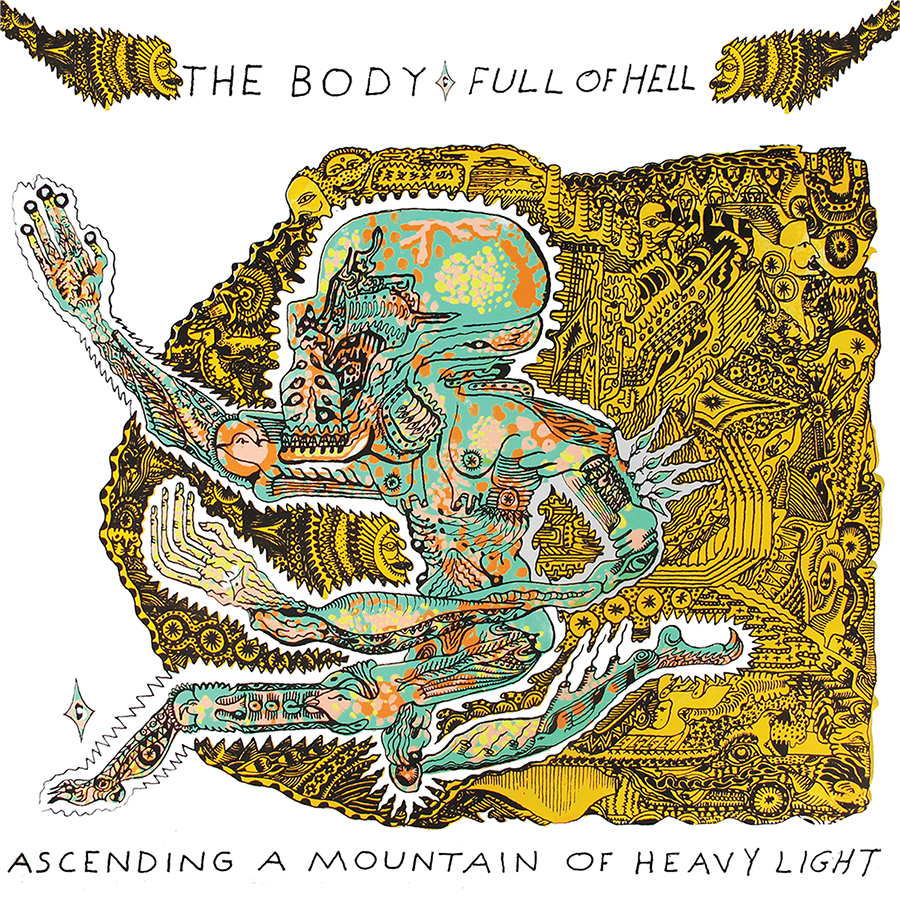 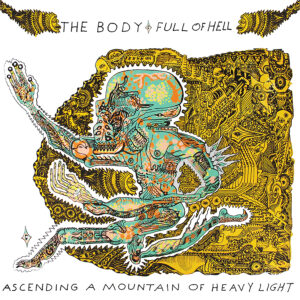 The Body & Full Of Hell

Ascending A Mountain of Heavy Light

The latest get-together from The Body & Full Of Hell  is an acid bath of extreme sonics, says Louder Than War’s Paul Margree.

Collaboration can be a fraught affair. The nature of being in a band often makes for a gang mentality. Those bonds of friendship, formed from countless hours of getting together to rehearse and play, tighten with each recording session, tour and interview into rock-solid psychic linkages. But when a third-party arrives on the scene – a well-regarded producer, a musician whose interests may be complementary – those connections can become barriers. And things can get frayed.

Such disputes rarely trouble extreme music stalwarts The Body and Full of Hell. Both bands are arch-collaborators – a glance at their respective biographies reveals a spreadsheet-mangling bag of meetups, with artists as diverse as Thou, Merzbow and The Bug – and, given an overlap in aesthetic and worldview, it is unsurprising that they have got together to wage noxious sonic assault.

2016’s One Day You Will Ache Like I Ache was the result of their first dalliance, its Courtney Love-baiting title hiding a frankly fucking terrifying crescendo of aural slurry. Over 45-or-so minutes, this hybrid sextet veered from all-out noise through a deathly vaporwave throb before settling into an oppressive, saturated grind that’s like being crushed slowly between two millstones in a shit-drenched mediaeval village.

There are fewer tonal shifts in Ascending A Mountain Of Heavy Light, the crew marshalling the amorphous shapelessness of One Day… into stricter rhythmic grids. But this follow-up is every bit as virulent as their debut. Lead single Earth Is A Cage is a vortex of carnage, with clipped hardcore riffing sucked into a severe industrial stomp as twin vocal lines spit larynx-flaying syllables (from Full Of Hell’s Dylan Walker) and trauma-inducing screams (courtesy of The Body’s Chip King).

Like their contemporaries The Botanist or Jude Gyte, this lot have little time for the orthodoxies of metal or hardcore. On Ascending A Mountain Of Heavy Light they’re as happy to replace double-kick drum carpet bombing with skittering hi-hat and half-step drum machine patterns imported from hip-hop, or swap downtuned intensity for a white noise corrosion whose skin shredding rancour is by no means lessened by its removal from the gutter of low-end filth.

On Didn’t The Night End, those trap rhythms push forward in a grey torrent, its screwdriver-in-the-plug voltage rush nodding to the circuit-board overload of power electronics. The fizzling, staticky heave is punctuated by steely and percussive clangs, suggesting a nightmarish landfill of blasted consumer goods, all still wired up to the National Grid and screaming out in anguished pain.

The attitude of forward-thinking experimentation demonstrated across Ascending A Mountain Of Light’s eight tracks has been essential in helping both bands craft an aesthetic for these collaborative records that, while drawing on both of their signature sounds, doesn’t resemble either of them. The echo-laden pounding of I Did Not Want To Love You So is the cut in which the ingredients are most visible, mixing the angst-laden trudge of The Body’s fantastically sombre No One Deserves Happiness with a bowel-churning sustain that recalls Full of Hell’s majestic Trumpeting Ecstasy.

But, for the most part this mongrel group has a sound all its own. Achieving that synergy may also be down to the fact that, this time around, the core squad is augmented by Chrissy Wolpert (Assembly of Light Choir), Sandworm’s Ben Eberle and Brian Chippendale (Lightning Bolt, Black Pus). Indeed this dilution only intensifies the potion’s venom, with our Our Love Conducted With Shields Aloft a case in point. Its combination of free-punk drum clatter, jaw-grinding electronic drones, reptilian screams and ear-bleaching racket never seems overcrowded. Everything is placed perfectly for maximum discombobulation.

Ascending A Mountain Of Heavy Light expands the template set in One Day You Will Ache Like I Ache, enabling The Body and Full Of Hell to remould expectations of what heavy music can be. If much metal and hardcore  demands conformity to expected patterns, there are still plenty of artists for whom retreading old ground isn’t sufficient. The Body and Full Of Hell are two such outfits. And in Ascending A Mountain Of Heavy Light they have again created something that is greater than the sum of its parts.

Pre-order Ascending A Mountain Of Heavy Light  from the Thrill Jockey website or Bandcamp.