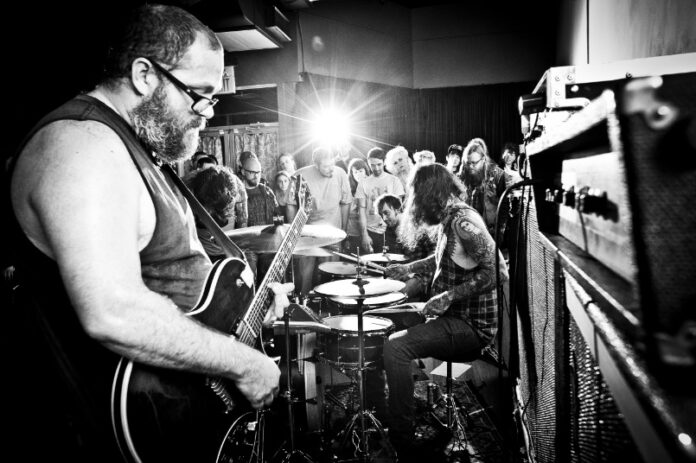 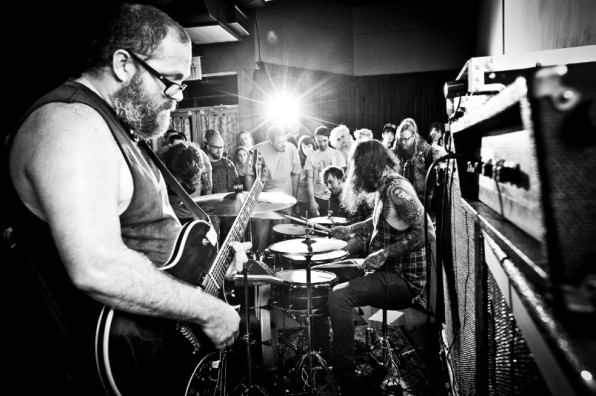 The Body, whose Christs, Redeemers album was one of the musical high points of 2013 (our review) and whose I Shall Die Here (for which they’ve teamed up with Bobby “Haxan Cloak” Krlic) is set to be one of the high points of 2014, have just announced details of their debut European tour – one which includes a handful of “must see” UK shows.

The band have famously been described as the most brutal band on the planet. Theirs isn’t knuckle headed brutality though, indeed, it’s a million miles away from the “hit it, fucking hit it … now hit it fucking harder” mentality of most bands who get described as “brutal”. It’s as much an emotional, psychological brutality as a sheer volume of noise brutality, and it’s one you can’t help but be drawn towards. As we said when we reviewed last year’s magnificent album:

It’s overwhelming and completely without hope. This is not happy music in any sense of the word. It does however take you right down deep into the dirt and pain, wallowing in darkness and hatred.

I can recommend this not just to the metal and noise heads out there, but to anyone who wants to feel a bit more from their music, anyone who has a spark of darkness hidden away, all of you really. A grinding classic dripping with bleakness.

And you probably don’t need me to tell you that their hooking up with The Haxan Cloak is only going to make them far darker and far more likely to make you feel like your soul’s been eviscerated after seeing them live. Blending black metal, drone, electronic music, sludge and classical composition they specialise in “a ravishing grimness and impenetrable walls of noise” which will take your breath away.

The Body will be making their first ever appearance in Europe starting next month for a host of live dates and festival appearances. The heavy hitting duo will plunge us into apocalyptic darkness and bring about the very end of days with devastating assaults of volume and brutal sonic battery across the continent…

Check out the track To Attempt Openness below and find the full European tour dates / links to buy tickets below.