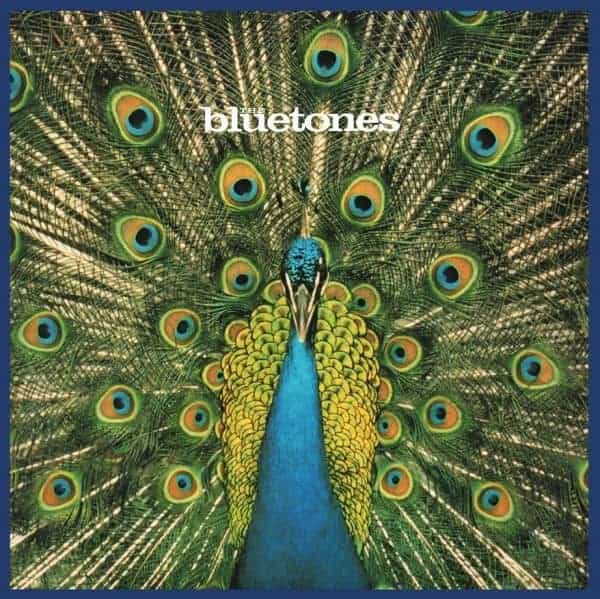 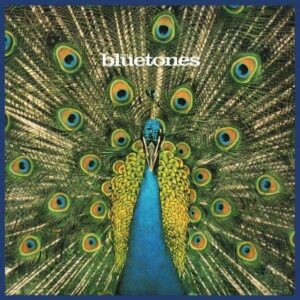 The Bluetones: Expecting to Fly

The Bluetones have recently released their number one album, Expecting to Fly as a vinyl box set (blue vinyl of course). It features the original album plus bonus discs featuring non-album singles and B-sides from the time, as well as album of garage demos. This exquisite package is well worth your time and hard-earned pennies.

As a British based guitar band who gained their success in the 1990s, The Bluetones often get lazily lumped in with a host of other bands under the Britpop banner. While I loved many of these bands, I detested that label and everything it seemingly stood for. I cringe every time I think of Britpop and everything that surrounded it, with the likes of Noel Gallagher rubbing shoulders with Tony Blair in Downing Street. It was like punk never happened. I always feel somewhat vexed and perplexed when bands as superb and distinctive as The Bluetones get lumped into that whole scene. All because that was the time they peaked and had their moment in the limelight.

The Bluetones were a million miles away from a lot of the lad rock dross that many labels regurgitated in the hope of finding a zerox copy of Beatles wannabe’s Oasis. For a start, their influences came from further afield. The album’s title, Expecting to Fly, was lifted from a Buffalo Springfield single from 1967. Add to that Mark’s unique voice, the requisite melodies and soaring guitars and you could also make reference to several classic West Coast USA artists and beyond.

In my humble opinion, Expecting to Fly is a far superior debut than some of the plodding rock that you can experience on the much lauded Definitely Maybe. Or from anything that the likes of the retrogressive sounds of the quite frankly bamboozilingly popular Ocean Colour Scene could produce. Despite the influences mentioned, everything on Expecting to Fly sounded fresh, new and uplifting. Listening back with older (if not more mature) ears in 2021, like a good wine, it has aged well and still sounds as fresh and glorious today.

From the very kick off with the sound of an aircraft taking off fading into those welcoming riffs of Talking to Clarry, it’s like embracing an old friend. The one that you maybe haven’t seen for years, but as soon as you see them again you vow not to leave it so long again. “You make my life precious” sings Mark Morriss as you realise just how good the Bluetones were. Precious indeed, and epic. I remember thinking at the time, if that is the opening song, the rest of the album has got a lot to live up to.

And of course, it did. And it still does. Talking to Clarry is followed by a salvo of singles. The effervescent Bluetonic and the louche and laidback dad-dancing inducing Cut Some Rug, with the unforgettable line “…and all the time you remind me, of blitzkrieg and the doodlebug”. As side one’s penultimate song suggests, Things Change. But for now I’m back in my 20’s, the yearning for nostalgia is increased by the very tone of this song. As the cacophonous ending fades and the initial backwards beats of The Fountainhead take over, the gentle lilting rhythms induce a calming feeling of wellbeing.

And that was just side one. There is no let-up in the quality on side two. The driving rhythm of Carnt Be Trusted opening proceedings before giving way to one of the best singles of the era in the heart-warming Slight Return. Mark’s passionate and empathetic vocal giving a sense of hankering for “coming home”, before the kicker at the end “…but just for a short time”. The sense of yearning continues into the quietly potent Putting Out Fires with the bittersweet logic in its lyrics “losing a lover, gaining a friend”.

The gentleness of the opening of Vampire ultimately reveals itself to be a bouncily addictive tune before A Parting Gesture sees the band coming over all country. The playing on this is delicate and flawless. Totally in tune with the reflective nature of the lyric. So much so, I feel a welling in the tear ducts as I reflect on “not being the man I was”, not a year ago, but several decades. Emotional. Time & Again grabs me and shakes me back to the present. The melancholy is still there in the lyrics, but the bouncing melody lifting this listener back out of the doldrums.

I was a bit of a completist back then. I still have all the singles from the era. However, like all my CD singles, they have been in the loft for a long time. When I listen back to the second LP of A Sides and B Sides, the lyrics and melodies come flooding back to me.  The strength of many of the B-sides is such that I can remember them with much more clarity than many of the hit singles from other big names from the era. You can quite easily forget just how many great singles this band released in their career, with non-album cuts Are You Blue or Are You Blind?, the partner to Cut Some Rug in Castle Rock and the magnificent Marblehead Johnson.

Apart from the A-Sides, songs like The Devil Behind My Smile and Don’t Stand Me Down could easily have been singles, or at least album tracks in their own right. While songs like Nae Hair On’t and Nifkin’s Bridge show the mellower folky side to the band. With the latter even building into an atmospheric almost gothic close. No sticking on any old rubbish like instrumental versions of the A side or half a dozen pointless remixes, there isn’t one of these songs that I would consider to be fluff or filler.

The third LP is an essential document of the band’s progression into the fully fledged band they became. Ten songs compiled from the bands earliest recordings. This includes home-track recordings, demos and versions of Slight Return and No. 11 (Bluetonic) from early singles/EPs. As the band say on the cover notes “there’s something special about these demos” and what they represent on their journey to Expecting to Fly.

One final surprise lies at the bottom of this box. A “bonus” 12” with demos of Time and Again, Cut Some Rug and Putting Out Fires. A completists dream. Top that with an elegant booklet with photos taken during the recording of the album and what you have is a superb looking, and it goes without saying, epic sounding document of a unique band at the height of their powers. 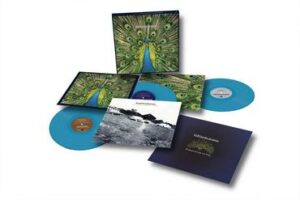