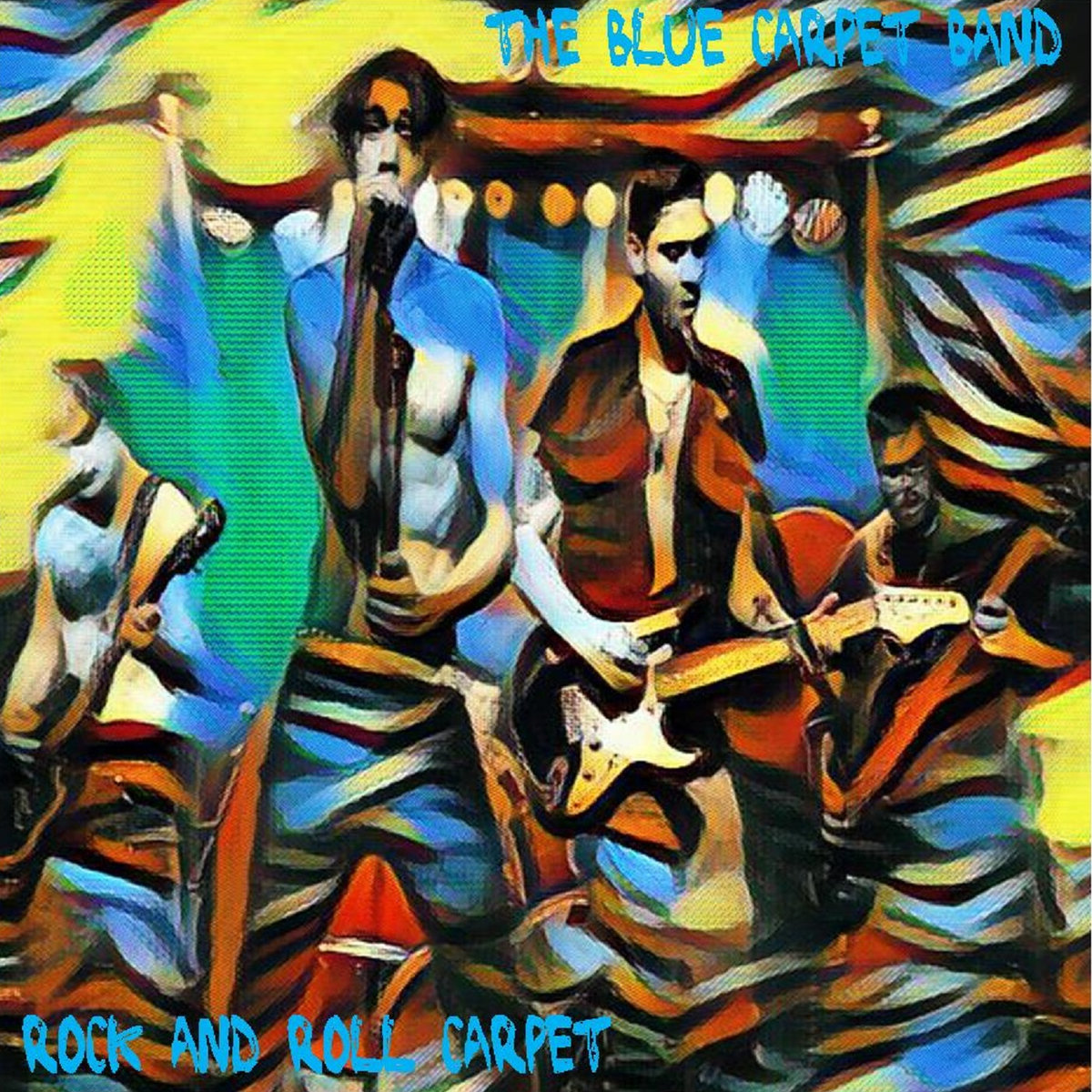 It’s amazing the things that are creating a buzz that you only hear about by accident. The Blue Carpet Band have been making a noise and creating a stir for most of last year and its great to see this debut album finally out. I’d seen their name mentioned a lot on Facebook and people from other bands had been singing their praises. It’s great to finally put a noise to the name.

Their live show is something to behold; imagine The Cramps playing MC5 songs whilst in the midst of a florid psychotic episode is a description that doesn’t even half cover it. There are elements of The Stooges, garage rock, The Damned and rockabilly, sure, but The Blue Carpet Band create a sweet noise all of their own.

Named after the flea-bitten flooring in their Tottenham rehearsal space, a live four-track EP last year set the scene nicely. This debut has been recorded on a budget and the sound and production is a little Lo-Fi, but jeez, it really suits the down and dirty, sweat-encrusted songs herein.

Opening with their theme song, Rock And Roll Carpet, sets the scene; dual guitars and fuzz bass lead the amphetamine, energetic charge. If you’re a fan of the primordial punk of The Saints or Radio Birdman and the garage noise of the MC5, this is the type of savage rock and roll you require in your life. The descending chorus is as clever as it’s catchy and the searing solo is vintage Wayne Kramer style at his most deranged.

No Cadillac takes the aged 12 bar blues format and kicks the living shit out of it; frenzied rock and roll with vocals that recall Gene Vincent are held together by the throbbing bass of Natalino Matiz as the band rip the rule book up and throw it out of the window. Mental Case continues the frantic journey; a sinister guitar riff and vocals verging on the demented give a very Hanoi Rocks/GNR feel but with an unhealthy dose of London street smarts thrown into the mix. Djamel Abina is a vocalist who can pull of the whole wailing thing and quickly switch to a rich, Iggy-style timbre. He’s also, the ladies tell me, something of a dish….

Jumble Dance has a sweet call and response chorus part amidst its stuttering Cramps drive. The ghost of the Bryan James era Damned is never far away and in fact, the production with the popping snare, high energy attack, washes of high frequency cymbals and the guitars-on-the-verge of the red are very reminiscent of Damned Damned Damned.

I Don’t Wanna Go Home adds a primitive, choppy riff and a drum sound that recalls being punched repeatedly by Mike Tyson. The track is a little slower and more considered than the previous gleeful onslaught although gives way to slicing chords and a jittery solo before it terminates in a shuddering haze. Another Night In Hell summons The Stooges in grand style and Abina’s gymnastic vocals add a classy touch.

Pretty Things recalls the good bits of The Libertines with its angular, joyous changes and racing, pacy delivery. The chorus is a thing of great beauty and is uplifting in its simplicity. The culminating Hangover Cure is a libidinous and lusty grower with Abina’s carnal shouts and the bands grinding, sleazy riffing.

This is the debut album from a band as likely to self-immolate as record a follow up. It’s not big and its not clever and that, my friends, is the sheer beauty of it. Catch them before they die.