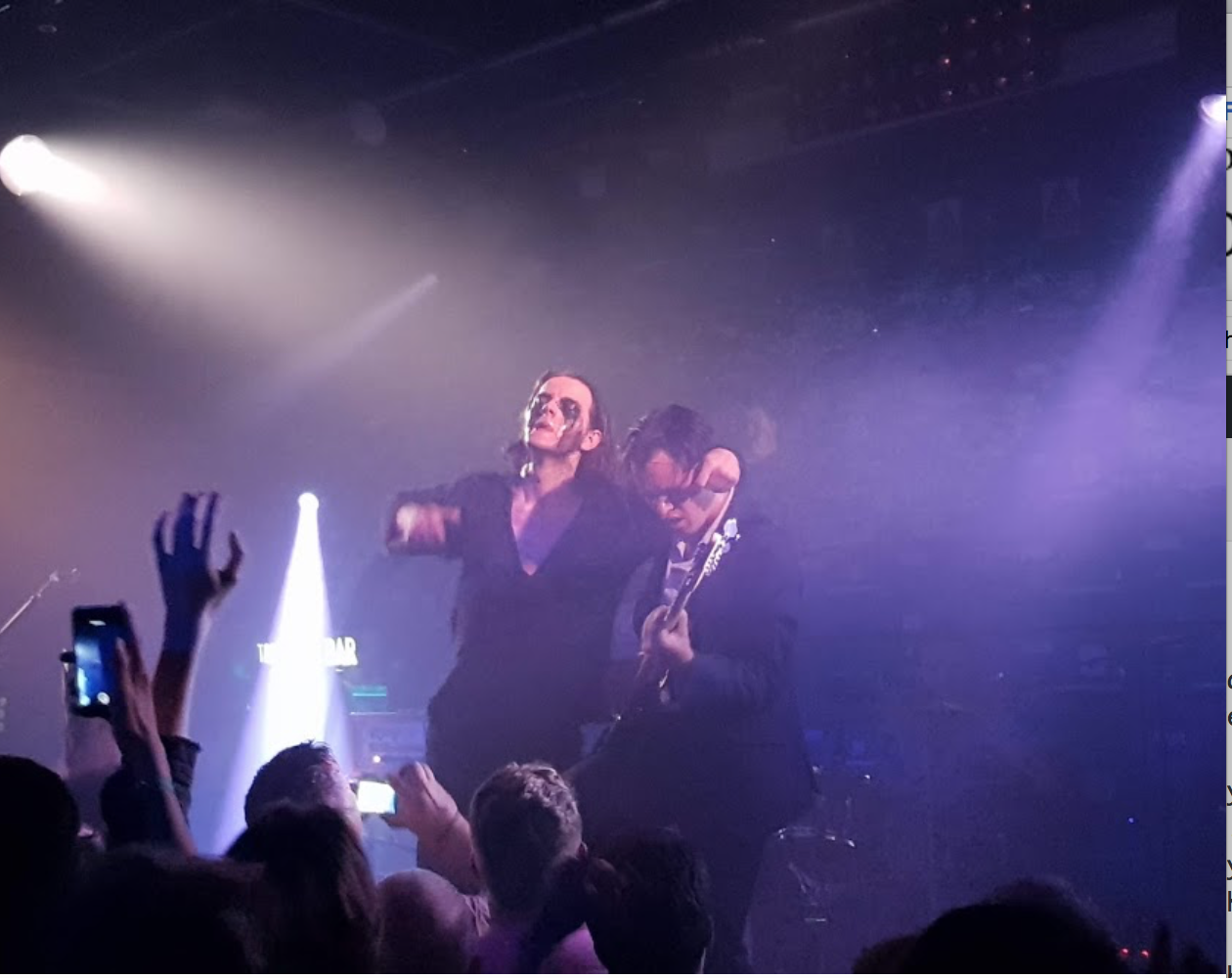 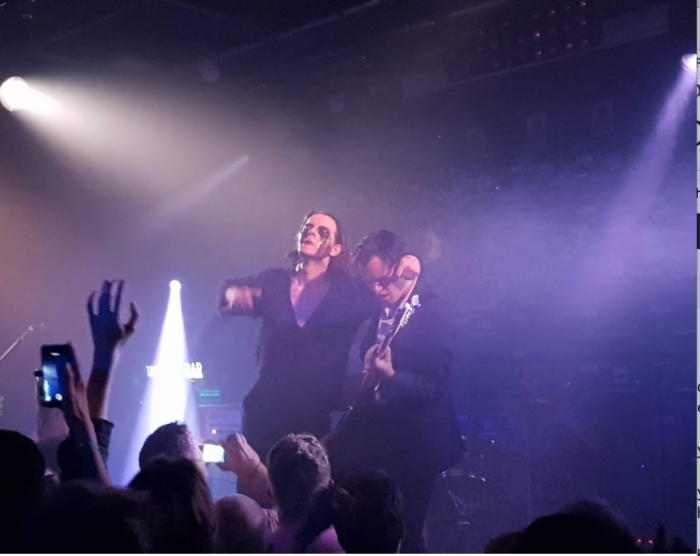 There is a magic in their air.

A fervent firebrand scene in Manchester that could well be the best in years, with a plethora of bands of varying styles sharing the booming local gig scene and now reaching a crescendo.

Somewhere near the centre of this ‘quake are three skinny young rakes from Doncaster who moved to the magnetic music city attracted by its free thinking and music scene. The Blinders dramtic, dark brooding and thrilling guitar action has been championed from the start by LTW several live reviews and interviews. We have been shouting out about this magnificent band as soon as we came across them and we have seen them in dives, low rent back rooms and scuzzy broken venues delivering their intense and thrilling R’n R, captivated by their tense, taut songs that explode into wild abandon and we have been willing them along all the way as they began their climb up the greasy pole.

This was the night when all the strands come together and a sold out 450 strong crowd, that ranges from young elves to wizened old punks celebrate the band that is about to storm the summer festivals and deliver one of the year’s most iconic albums this September.

We have bee here before. Those pivotal moments in rock n roll where bands are on that thrilling cusp. It’s like watching Nirvana destroy Maxwells in Hoboken physically, spiritually and musically to 10 people in 1989, the Stone Roses when they were on the breakthrough, the Manics when people didn’t get the makeup and many, many other pivotal electric moments when sheer talent gets recognised and captures the moment – it’s what makes writing about pop culture so engrossing – capturing that wave and capturing that energy of the moment – we knew then and we know when we see the generation-defining band.

When the shit goes down someone always comes up with a soundtrack.

In the confused mess of the modern world, when giant Trump-babies run our lives and the screw gets turned tighter we need music to give us hope. The intensity of the Blinders reflects these screwed up times but also explodes into passion and hope and the people are egging it on. Tonight was packed with singalong abandon and a huge mosh pit.

The band have stretched their songs to the maximum, the bass and drum razor wire riffs with the guitar slashing over the top or soundscaping with the fifties delay over the top. The vocals have the Cobain rasp, the word insanity and poetry of Jim Morrison, the feral unpredictability of true shamanic rock n roll as he stands on his monitor, semi-naked with his face harlequin painted like a young rock god and a 21-year-old messiah who still believes in the power of took n roll to deliver us from the evil.

And he’s got the songs to back him up. You hear a Blinders song once and you know it for life – which is remarkable since they don’t rely on the verse-chorus cliche of songwriting school. Their music flows with a groove and swagger built on those post-industrial bass lines but still dripping with melody as they turn the songs inside out twitching with the sweat and passion of the music that deals in the modern politic and grabs at the chaotic energy of these chaotic times

They could be the best young band in Britain right now. They are certainly the most urgent and that’s saying something as Manchester itself is rammed with great bands. The new generation are here and they are angry and they are talented and they are making the music that will be in BBC documentaries for decades.

The future is now the past is gone.

Wayne Carey on the support bands…

What actually happened in Mossley 20 odd years ago? Did a bunch of musically gened parents get it on at the same time? Cabbage started this and we’re now witnessing some great stuff from newbies Afghan Sand Gang who LTW again came first in the talent spotting stakes (Machine Music Review) They come across as a moody psychedelic shoegaze trio with a leader singer sporting a baseball cap to throw us off balance. Think Pink Floyd, The Horrors, even a hint of The Music but with more gloom. The sound they generate across the venue is amazing and when they eventually can afford those psych lightshows like the Floyd they will have you in their palms. Patrick T Davies the new Manc poet fills in for 15 minutes before The Blinders and has me and most of the crowd in stitches with his 100 miles an hour Manc wit. There will be John Cooper Clarke comparisons but we beg to differ. He is much more quickfire and comedic. How does he remember the words??