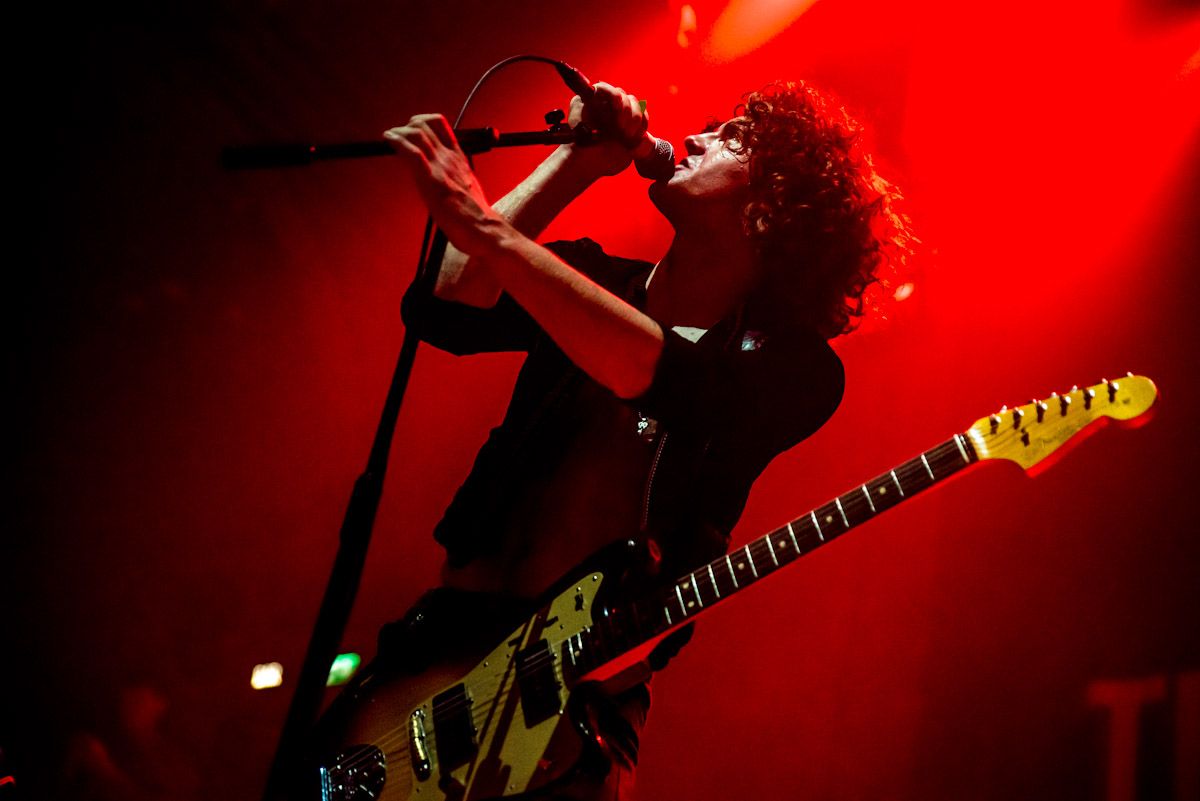 The Blinders return to The Albert Hall for the gig of the year. Nigel reports for Louder Than war with photos by Michael Bond

So here it is, after waiting an age, we finally get to see The Blinders, back at the Albert Hall. It hasn’t been a total dearth, they played The Ritz a month ago; a shortened set for the John Hall celebration gig, with some amazing versions of the Phantasies’ songs, later re-recorded for the Lounge Lizard Sessions. This is the culmination of a month-long tour, during which the band have had the chance to play their studio album live for the first time.

Before that, what an unexpected pleasure it is to see Buzzard Buzzard Buzzard supporting! I played their latest single You on our radio show just last night, so to hear them live in all their glam-stomping glory is something else! 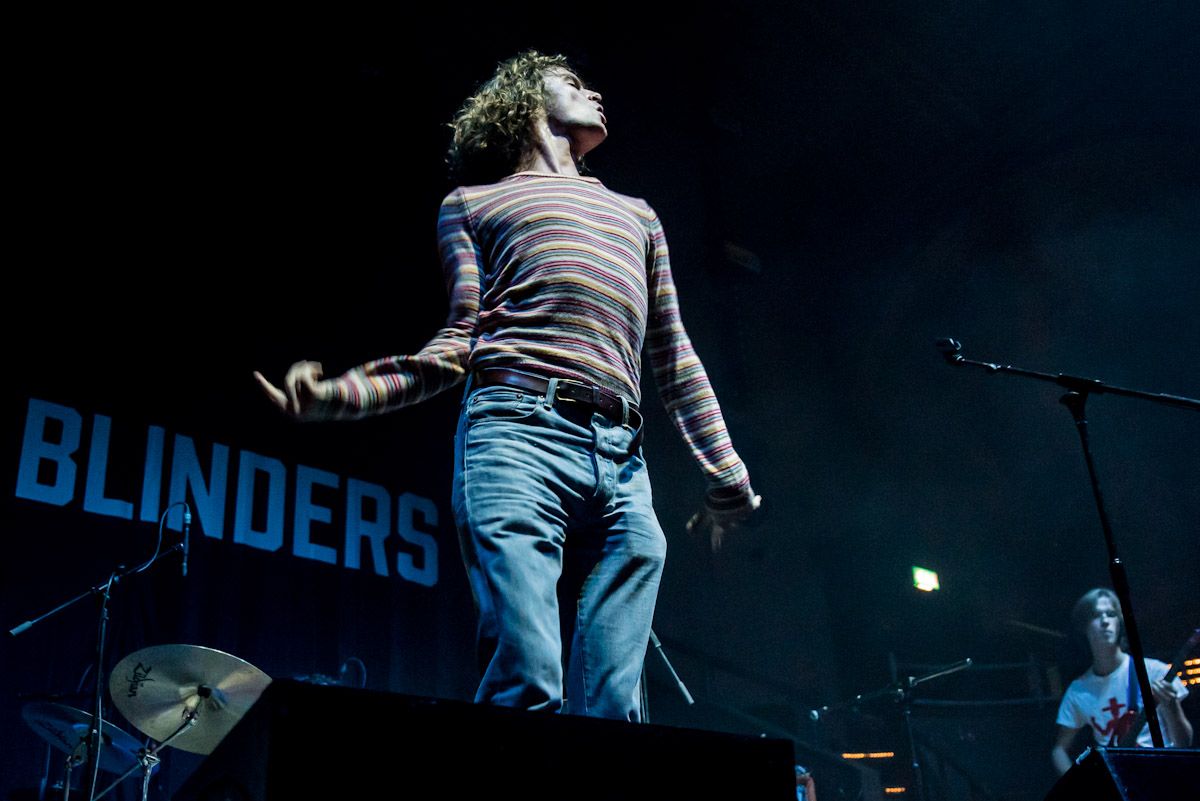 Tom Rees has got to be the most entertaining frontman on the planet right now; flicking between Bolan boogie and Jaggeresque posturing, he alternates between keyboards and guitar whilst wowing the audience with his onstage antics. A one-man musical powerhouse who happens to sing well and look great. Echoing the zeitgeist-busting glamour of the dismal early ‘70s, his band is the perfect antidote to the endless shite spewing from our dreary media.

The set is packed with standout melodies from Double Denim Hop, John Lennon is my Jesus Christ to the aforementioned You. They’ve surprised a few people tonight, as the massively appreciative audience swells for the headliners. 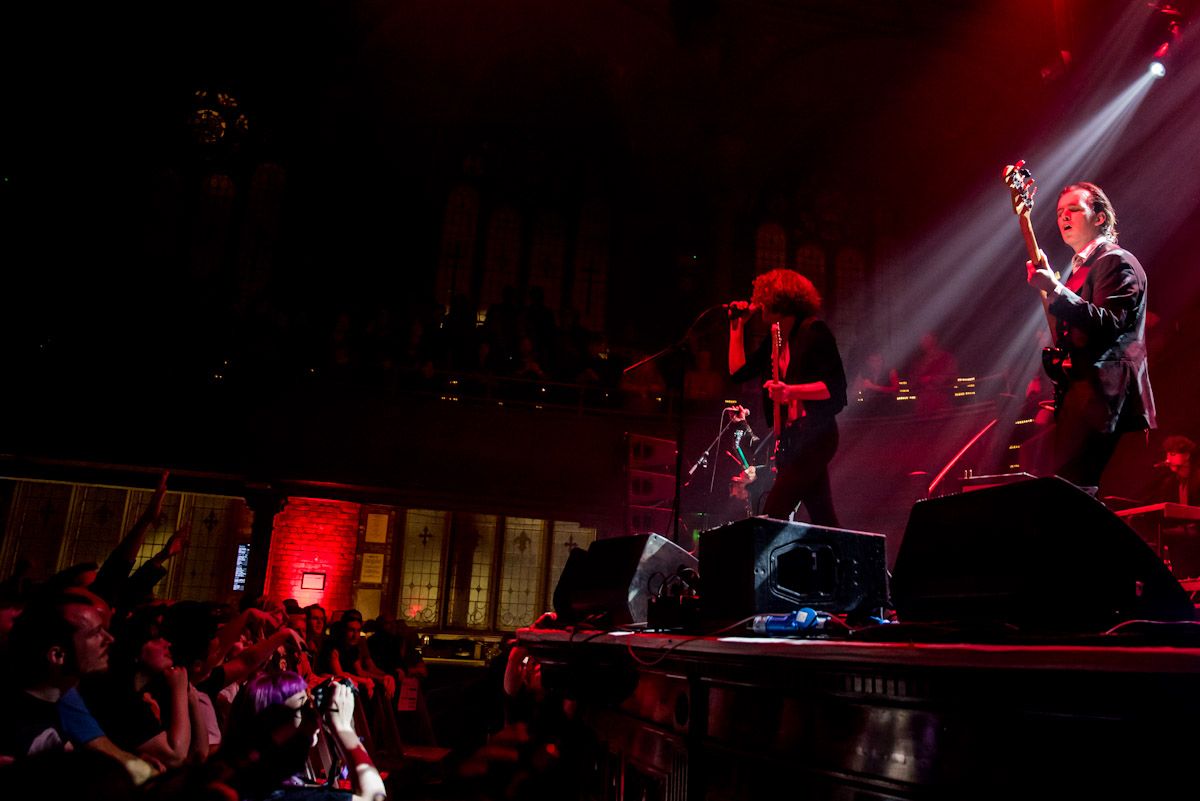 The familiar strains of Tom’s monologue at the start of Fantasies of A Stay At Home Psychopath fill this majestic hall before the band hits the stage, and Something Wicked This Way Comes cranks into gear. It feels like a non-stop battery, no let-up, 40 Days and 40 Nights, during which Eoghan gets on the bongos! (That’s a new one on me!) and Lunatics From A loaded Gun. The audience is ecstatic, and the band continues the momentum with Brave New World. It’s an aural assault, no let-up, a rolling battery, echoed in the writhing mosh pit.

An unfamiliar song, The Writer, with its slower pace leaves the audience cold and the previously rocking mosh pit stalls to a halt. It’s an extended, progressive freak-out but, Tom admits ‘You try and introduce something new and it just during work, does it?’ it’s a brave man that admits when a song falls flat! Wow! The band immediately makes amends with ICB Blues – and the audience gets back on it! It’s amazing how one song can dampen a gig – this ruthless audience just want to be entertained, they want to hear the old stuff, and there’s no space for experimentation! 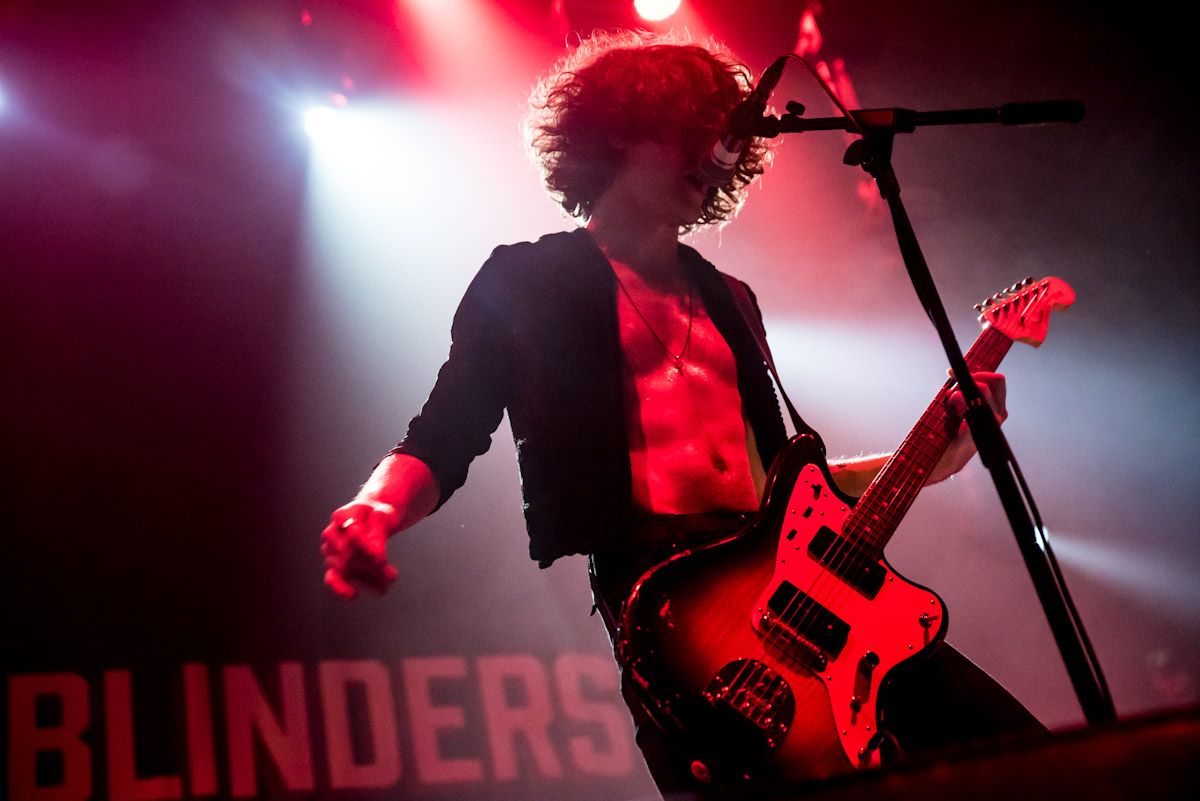 Thomas, the slim open shirted waif in flared jeans. A perfect pin-up for this right-now generation; the disenfranchised army of stay-at-home, disconnected youth. He gives them an excuse to get off their arses – get out and experience something – something they have been denied for the past eighteen months. Posing somewhere between a lithe Jim Morrison and ‘71 era Robert Plant, louche, guttural, feral; he stalks the stage, squatting and firing his guitar skyward as Charlie prowls, his thousand yard stare perfected; trancelike, he looks over the hungry crowd, which moves as one to every rock and roll. 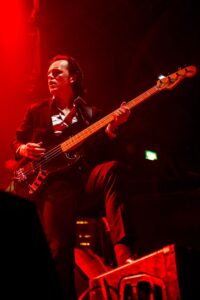 The miserable fucking weather outside is at total odds with the sparkling firework display going on inside the venue; so many smiling faces, so many people having a good time! ‘Dance dance dance to the hate song’ screams Tom as the track accelerates to a close, and the mosh pit moves faster, in harmony – it’s intense, visceral and completely absorbing.

The opening to I Want Gold sees Tom & Charlie ballroom dancing to the piano strains that open the track. I’ve been watching this band for more than five years and it’s just glorious to see them enjoying themselves so much!

Another new track! City We Call Love, and the audience loves it – another assault on the senses as it drops and explodes, and the crowd goes mental. Eoghan does his thing, filling out and adding some sonics to the proceedings.

Et Tu/Brutus, which used to finish the set is now shunted foreword with the original sparse canvas given a rich lick of paint, fully fledged, reworked and sounding amazing. Rat in a Cage is probably the most intense track of the night with Eoghan using the mic stand to play his guitar. He wrestles with it until it buckles, and he throws it across the stage. 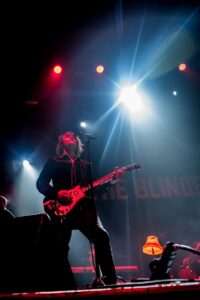 Another highlight, the now calmer Circle Song, lifted from The Lounge Lizard Session is just beautiful with its lighter piano opening. Tom, playing the consummate rock star, mic in hand wooing the crowd before the song slowly breaks into the full-on rock assault crowd pleaser it’s always been – and did I see a mobile phone being held aloft during the quieter moments? I think so!

Rat In a Cage with its Stones/Beatles influence sees the whole auditorium dancing in unison before they close with the menacing Black Glass, given an almost religious wash in this once Methodist hall.

One of the best gigs I have seen in my life, and that is really saying something. The Blinders live, have blossomed into a true force of nature. It’s been a long time coming, but now, after all these years seeing them live, I can finally see the rock-star band they have always promised to be. I don’t say that lightly – I’ve seen a lot of bands; but The Blinders, tonight, are right up there with the very best.