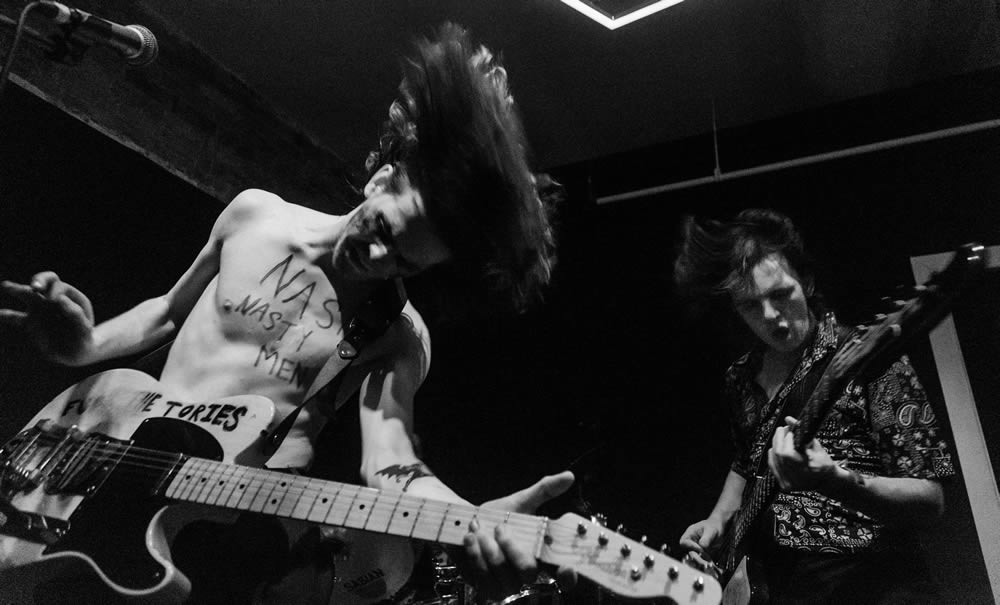 The Blinders ripped Manchester’s Jimmy’s apart last night as part of the This Feeling weekender with support from Saytr Play. Nigel Carr reports for Louder Than War with photos by Paul Husband.

In true rock star style Thomas only just makes it to the gig in time, his face smeared in black make-up and the words Nasty Nasty Men scrawled across his chest. One can only wonder what he’s been up to on his journey to the venue.

He dives onto the stage in a thick woolly coat, head bowed as the rumbling bass line of Gotta Get Through tumbles slowly forth. It’s a fierce growling prequel to the night, just to set the scene. The band launches in to ICB Blues. A visceral, gut wrenching explosion of sound, brutal in the extreme. Thomas’ slap back delay, surf guitar, piercing the dark intensity of Charlie’s supercharged bass and Matty’s hammering beats. 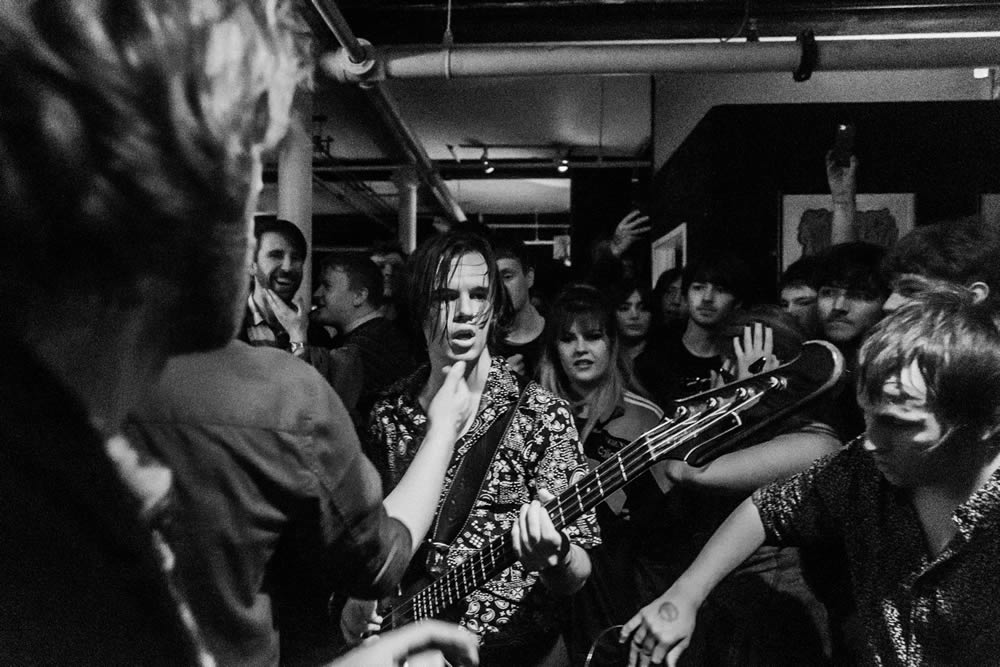 Forming part of the confrontational storm that now defines the band, Charlie has developed an aggressive thousand yard stare of which photographer Paul Husband said afterward: “I was never sure if he was joining the revelry or about to twat everyone”.  He aims his bass at the audience, strutting around like Wilko Johnson and looking like a young Nick Cave.

When I first saw The Blinders in Salford nearly a year ago, the crowd stood back and clapped appreciatively. Now, it is pure mayhem. During Murder At The Ballet the mosh pit just explodes, enveloping most of the audience. There’s even a bit of crowd surfing going on, with one generous long haired kid spewing beer all over the onlookers below!

Thomas never veers from producing a searing sonic performance wherever he is; rolling around the floor, back arched, or in the centre of the crowd. His guttural vocals and guitar work, bang on. When he breaks off in the middle of Pig Fuck/Swine for his chocolate river ride poem, the band returns perfectly on the beat and in tune. Delivering the kind of polished continuity you’d expect from artists toughened by a year of constant performing. 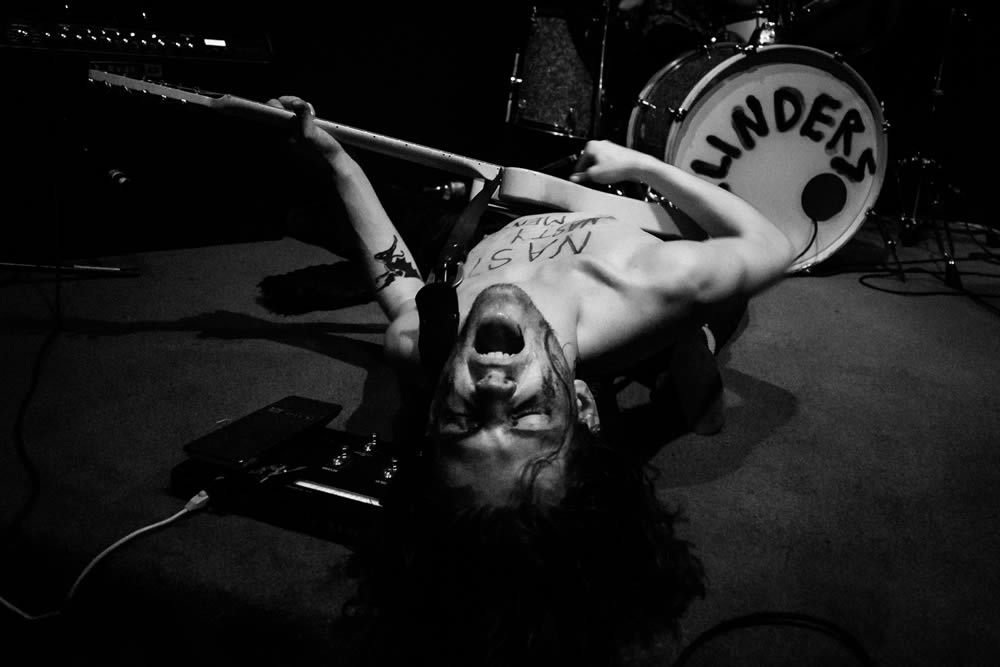 They close with new track Brutus with its poetic wordings, ‘Do they discuss it in a cave, in a tree, broken shadows through Westminster Hall’, before crashing to a tumultuous end. The energy in the room is somehow concentrated by the shortness of the set, the three gelling together as a true force of nature.

When it’s over you feel like you’ve been slammed into by careering truck. The whole band as one; a 21st Century Experience, cementing their place as the best live band in the UK right now. Simply stunning. You have to see them!