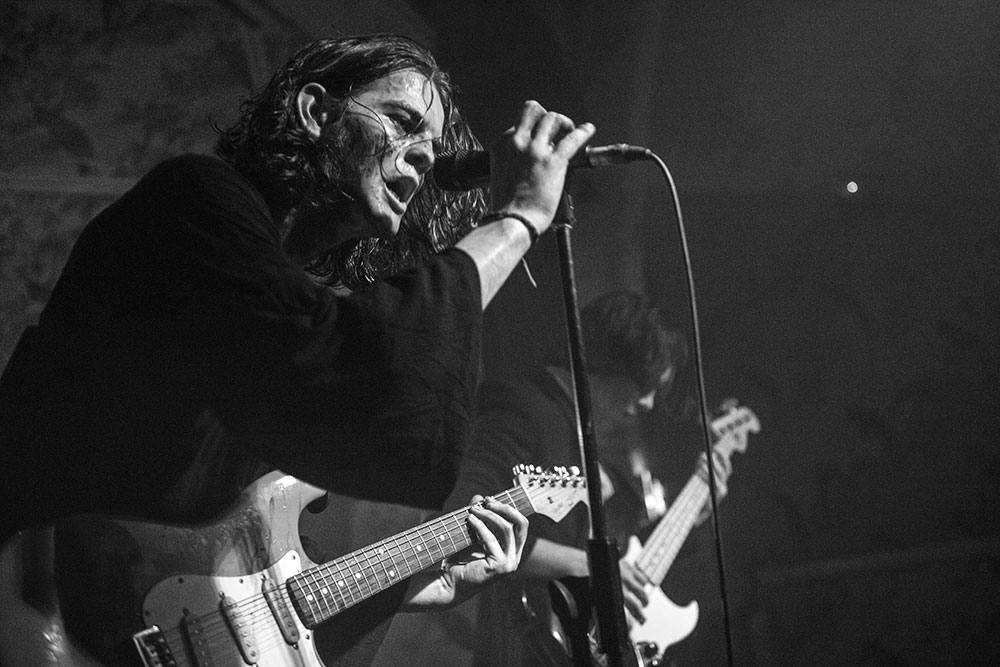 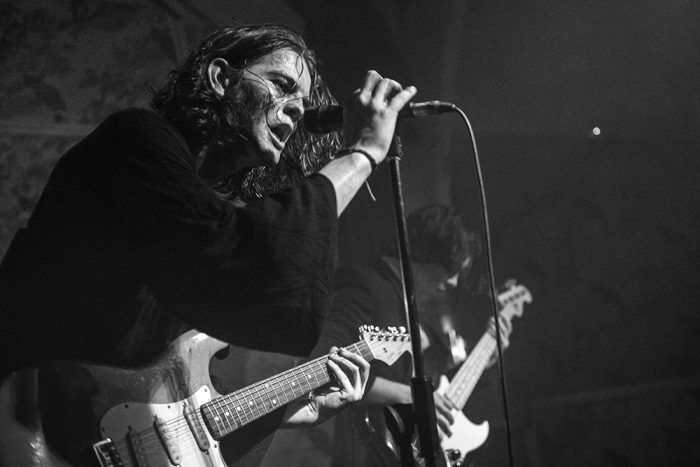 Doncaster’s The Blinders stormed the Deaf Institute last night with help from the awesome Strange Bones – Nigel Carr reports back for Louder Than War with photographs by David Gleave!

It’s nearly two years since Dave and I first encountered The Blinders at the King’s Arms in Salford. There was something truly special about them. It made me want to keep a memento of the event and to this day remains the only set I have videoed all the way through. The perfectly formed songs and incendiary delivery put them miles ahead of anything I had seen previously; a tight almost visceral groove, passionate, extreme and above all original.

Fast forward and we see a band on the brink of greatness. A lot of water has flowed under the bridge since that indelible debut. Not least the fact that they now have a record deal which has seen them in the studio with legendary producer Gavin Monaghan, working on their first album.

They kicked off their nationwide tour to a rapturous reception last night at King Tut’s Wah Wah Hut in Glasgow. For the second date they are back in Manchester, their spiritual home to wow us at The Deaf Institute and it’s sold out – rammed, hot, sweaty, busting at the seams.

The crowd has already been fluffed up by a phenomenon; the Prodigious punk, that is Strange Bones – bare-chested balaclava’d, testosterone fuelled mayhem; Its lead singer Bobby Bentham, the deranged bastard child of Frank Carter and Keith Flint with matching scissor jumps and guttural vocal. They deliver a thunderous, high energy, pulse racing set of pure obliterating punk. The perfect entrée for the main course! 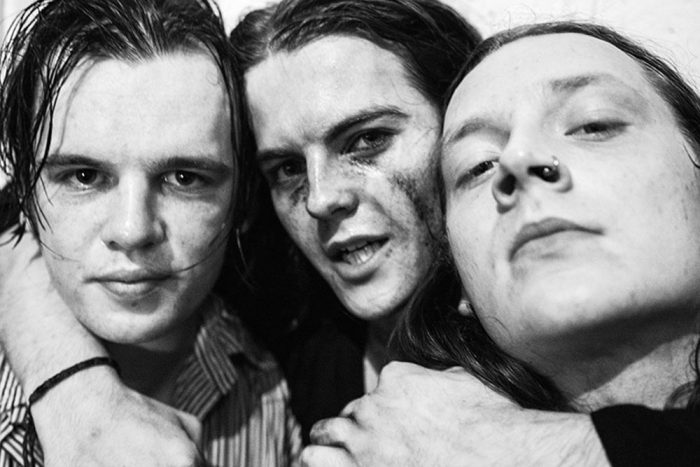 Opening with Gotta Get Through, The Blinders career into Swine with its gut crunching basslines, the months of gigging and rehearsals truly paying off. Heavy, paced, slick and perfectly crafted – a searing wave of intensity. Thomas attacks the mic, eyes daubed in black and Matty creates an all-pervasive backbeat while chipping in on backing vocals. Charlie stalks the stage, his transformation complete – from floral shirts and fop to the wild-eyed, black-suited bassmeister he’s become.

Free The Slave segues effortlessly into I Can’t Breathe Blues and new songs are dropped in mid-set – Where No Man Comes with its slower deliberate delivery and Hate Song, sitting astride last single Brave New World.

Careering to a close through Ramona Flowers the band finishes with Et Tu Brutus/Berlin Wall which sees Thomas bravely position his mic in the middle of the mosh pit for some proper audience participation. With the crowd going wild throughout the set, he does well to withdraw unscathed

Each time I see this band I think ‘this is the best’ but frankly they just keep getting better and better. Thomas is developing into a true showman and the band gel so well together. We’ll have to wait until the Autumn for their debut album but if tonight is anything to go by it will be a classic.

Catch the Blinders on one of their forthcoming dates – some like Birmingham and London are sold out – so get on a train – It’ll be worth it, trust me!

The Blinders are on Facebook and Twitter and their latest single Brave New World is on Spotify and iTunes ‘The Blinders the interview – an exclusive LTW chat backstage with the band will be posted soon! 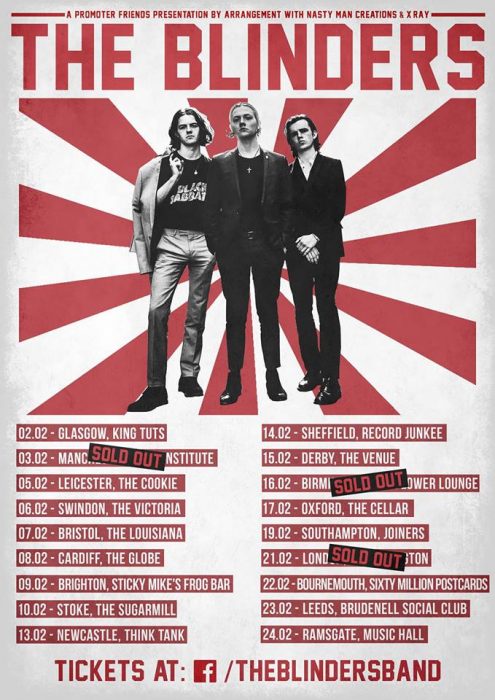