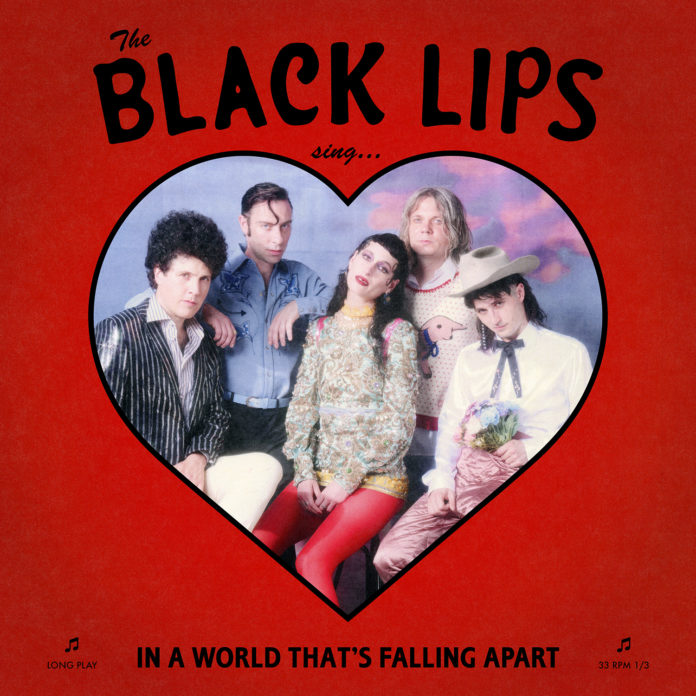 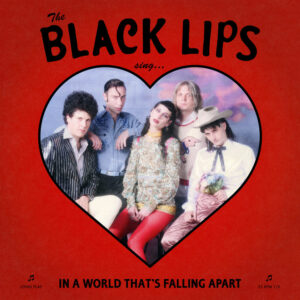 Black Lips return for their ninth album and make their case for best new country band. Pastiche and parody, homage to the music launched in their native Georgia, or a true new direction?

From the home of the Little Old Log Cabin In The Lane, Atlanta’s garage bad kids, The Black Lips, have returned to their hometown’s country roots for their ninth album. Over the last two decades they have passed through their well-documented early years’ insane hijinks that grabbed the world’s attention and made for some of the wildest live shows, through their dalliances with producer du-jour Mark Ronson, along with Patrick Carney and Sean Lennon, the tragic early loss and more recent departures of founding members, and have now produced one of their best records to date. From the very beginning, Sing In A World… is steeped in traditional country rhythms and themes and the band have finally flung themselves wholeheartedly into a genre that they have touched on ever since Sweet Kin on their debut album.

Album opener Hooker Jon, a tale of confusing sexual encounters sets the album off on a bouncing note with stories of LSD-laced meetings, the protagonist losing themselves in search of Route 66 while nobody around knows what truly turns them on. The guitar buzzsaws behind a strumming acoustic and shuffling rhythm, a lackadaisical Southern drawl melody lopes over the top as strange sounds jump out from beneath, perhaps a nod to original psychedelic garage masters (and fellow Southerners) Thirteenth Floor Elevators. On first listen, it’s hard to know whether this is a serious style shift for the band or whether it’s a nod and a wink to a music scene from which they escaped, despite the strength of the song. That sense, however, is soon put to rest on Chainsaw, which drops down and into a plaintive country ode complete with slide guitar and wonderful breaks and chorus changes that glide naturally in and out of each other. When the band spoke to Gigwise two years ago about the album, Cole said that they had had the idea of creating a spoof country record, but it’s doubtful that they would have known exactly how good and authentic they would make it sound.

Of course, there are some clear more tongue in cheek moments with some of the lyrics, such as on Gentleman, that trace back through the like of John Prine. However, the song has an eccentric and individual appeal as the chorus rises into an arms in the air moment and then back into an almost lazy rap, “hick-hop” as they have previously labelled it. But what comes through in spades on the record are the stories that they have crafted. Each song is its own tale, a character piece that once woven together create a twisted world of everyday protagonists. And in that lies the true charm of the record. Rumbler, one of the songs that comes closest to the Black Lips’ previous sound, is a wonderful story of a renegade loner back from the war falling in with a vigilante group, a true story of bassist Jared’s uncle. Single Odelia harks back to their previous sound as well, but the added twang of the guitar riffs draw a firm line to what they are aiming for on this record. Elsewhere, Get It On Time drops right down and is probably a contender for the most plaintive Black Lips’ song, while Angola Rodeo revs up into a Stones-like honky-tonk rock, the intro teasing in their version of T-Rex’s Bang A Gong (performed with Boy George for WXPN), and Locust comes close to the sunshine psych-garage of their peers Alah-Las

On Sing In A World… The Black Lips have taken a left turn back to their roots, beyond their garage beginnings and on into the musical heritage of their home. They have written a great true modern country-garage rock record that pulls together a cast of characters in a world that is laid vividly before you. While the aesthetics of the album in general and their previous comments point towards pastiche and parody, they have in fact surpassed it and, if not a long term change in direction, have crafted a fantastic homage that should be embraced by their fans and those into biting original country music. A triumph!

Watch the video for Rumbler below