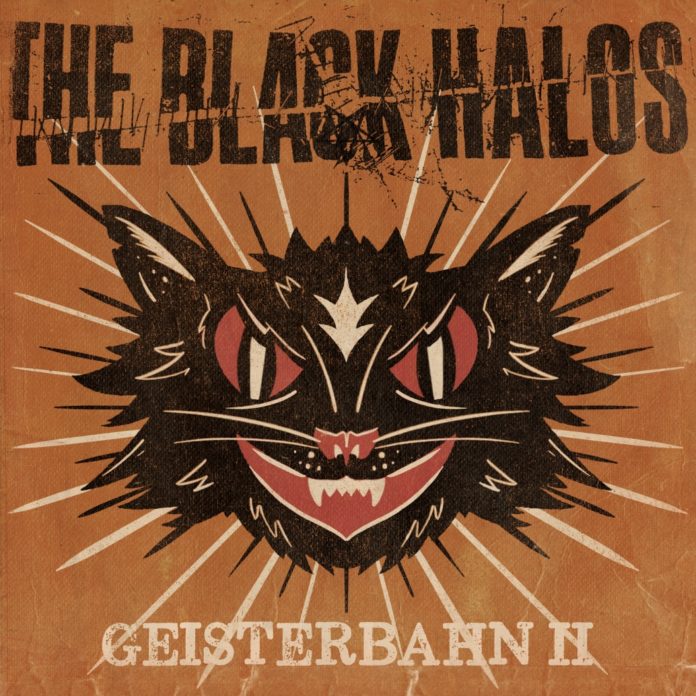 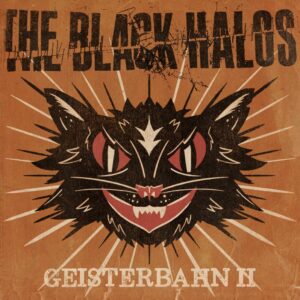 After a hiatus of around 12 years, The Black Halos finally return with a new single, Geisterbahn II, and Ian Corbridge gets caught in the headlights of another triumphant reincarnation.

The Black Halos exploded onto the Vancouver musical landscape in 1995. Drawing inspiration from the first generation of punk bands from both sides of the pond, including the Stooges, Dead Boys, New York Dolls and The Clash, they quickly developed a reputation for their incendiary live shows and angry and angst-ridden songs with an abundance of punk attitude. However whilst their songs were loud and abrasive, they always had a finely crafted edge and their seminal second album, The Violent Years, from 2001 is testament to all of that.

Inevitably the band has experienced turbulent times over the years with various break ups and reformations but it’s been a long time since the majestic We Are Not Alone album in 2007 and not many people saw this new one coming. With the success that guitarist Rich Jones has enjoyed as a major part of the songwriting team behind Michael Monroe and the numerous other ventures pursued by vocalist Billy Hopeless as well as other band members, there just didn’t seem the time to get back together. That is until they were drawn together at the Canadian Music Week in 2019, and from that new beginning, the Halos began to shine once again.

We also have the exciting prospect of the regrouping of the band’s original members and songwriting force comprising Billy, Rich and guitarist Jay Millette who take them right back to their roots. All this combined with original and highly respected producer Jack Endino, who has the likes of Nirvana and Soundgarden on his CV, gives you a sense of the momentum that the band can pick up almost immediately.

The new material proves beyond a shadow of doubt that The Black Halos are back with a bang. Geisterbahn II takes us on a fast journey on a ghost train as the low key intro bursts into life and reminds us how the band established themselves as curators of some great arms aloft sing-a-long punk anthems over the years. Billy sings about being “caught in the headlights of life” as the guitars roar and Billy’s trademark throaty and abrasive vocals remind us of the massive influence that Stiv Bators had on so many in the world of rock’n’roll.

Tandem Drown shows a more sensitive side to the band with a ballad which draws me back to the sound of Lords of the New Church. This also proves the bands ongoing versatility and demonstrates that there will be at least some respite in the forthcoming album. With Billy declaring “it’s a long way back” I cannot help but think that whilst it’s been a long time coming, on this evidence here, it has definitely been worth the wait.

In equal measures to Geisterbahn, an as yet unreleased demo, Fossil Fuel, is another octane fuelled blast of high energy rock’n’roll with hooks a-plenty and Rich’s finely honed writing skills stamped all over it; another one that will create a magnificent sense of madness down the front of gigs in the future.

Whilst highly derivative in so many ways, the songs are superbly written, recorded and produced in such a way that they develop a new life form of their own which we should all enjoy. With a new album already written, the re-incarnation is definitely upon us and the next chapter of The Black Halos is well and truly underway and burning very brightly. Here’s hoping that their other projects do not delay the recording and release of the new album too long as I for one cannot wait.

You can find The Black Halos here on Facebook or Bandcamp.