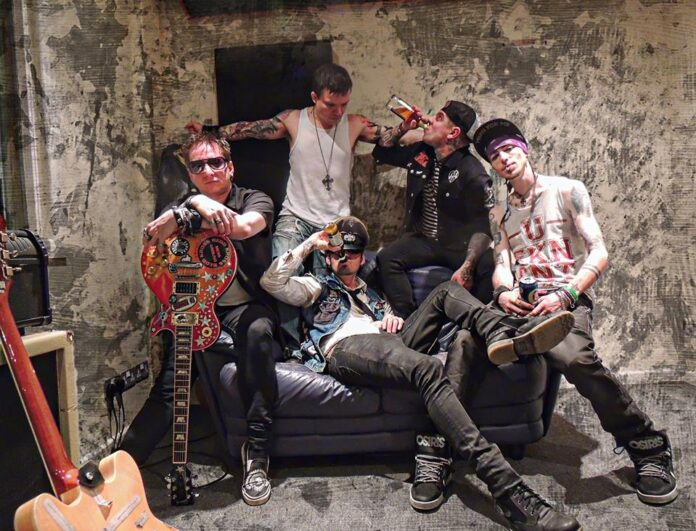 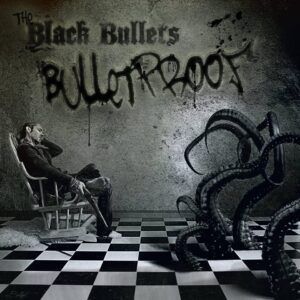 In the beginning there was Rob Castle. He was a swashbuckling streetpunk BMX-er who graduated from the best-punk-band-you-never-heard of XX Cortez to the Black Bullets when he got into motorbikes and Biker Rock.

When he left to marry a Female Rock Icon the band continued.

Hellraiser Liar Billy T took over on vocals and the Jack Daniels fuelled brinkmanship that comes with a band of this ilk (Motorhead meets Dead Boys go Metal).

Guitarist Stevie Pearce was like a young Slash, a killer musician, but he was abducted by aliens who removed his motherfucker gene and turned him into a Born-Again Christian. (He returned to his other band Young Lust, but why let the truth get in the way of a good story)

It took two motherfuckers to replace him, Lance Skybaby and Skinn Flick, desperado bastard children of Zodiac Mindwarp I guess.

The rhythm Kings remain the solid foundation on which Black Bullets are forged, Jim Bones on bass and Carl D on drums; they are the originals and retain the attitudinal fervour of the band.

This is the Bullets third EP and although lacking the musicianship of Pearce, they are coming over heavier and scuzzier than before. A bit more boogie, a touch of harmonica. Hymns to alcohol and drugs with cartoon misogyny and fuck-the-world-isms. Business as fuckin’ usual. 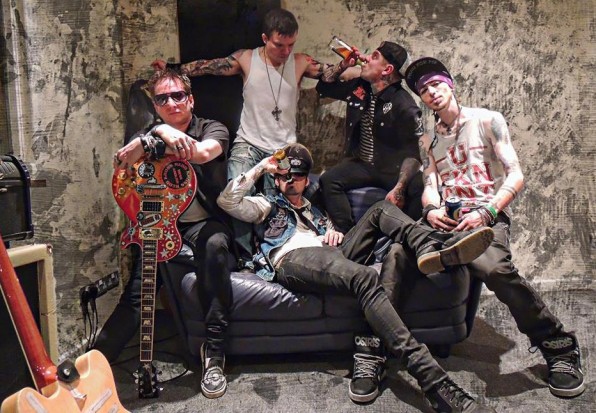 There are five tracks to learn by heart and annoy your neighbours with. Eat Your Heart Out, (tasteful)  Paint it Red, (clever), Spit In Your Eye (Charming), Dead Girls Don’t Cry (an appalling title but don’t take it seriously…) and  Sinseeker. The best saved til last. The lead track I guess, seeing as it’s the one they’ve made a video for…

I’ve run right out of clichés with which to describe the Black Bullets, but they remain the scuzziest motherfuckers ever to suck bourbon, kick ass and rock an’ fuckin’ roll. It;s a great EP, up to standard. All they need is a break and management who can handle them and get them into the metal mags / on tour with some ageing dinosaurs so they can save metal from senility.

The EP can be downloaded from iTunes. Check out the band’s Facebook to find out how to buy the CD. Th tracks on the EP can be streamed on Reverbnation.