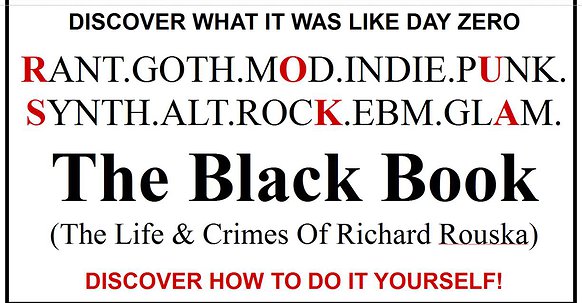 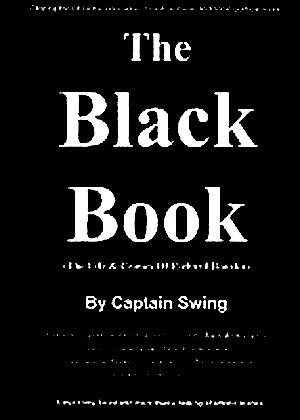 Written by Richard Rouska, The Black Book is essential reading for anyone with an interest in the music, socio-political and fanzine scenes of Leeds and Yorkshire in the 80s. Carl Stanley gives us the low down on this fascinating book.

Getting into all the nooks and crannies of Yorkshire’s alternative music and social political scenes, Richard Rouska delivers a quite brilliant new volume ‘The Black Book’, a one of a kind walk through British music from Rouska’ early mod-roots in the 70s through to punk, indie, alt rock, new wave, synth and every sound, scene and movement that mattered and which made up the musical terrain from the 70s and 80s through to the dawn of the 90s.

Obviously possessing a Duracell battery or two, the semi-legendary Rouska comes across as a real force of nature whose drive, blind stubbornness and genuine love and understanding of Britain’s music and respective scenes results in a read like no other.

Rouska’s unique perspective as fanzine and record label co-founder, all under the Rouska moniker, makes it an essential read for all fans of that golden era, during the 70s and 80s, of fanzines and fierce independence.

The book’s not just about the records, bands or gigs though, it’s as much about the cause and effect it had on the streets of Britain, and all delivered with a narrative and writing style to match the spirit of the man himself. But it’s by cleverly using his own eventful life as a backdrop, coupled with his rather funny as well as intriguing ‘memoirs’ looking back at the Rouska groups, events and releases that for those who were actually there will bring it all back. And for readers like myself who were just too young to experience it all first hand, it’s about as close as you’ll probably get to re-visiting a very special era and the psyche behind it … Richard Rouska does it again.

Get a copy of the exclusively and independently released ‘The Black Book’ from 1977cc Publishing website. The book is strictly limited to 250 copies so act quickly if you want one! 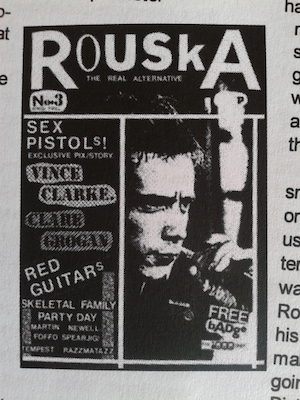 For news and info about future Rouska releases go to 1977cc Facebook page. Richard Rouska is also on Twitter as @1977cc.

Quotes about the book:

“If the industry ever loses intuitive, genial mavericks like Richard Rouska we all might as give up. In this industry we call ‘music’, hopelessly top-heavy with motor mouths and unqualified chancer’s, it is always a pleasure to deal with a genuine enthusiast and informed, dedicated music-lover like yourself” … Tim Hornsby, Fibbers

“Richard Rouska was… something of a legendary figure in Leeds, He gained considerable media attention on the strength of his Rouska organisation. The Full repertoire of his talents was channelled into the Rouska ethic. Such a positive attitude characterised a strong undercurrent of youth culture activity in Leeds during the mid 80’s. Rouska and its various offshoots represent the work of a man inspired by the activities of others around him” … Heartland Anthology I – III, ‘The Sisters Of Mercy Magazine”

All words by Carl Stanley. You can find more writing by Carl on Louder Than War at his author’s archive.