Home Music The Big Midweek: Life Inside The Fall by Steve Hanley : book... 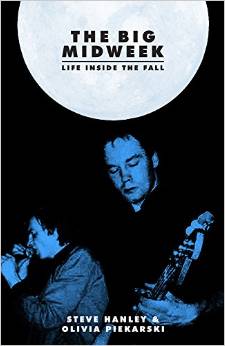 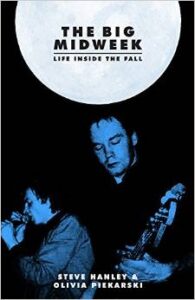 The Big Midweek: Life Inside The Fall

by Steve Hanley and Olivia Piekarski

Much has been written about the Fall and most of it about frontman Mark E Smith but what was life like in this band? What was the reality of life at the cutting edge coalface of underground music in the post punk and onwards era?

Steve Hanley was the band’s backbone, the rock solid bass player whose bass sound and basslines helped to define the band. He stuck it out for 18 years and was the band’s longest serving member before he eventually had enough as well and quit at the end of a disastrous American tour.

In his book he tells the story of his life in the band and the punk and glam years in Manchester that helped to form him. It’s pithy, dry and funny as fuck and told with the bone dry sardonic wit of old school Manchester. There is heartbreak and there is frustration and there is the tuff gnarl truth of touring in band that forever sat on the fringes of sucess with a maverick fronmtan who was likely to implode at any moment.

It’s like a low rent version of Ian Hunter’s Diary Of A Rock n Roll Star that, somehow, doesn’t remove any of the magic of the Fall’s music.

This is the sweaty sock reality story of the smoke filled tour buses, the tension filled studios, the genius filled moments on stage that make it all worthwhile and it’s a must read for anyone who ever what to take rock n roll up for a career as well as the die hard Fall fans who need to know everything about how their band operated and yet still remain in love with that band’s innate and strange genius, an innate and strange genius that Steve was very much part of from1979 when he joined the band with his school mates Marc Riley and Craig Scanlon and become the core of the best line up the Fall ever had.

The book is co written with his partner Olivia Piekarski and is a brilliantly written account of what is was like to be in the middle of the mini maelstrom of the Fall but also what it was really like to be caught up in the punk time-bomb and beyond.