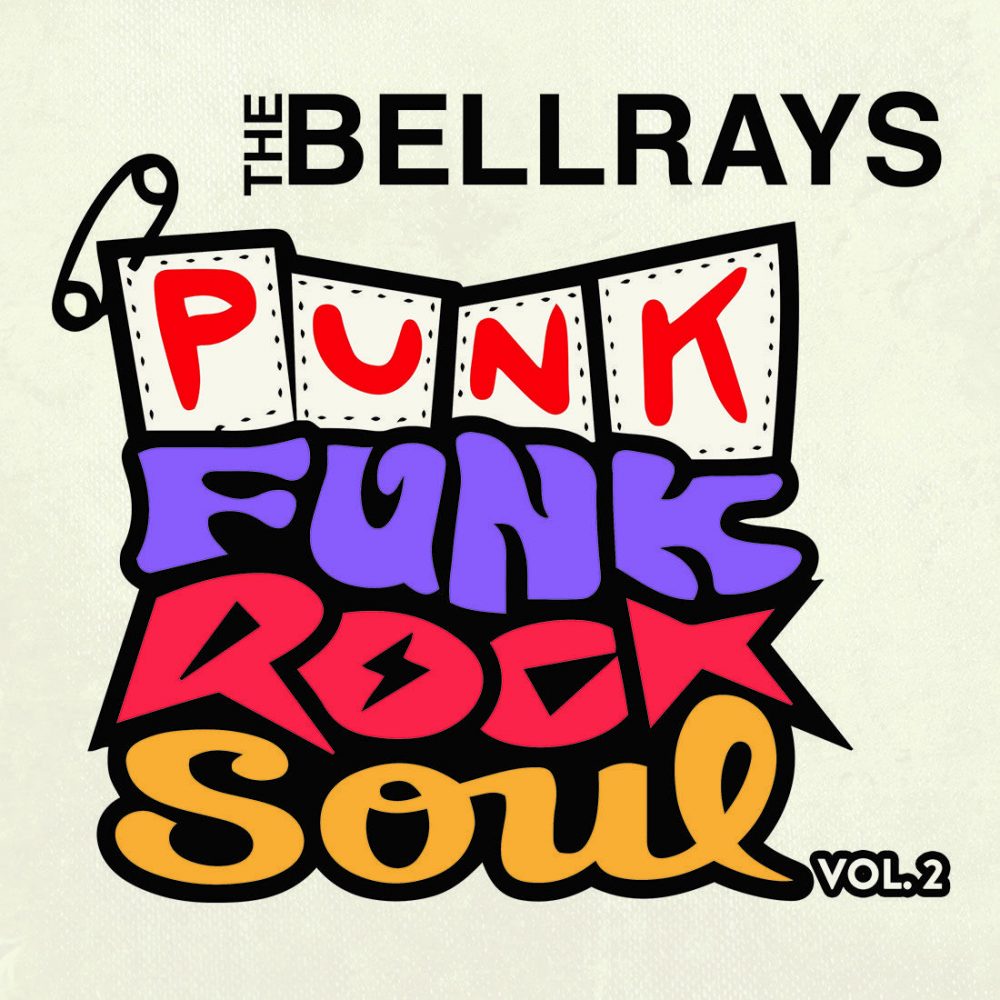 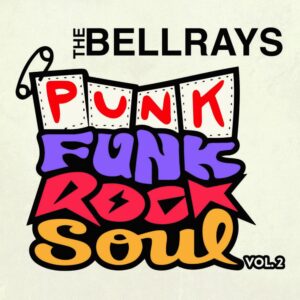 Follow up to 2010’s Black Lightning… an album with a self-explanatory title.

Exactly what it says on the tin?  Well, the ‘funk’ could be replaced with ‘blues’ if we’re honest… but apart from that the Bellrays are a great band.  One who just  don’t need ‘analysis’ or picking apart.  They are just simply one of the best ‘bar-band’s you’ll see.    Traditional. Uncomplicated. Soulful Rockin’ Blues with a bit of Punk attitude. They sound like Maggie Bell jamming with Thin Lizzy  as well as “The Stooges meet Aretha Franklin”.” Tina Turner and the MC5″….   Their press release, (biog, discog and Q&A) is so good there’s no need for me to add anything… so here it is, in full.

Influences: The Beatles, Creedence Clearwater, Muddy Waters, Howlin’ Wolf, Cream, Stevie Wonder, Etta James, Oscar Brown Jr., Prince, Michael Jackson
Motivation: We do it because we must. Who else is gonna do it?
Career Goal: For the audience to be involved and responsive.
Inspiration: Always doing something that matters.
Landmarks: Surviving the first tour. Playing Redding Festival. My first TV performance (Canal Plus, Paris FR)
Sucesses: Having been able to perform for a living for the last 18 years.
Music Description: The BellRays is a high energy, Rock and Roll band. Come and see us and form your own opinions.
Why do it: We’re good at it. We love doing it. People keep coming to shows.
Target: Our audience is anyone of any age, race, or gender who loves music. They love interaction with a band on stage. They like the fact that what we do is real and honest.

The New LP  –  Punk. Funk. Rock. Soul. The main ingredients in a potent witch’s brew that The BellRays have been mixing for a long time now. Returning with their first full new album since the release of ‘Black Lightning’ in 2010, ‘Punk Funk Rock Soul Volume 2’ follows the release of ‘Volume One’, the four-track taster EP released in 2017 as an appetiser for the main feast. ‘Volume Two’ arrives February 2nd via Cargo Record UK.

If music is food for the soul, then The BellRays are thanksgiving and they know how to cook. The BellRays strip down to the meat of what music means to them. Growing up in SoCal, they thrived on radio channels that broadcast more than one kind of music. It was a party. ‘Punk Funk Rock Soul’ is their party with their songs and friends.

“We take our ear where our heart lives in simple song writing, making ourselves and hopefully all who hear it feel good,” explains singer Lisa Kekaula. “We are proud of its simplicity and love how the new songs sound like old friends. This release is a collection of songs that illustrates why we do what we do. We are not 20 year olds and that’s okay. We are proud of our mileage and journey and PUNK FUNK ROCK SOUL validates our comfort in what music means to us. Viability, trend and meaning are up to the eye of the beholder…we like to rock.”

With each song, The BellRays play with the formula. The dynamics shift and change from straight ahead rockers like “Bad Reaction” “Junior High” and “Never Let a Woman” to more rock/pop songs like “I Can’t Hide” and “Brand New Day”. “Man Enough” features tornado drumming and Caravanesque guitar solos. How do you make the dark sound light? Listen to “Perfect”, which is heavy while singing about finding that rhythm together. “Now” spreads out with a simple melody and message of being in the moment. “Every Chance I Get” gets to the blues with its plaintive resolution to use time as wisely as possible. “Love and Hard Times” closes the album with an easy, R&B tinged lyric reminiscent of Levon Helm and The Band. Throughout PUNK FUNK ROCK SOUL, The BellRays slide from song to song, changing the dynamics but not the dynamism. In the studio or on stage, the BellRays equals energy. E=BR(P+F+R+S).