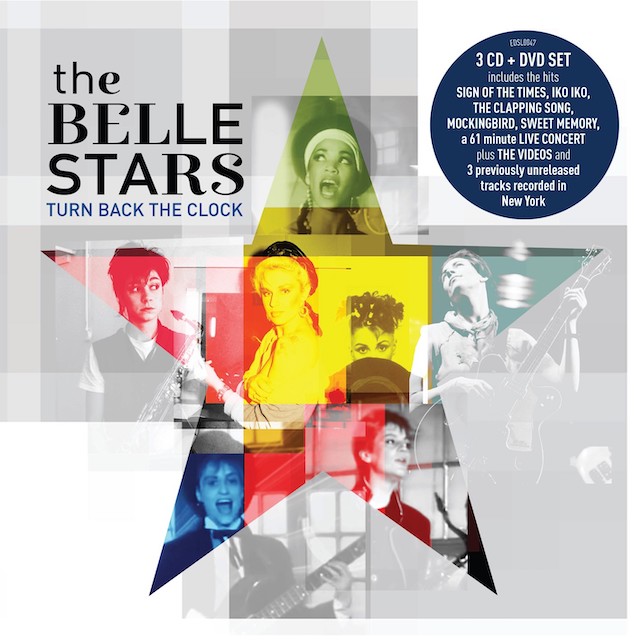 Turn Back The Clock

80’s all girl group Belle Stars have a definitive box set released by Demon Music Group. Containing previously unreleased material the release is due to lift the lid of one of the great groups of the period. Matt Mead reviews for Louder Than War.

Formed from the ashes of Two Tone label act The Bodysnatchers, The Belle Stars were born of the same exciting performance skin and song writing efforts as fellow 7 piece band of the time Madness. Signed to the legendary Stiff Records the band went on to enjoy chart success with 7 UK chart entries between 1982 and 1984, featuring as pin ups in Smash Hits as regularly as Adam Ant and The Style Council.

This collection starts with their eponymous self-titled album. Released in 1983 charting at number 15, a decent entry for a debut long player, it still stands up a great power pop creation. Featuring a mixed bag of band original material with the addition of cover versions, most notable were Bob and Earl’s Harlem Shuffle and Al Wilson’s northern soul favourite The Snake. Of the original material stand out top ten smash Sign Of The Times is still as anthemic as it was when it first hit nations hearts. Unsurprisingly the jubilant upbeat track stood out as a MTV favourite whilst becoming the 30th bestselling single of 1983 in the UK.

Also featured is a track that featured in the Oscar award winning film Rainman. Iko Iko, a cover of a Dixie Cups original, was rumoured to be a favourite track of one of the stars of the film Dustin Hoffman. There are also a bunch of 12” mixes plus a previously unreleased live concert. In a live setting the band pack a punch as powerful as any other band of the period. The sound quality is of decent quality but has a few blips in the mix, as the liner notes detail, this live recording was a one of a kind so the best results have been given to the production, saying that the sometimes rough quality of the audio doesn’t detract from the enjoyment of the recording.

With a booklet featuring reminiscences from the band plus archive pictures and memorabilia, this is yet again another smart release by Demon recalling bygone years of a band at the top of the game, filling out venues up and down the country, attracting excited audiences waiting for that next big hit to fill out their four walls from their turntables. Belle Stars still have that excitement contained in this set, a merry band with a bag full of soul.

Demon Music Group can be found via this link.