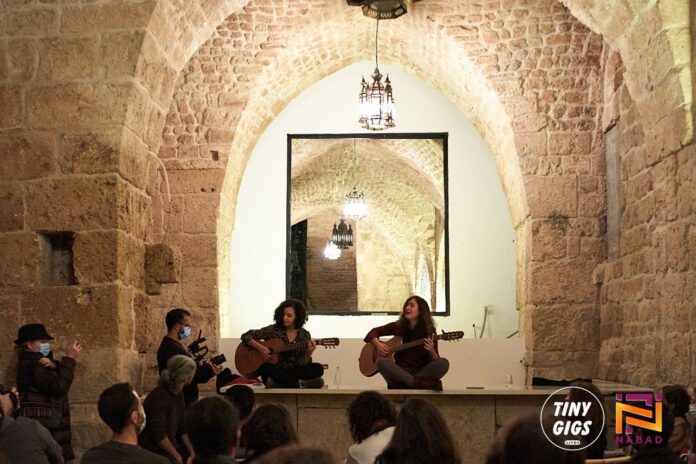 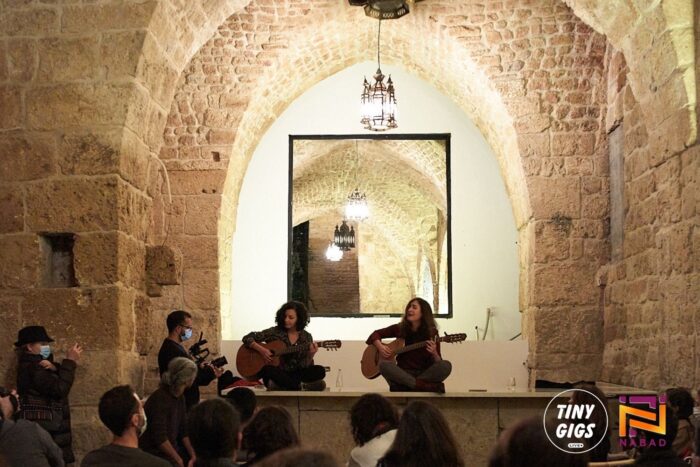 Lebanon has had a rough couple of years. The pandemic of course has been one problem but the huge explosion in the city last year brought it to its knees and the political situation remains difficult. As ever music is the healer and local promoter Anthony Semaan has put together a series of ‘Tiny Gigs’to inspire, empower, entertain and create a sense of community in the city…

Founded in June 2012, Beirut Jam Sessions is a music organization that promotes concerts, sessions and artists in Lebanon & the Middle East and has been doing so for the past 9 years in the country. Their popular Youtube channel has featured a host of stellar artists from around the world including some reputable UK-based artists such as Joss Stone, Keziah Jones and Is Tropical to name a few. The project was co-founded by Anthony Semaan and Roy Jamhouri.

Beirut’s context of late 2019 until mid-2020 and its impact on the music scene:
In October 2019, Lebanese people took to the streets to protest against their corrupt government. Arguably considered as the biggest uprising in the country’s history, this led to the beginning of the total collapse of the economy, not to mention the already dysfunctional political system being challenged. Banks imposed capital controls on the population and the local currency started its downward spiral losing up to 10 times its value (what once cost $1 is now worth $10).

This situation impacted the Lebanese music scene drastically as venues starting shutting down, artists were left without income and promoters were unable to put together events. In the case of Beirut Jam Sessions, Semaan explains to us that he had started offering free artist development sessions to local artists in an attempt to make them see the opportunities within the country despite the challenges: “in hindsight it’s quite crazy to think how oblivious I was to what was about to hit us, but I did feel that artists needed guidance in how to make the most of the little that Lebanon had to offer them at that point in time”.

Fast forward a few months and the pandemic hit. An already difficult situation in Beirut was compounded by Covid-19 which impacted the whole world and left Lebanon’s hospital beds filled to capacity at a time when its people couldn’t afford to eat, let alone pay medical bills. Semaan explains “people took matters into their own hands when lockdowns started happening worldwide because most of us don’t trust our government and I recall we all locked ourselves in before a national lockdown was imposed on us”.

While lockdowns became the norm all across the globe, Semaan used his Beirut Jam Sessions platform to put together the aptly named #BJSINSTAFEST, an Instagram festival of live gigs, that featured over 160 artists from 25 artists over a 9-week period. Artists such as Yo-Yo Ma, Moddi, Nuria Graham and many local artists all came together to show support to those at home and especially in Lebanon. Fast forward a few months and Lebanon’s situation got even worse.

August 4th and ‘Tiny Gigs’:
A moment in history that very few could have imagined in the modern era. 2750 tons of Ammonium Nitrate stored in the heart of the city exploded and destroyed Beirut in what has been described as the “biggest non-nuclear blast in history”. Hundreds dead, thousands displaced and injured, Beirut was truly knocked out. Semaan explains “it was the worst thing I have ever experienced in my life and I wouldn’t wish it upon my worst enemy. But since then a good amount of the Lebanese people have shown unity with one another and each person has done whatever they can to help their friends, families or peers in any way”.

This approach led to the creation of ‘Tiny Gigs’, a series of live and virtual concerts put together by Beirut Jam Sessions to support artists financially and bring some light to the city. The live concerts take place in front of a socially distance audience at locations that were impacted by the blast and the virtual ones featured artists that were displaced from Beirut because of the blast. “These gigs are just a small effort that we can try and do for our community. It might not change much, but for us we’ll always try and give hope back to our city and the artists who made it what it is”.