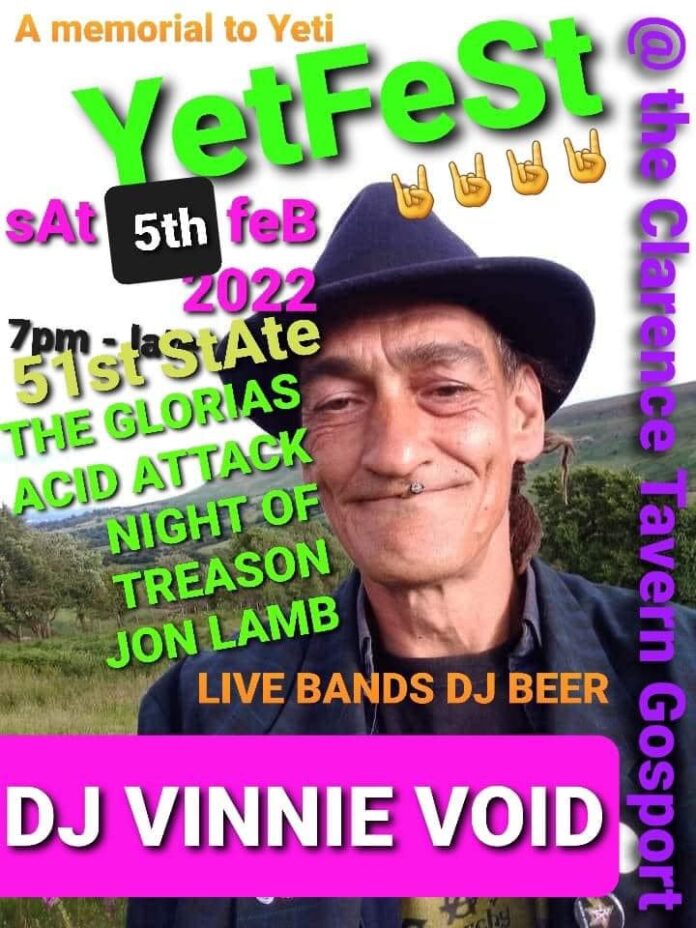 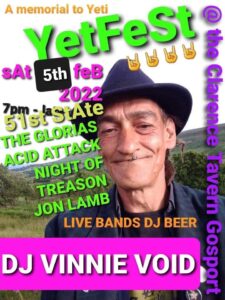 The Bands That Punk Forgot Part 2….

as chosen by the late Rob Stainer aka Yeti.

A memorial celebration of Yeti’s life is being held on Saturday 5 Feb 2022 at the Clarence Tavern in Gosport. Local bands, Night of Treason, Acid Attack and the Glorias are playing, as is Jon Lamb and making a one off return to DJ-ing as a tribute to his mate, Vinnie Void.

Top of the bill are one of the younger punk bands Yeti liked a lot, 51st State -who LTW reviewed here and who sound like this:

Following on from the tributes in part one, Perry Worth had this to say: I only ever saw Yeti at punk gigs & festies, & one time at Strawberry Fair in Cambridge… Each of these times were memorable, mostly as this warm & friendly, big lanky smiling geezer would be telling stories that had his unique, twisted humour running through them & no matter how wasted he might be, he was always warm, friendly,& up for a crack… I didn’t expect him to leave the gig so soon, Rest in punk Yeti, me ol’ mucka xx

No-one had a bad word to say about him basically. He was an original, and he was loved and will be missed.

So here, with Yeti’s original comments, is Part 2 of…

The Bands That Punk Forgot…

Quango – Living In A Shithole

The Apostles – Worker’s Autonomy (Part One and two)

The Kids – we are the prisoners

Adore this ‘un too

Compiled by Ged Babey from an idea by Rob ‘Yeti’ Stainer.