Home Music Reviews Album Reviews The Bachelor Pad: All Hash and Cock : the very best of... 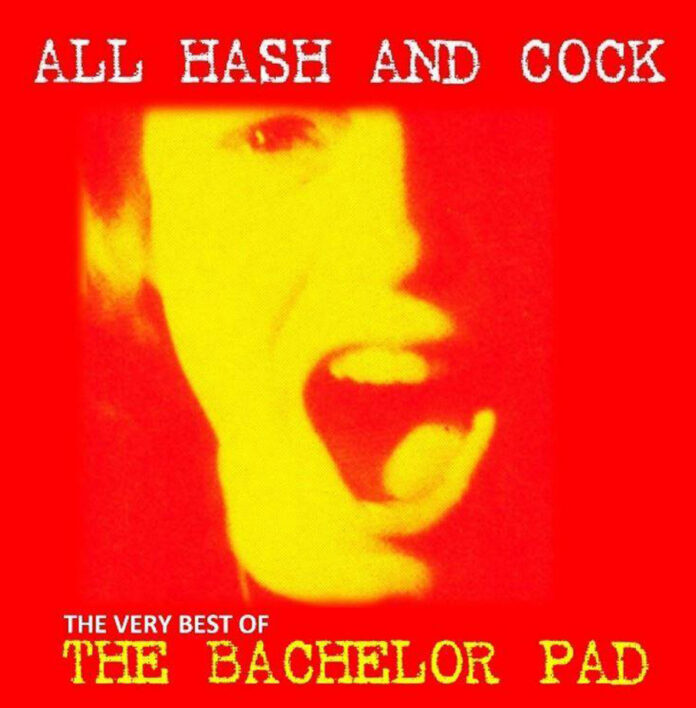 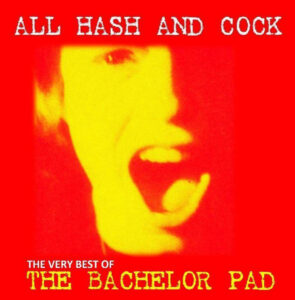 The Bachelor Pad: All Hash and Cock : the very best of…   (Emotional Response)

Every once in a while, a band comes along who, despite their relatively short life span, inject some unfettered joy and excitement alongside a generous helping of barminess to the world. The Bachelor Pad was a perfect case in point. From their debut single The Albums of Jack in 1987, through their one and only album, the delectable Tales of Hofmann, to final single, Smoothie in 1991, their light didn’t shine for long, but it did shine brightly.

For anyone who hadn’t listened for some time, or maybe missed them completely due to their flash in the pan existence, late 2020 compilation, All Hash and Cock is the perfect reminder (or introduction).

The album is packed with 12 fuzztastic slabs of manic pop thrill. The epitomy of an “indie” band in many ways, in the truest sense of the word and in terms the sound they produced that came to represent the sound of an indie band when the term became synonymous with a type of music rather than purely based on how the music was released. All bar one of their releases are represented here (Smoothie misses out on an inclusion) and every track is more than worthy of its re-airing.

Although the tracks don’t appear in chronological order, the album opens with their debut single release, the frenetic clatter of The Albums of Jack. The frenetic pace and energy escalates with possibly their best known release, the playground humour titled Country Pancake and its insane breakneck drumming and fuzzy guitars. The opening salvo continues with Girl of Your Dreams, a track originally available on a joint 6 and a half inch flexi-disc with Baby Lemonade. Delicately opening with a gentle melody of the type that The House of Love perfected before building into its perfect crescendo.

As you would have expected for a “best of” compilation for a band with only a handful of singles, the albums takes in the best of the album tracks too, perhaps best reflected in the glorious fuzz laden psyche pop of Abu Nidal’s Bus, with guitar solo singing like Charlie the cat from the old public safety videos… And that my friends is just the first four tracks.

Things continue in the same vein with the cataclysmic wall of squalling guitars that is I Feel Sick, immediately following that with added organ on the b-side of their first release, Jack and Julian.

Tumble & Fall is the most laid back of the album’s tracks, acoustic guitars punctuated with squealing feedback and space age sweeping electronic sounds. The title, lyrics and melody of their second single Do it for Fun sum up the energy and aura of the album, it is the embodiment of fun. Talking of fun, The Coroner’s Wife is a faux country romp, complete with whistles, chicken noises and western bar piano. Garbagehead mixes 60’s melodies and harmonies with their crashing manic guitar and drums melee.

Penultimate track on the album is their penultimate single Meet the Lovely Jenny Brown, a perfect addictive sixties pop song, deliciously suave but not too saccharine sweet.

The album closes with the wonderful psyche fuelled I Want to Hold Your Head, which along with its nod The Beatles in the title, also includes a little Bowie reference as the song closes out…

Buy this album, then dig out your old copy, or seek out a copy, of Tales of Hofmann to cement your love of all things The Bachelor Pad.

I’m off for a sausage sandwich…

All words by Neil Hodge. More writing by Neil on Louder Than War can be found at his author’s archive. You can also find Neil online at his blog thegingerquiff