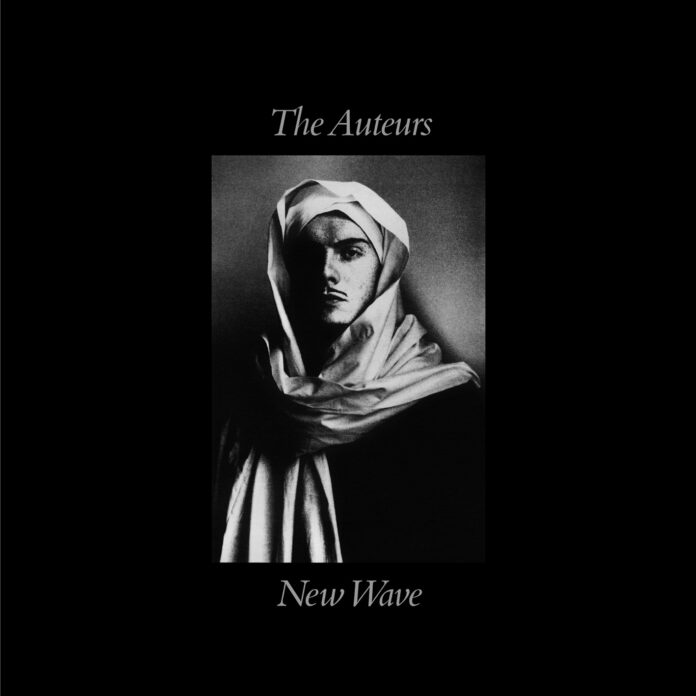 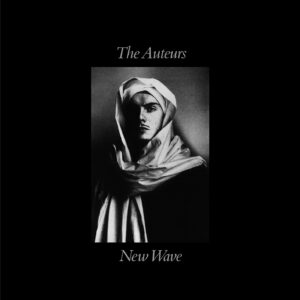 The Auteurs were always basically a vehicle for Luke Haines and this, New Wave, was that band’s debut release. Now reissued and expanded the man himself claims “Some 21 years later and the album still sounds great. There is not a note that I would change.” Ged Babey goes back to the Nineties for Louder Than War.

It was on his next album that Luke Haines finally came clean and admitted, “I’m in cahoots with the Upper Classes,” but “there’s nothing wrong with inherited wealth, if you melt (down) the silver yourself”.

He was, and still is, a rum bugger is Haines. One of Englands finest and funniest lyricists he may be, but also one of the most baffling.  He has obsessions which ingrain themselves into his different song lyrics and become a kind of thematic narrative. On this album it was Fame and Class.

New Wave seemed to arrive fully formed and narrated by a foppish character who was a Child Star from a well-to-do background who finds himself in reduced circumstances. Showgirls, valets and resting actors all inhabit the bohemian world of New Wave. “Mother died in re-hab when I was born,” he sings in one song, she was a seamstress in another.  After lost-years-as-an-actor he finds work valet parking (I’m sick of parking cars, he whines) but ends up as a housebreaker. There’s a beautifully paced series of episodes in the imaginary life of the pale and wan, former child-star who exercises daily in the old backyard.

Pretentious? Not ‘alf! But it works, and it’s great, a classic, majestic album. Suede’s debut was dashing and sexy but New Wave was seductive and masterful.

Haines image or look at the time, long blond hair and velveteen jackets, went with the superior air that he had. Cellos instead of power chords set the musical scene. He was a little Lord Fauntelroy full-grown (and with a new French girlfriend on his arm) and had the air of a young Malcolm MacDowell (there’s something vaguely indecent about you Travis). He was haughty and punchable in the flesh, but the songs made up for it. Ray Davies and Morrissey are usually mentioned at this point by way of lazy comparisons…

The persona though, the character was pure invention, not the real Luke Haines at all, apparently. A friend of mine from Portsmouth remembers being in the same class as him at Portmouth Poly. “He was quite funny, quiet, one of the Goths y’know,” which in Pompey terms mean he wasn’t into the Clash and Medway Punk like everyone else.

Touring the toilet circuit in 1993 The Auteurs played the Joiners and were magnificent; like a cross between The Smiths and the Velvet Underground. When I reviewed them I did a two-fer one piece on another new band who played the same week and had also just released their debut LP and were also very good too. More stadium post-punk poseurs though who sounded like U2 with Sting on vocals imitating Nirvana; Radiohead they were called. The Auteurs were better, they didn’t have to try so hard.

Something that sticks in my mind about The Auteurs gig was the fact that Haines was accompanied pre-performance by a Kylie lookalike with model looks and demeanour. Graham from local band The Bloodsisters and I spent the evening waving to her, from the other side of the bar, going Coo-ee and giggling like schoolboys whilst she found interesting things to stare at on the ceiling and floor, desperate to ignore us, pouting angrily and consequently making us do it all the more.  Haines remained aloof, pale and wan and didn’t come over to give us a sound thrashing.

New Wave does sound near perfect still. The demos and versions on CD2 are interesting and enjoyable in that you can hear how the songs developed and improved. Idiot Brother is a favourite, with its bitchy character assassination matched by cutting guitar lines. Junk Shop Clothes verges on the twee, lest we forget Haines apprenticeship in C86 contenders the Servants where he served his apprenticeship (playing second fiddle, metaphorically to David Westlake).

The three Auteurs albums that followed, in my humble opinion just got better and better in that lyrically they were darker and meatier musically and pretty much unique. The music and lyrics evolved became less ‘English’ and more steel-y, harsher. Haines released a Godlike Genius album of orchestral version of his ‘hits’. Broke his legs, went insane … if you’re reading this, you’ll know the stories … having read his books.

New Wave was just the start of the story of Cool Hand Luke Haines; the nearest we’ve got to a true genius from the so-called Britpop Era. Snap up a copy and hopefully the other albums will follow in beautifully packaged, gloriously expanded form like this.

3Loop Music really does seem to be a label run by people who love the music of their favourite artistes (Five Thirty, World of Twist, Longpigs, Kitchens of Distinction etc.) and they are to be applauded in their endeavours. I like their slogan “Re-engaging artists and fans”. Almost as catchy as “If it Aint Stiff, It aint worth…”

Haines continues to produce wonderful and strange work under his own name. He’d like to thank his mother for inventing rock and roll. He’d be lost without it. He would not be whole.

All words by Ged Babey, apart from lyric quotations by the artist formerly known as Haines, Luke. More of Ged’s writing on Louder Than War can be found at his author’s archive.