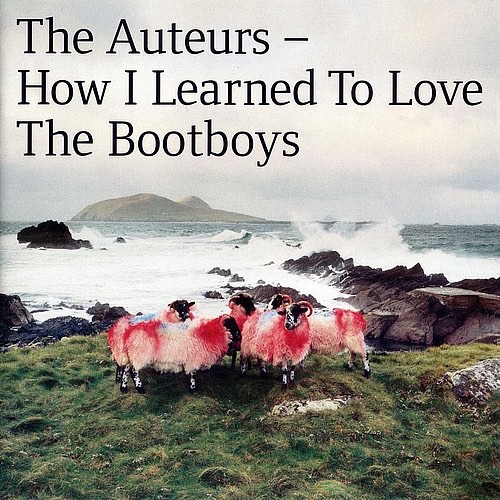 How I Learned To Love The Bootboys : Expanded Edition

The Auteurs fourth and ultimately final album, How I Learned To Love The Bootboys was re-released last month. Louder Than War’s Craig Chaligne belatedly reviews it for us.

Part of the second batch of Auteurs reissues put together by 3Loop Music, Bootboys is the bands lost album. As Luke Haines states in the liner notes it was their least successful effort commercially and critically and was recorded over a period of one year and half while Haines’s other project Black Box Recorder was gathering momentum. Despite its rather convoluted gestation, the album is remarkably consistent. There’s no Lenny Valentino or Light Aircraft on Fire but you’d be hard pressed to find a bad track on it.

The opener The Rubettes that doubled as the album single, gets followed by 1967, each song describing characters with polar opposite attitudes towards pop music but both finishing with a reference to the nineties. There’s an acoustic version of 1967 on Youtube with just Haines and Auteur’s Cellist James Banbury (also included in the bonuses of the reissue) that I always found suited the pretentiousness of the characters in the song better than more produced studio version. The title track with its driving bass line and dance feel in the chorus proves that the direction Haines would follow on BBR’s last album Passionoia was already being explored in The Auteurs dying days. The quasi hardcore blast of Your Gang gets followed by Some Changes, that songs chorus has always reminded me of Heroes by David Bowie (maybe it’s that guitar line in the background). School, I’ve always found a disturbing song, that set of cryptic lyrics coupled with that stop and start drum pattern in the choruses leaves you a with a weird impression.

The album started off as concept piece that was to be called ESP Kids and Johnny and The Hurricanes is one of the remaining songs from that original idea and the record’s masterpiece. Totally mad arrangement but the whole thing manages to remain so bloody catchy at the same time. The South Will Rise Again displays skills with melody before two songs that could maybe described as mood pieces (Asti Spumante and Sick Of Hari Krisna). The albums closes with two fantastic songs Lights Out (again I find the acoustic version in the bonuses the better one) and Future Generation.

There is plethora of bonuses with alternate versions, B-Sides (as good or maybe even better than certain tracks that made it on the album). The second CD features a show that was recorded during the bands last tour. Titled “No Dialogue With Cunts”, it features a set that could be described as “career spanning” as every album Haines had put out until that date gets a least one track in the set list with Baader Meinhof and Bootboys getting the main share. For a band that Haines described as on its last legs in his autobiography Post Everything, the performance is far from workmanlike with Luke fending off hecklers for most of the set (“We’ll be playing them all, you just have to wait”). An essential purchase and an example of how a reissue should be done.