Home EP Reviews The Astronauts: When You’re Not So High – EP review 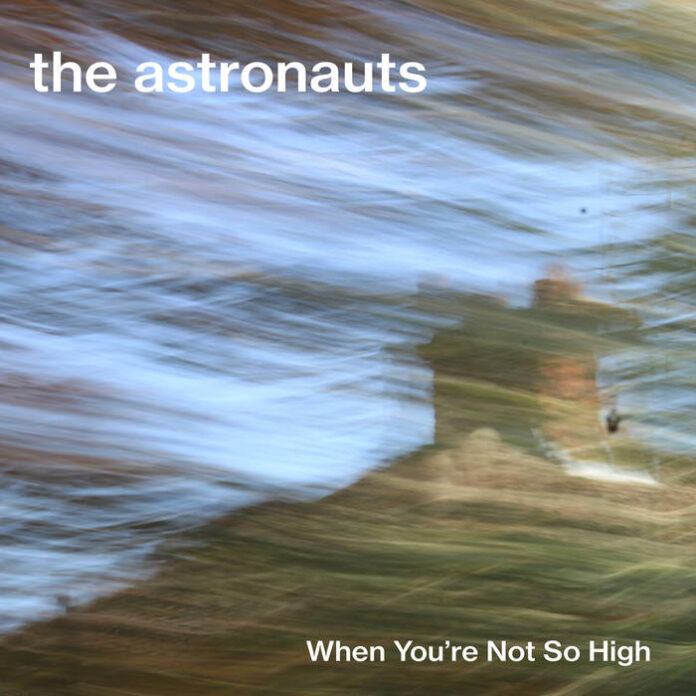 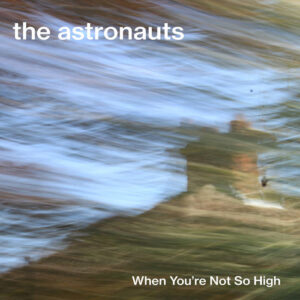 The Astronauts – When You’re Not So High (Grow Your Own)

The new Astronauts release lives up to the claim of being the band at their best. For fans of dubbed up punk rock, chemical beats and a festival vibe.

The perennial Mark Astronaut and his backing band are back. He is one of the performers who, over the years, has always been there. The Astronauts popularity appears to wax and wane but with a core of people who appreciate what they are up to. They almost have cult status and are beyond easy definition. One leg in the anarcho-punk camp and another in the free festival circuit, much like their early label mates The Mob and fellow travellers Zounds, they also incorporate elements of folk and psychedelia to create an ethereal sound.  In a previous attempt to capture the enigma of The Astronauts, I said they “evoke crusties with [Special] Brew in hand and festivals when they were counter cultural happenings.”

Grow Your Own say this release is 23 minutes if The Astronauts at their best and I’d have to concur. What I’m hearing from the record as a whole is a reflective look at how the hedonism and hope of the last 3 decades went awry.

The opening track Heresy is, in my opinion, the outstanding song of the 4 featured on this 12 inch extra player. If I was till DJing this track would make it into the set for sure. The backing track is very much in the tradition of when punks dub it up and play reggae properly – the experts being The Ruts. It also reminds me of the Angelic Upstarts track I Understand. It’s upbeat, the bass and drums locking in to drive it forward. There are a few echo effects and overall has a flavour of 80s/90s dubby festival favourites AOS3, RDF and PAIN.

The heresies summed up are the loss of sharing common resources and community, meaningless rock-‘n’-roll antics that are a “disgrace to the scene”, and the lies of Tony Blair betraying socialism in favour of war (both lateral and war on the poor). As the songs draws to a close, the snare rattles and there is a dub reprise featuring the dulcet tones of Chris Bowsher of RDF/Military Surplus/Faction.

Have It is dancey in a different way with drums emulating the repetitive beats of a rave sound system building during the vocal delivery. A groovy keyboard provides plenty bounce in the interlude between the words. Despite the fact that it seems to lament the dark side of what eventually happened to some of the fun loving rave generation, it is still a happy tune. “A banging tune, a chemical beat. Weekends used to be so neat. Now you wonder what it all meant having it large in a field in Kent” It’s not all backward looking though, as the last line intones a glimmer of hope: “And tomorrow could be better still”

Listen to Heresy by The Astronauts

High is very much standard fare from The Astronauts. It ranges between subdued indie and roaring garage punk with little flourishes during the quiet parts and some great backing vocals.  Maybe there is even a touch of Here and Now in there. Sex and drugs but no rock’n’roll – the song paints a nightmarish picture of abusive behaviour.  And there is a come down.  “Whatcha gonna do when you’re not so high?”.

Melissa’s Party starts on a floaty sound with a heavily echoey guitar (that’s delay to you techy types) before a gently picked, clucking guitar accompanies softly intoned words. There is a crashing emphasis to line endings or key words with keyboards and cymbals. When the song picks up it has a pounding drive. It’s the perfect song to showcase the full range of Mark’s poetic voice. The bass and drums slowly creeping around like some malicious entity invading the happy space. More nightmarish scenarios abound. “Where all the cakes are coated in charlie and all the all the booze is laced with Strychnine”, Melissa’s Party soon goes wrong as one of the participants stops breathing. “And now the party’s getting rowdy. They’re going to sacrifice a junkie and dance until they all go crazy”

Mark’s delivery, as ever, shifts from poetry to singing, from lament to exasperation to anger. This gear shift perhaps gives it more gravitas than a band who are angry all the time.

The striking cover art and insert looks like a watercolour but I gleaned from Facebook chatter that it is in fact from a clever photo taken by Steph of GYO/Anthrax/Hagar The Womb.

Available from Grow Your Own Records