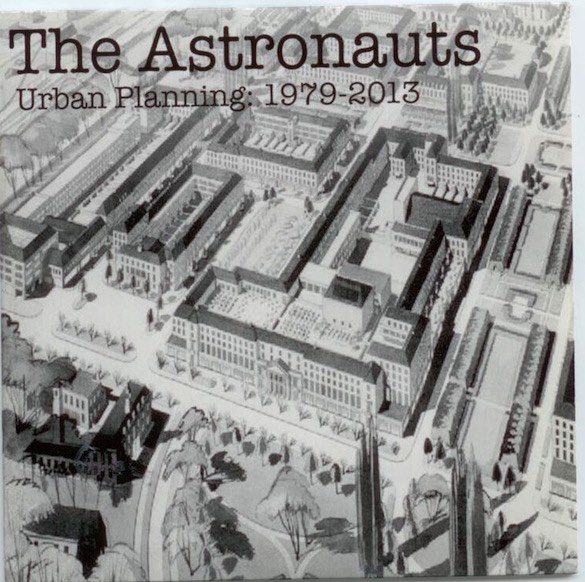 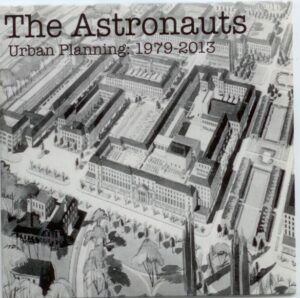 The Astronauts – Urban Planning (All The Madmen records)

The Astronauts’ latest album is a beautiful yet gritty retrospective that showcases the skilled songwriting of Mark Wilkins.

The Astronauts are based in the Home Counties – Welwyn Garden City – to be precise. This CD traces their history from 1979 to 2013 and through the dedication of singer and songwriter Mark Wilkins, better known as Mark Astronaut, the band are still active and will no doubt continue to be so.

I didn’t get to hear The Astronauts until the mid-90s, at a Mad Pride gig. Mark Astronaut has shown continuous support to such causes and although it was a late introduction to the band, I’m glad that I discovered them.

Over the years they’ve had a number of different line ups and this is reflected in the varied musical styles displayed on this CD. Some tracks – like Sod Us and Seagull Mania – are folk songs, both featuring a lively fiddle. When I’ve seen Mark Astronaut perform Seagull Mania (a song about urban squalor and disillusion caused by the failing of radical ideas) he’s always sung it a capella so it’s interesting to hear it here with a folk arrangement.

In recent years Mark has teamed up with a group of teenage musicians and recent song Hersey is about the loss of community – something that’s happening too often in these days of gentrification. It shows the band tackling 70s dub reggae in fine form, while Have It (about modern day DJ culture) sees them taking on rap and techno sounds.

The Astronauts put gentle tunes to harsh lyrics, as on Baby Sings Folk Songs. The music gets gradually tougher as the song moves on and at one point Mark sings about the Fulham nightlife and how it’s controlled by the knife; he reminds us about the time when parts of Fulham were quite rough. Don’t Think About features some nice saxophone playing from Lol Coxhill, which takes the song to somewhere else before Mark brings us back again with his lyrics and vocals.

Mellisa’s Party deals with the down side of hedonism. Musically and lyrically it has a brooding sense of menace running through it, a sense that extends to the epic Protest Song.

Since The Astronauts started out in the late 1970s Mark Astronaut has shown himself to be a fine singer and a gifted songwriter. The new songs here show how his songwriting and singing gifts continue to shine brightly. Mark Astronaut is a national treasure.

To buy this album and the single Typically English Day visit allthemadmen.co.uk.

There are a number of The Astronauts videos on YouTube including some live performances. As there’s an American surf rock band from the 1960s called the Astronauts, make sure to search on “Mark Astronaut”.

All word by Frank Bangay, find his Louder Than War archive here.