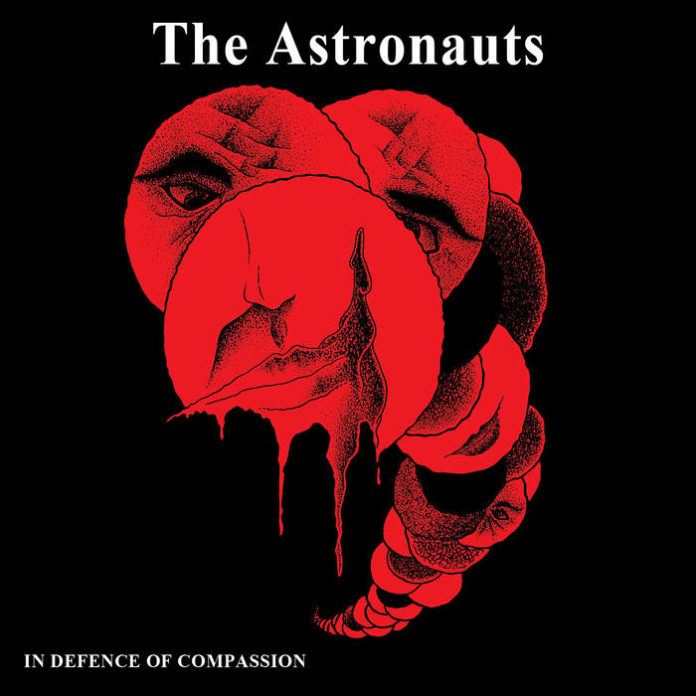 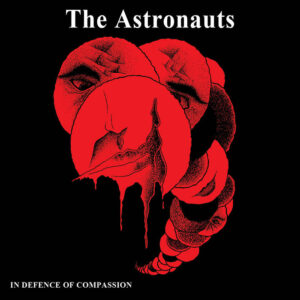 The Astronauts ‎– In Defence Of Compassion (retro active)

A re-release of the 1990 album In Defence Of Compassion for the first time on CD is doubled up to 20 tracks with a previously unreleased lo-fi recording from 1988. Nathan Brown says the additional extras are the gems.

I never really “got” The Astronauts. I knew I was supposed to like them because some of their early albums were on All The Madmen who had released The Møb and Blyth Power. They had allegedly gigged with The Møb and Zounds and occupied that punk meets hippy hinterland. I just never felt grabbed to listen to them long enough. In 1990 they had a lot of competition from noisier albums like Oi Polloi’s In Defence Of This Earth (were the similar titles a mere coincidence I wonder?). This all changed when I played a gig with them in the mid 90s. The poor sods had been relegated to supporting us upstart noisy crusties…but it was Hackney! It was in the live environment that everything clicked into place.

The In Defence of Compassion songs have a very lo-fi sound. Some of the vocal and bass melodies remind me of Acid Stings label mates The Apostles.  This comes as little surprise as both sides of the original album were recorded in bedrooms – side A in Surrey and side B in Luton.  More details on the inlay if you want them.

I can’t help thinking that a better recording would have endeared me to this band earlier. However, now I get what the band are about I wouldn’t change a thing – it feels right. Mark Astronaut is the Astronauts in the same way that Chris Bowsher is RDF. Members may come and go but the poet is the constant and the source from which this well springs.

What I particularly love about Mark Astronaut’s demeanor is that he arrives at his gigs, lurking around the edges, usually clutching a carrier bag. Spotted as he got off the train he could be easily mistaken for a train spotter. He climbs to the stage, stands nervously behind the microphone stand and with no ceremony starts to intone and warble. Something about his presence demands you stop, look and listen. Then the mild mannered man in a parka gets gradually more and more wound up. His arms begin to flap, his feet leave the ground and then he unleashes the anger. Set against the more tame songs the angry ones really hit home and are all the more shocking for it.  Contrast is a great thing.

In Defence of Compassion is an album that covers the pointless banality of work, mental health struggles and unrequited love all set against a backdrop of a cruel Tory Britain. A lifeless, grey, uncaring land of bedsits and concrete brutalist new town landscapes. For a band to still be relevant 30 years on holds up a mirror to our society and the reflection is ugly.
Sometimes morose, sometimes chugging along at an upbeat pace. Sometimes dubby, a bit spacey with a late 60s pre-prog influence. Difficult to describe, The Astronauts’ evoke crusties with Brew in hand and festivals when they were counter cultural happenings – before they became a corporate junket. The song Behind The Mirrors stands out from even this wide range of sounds. It takes cheezy 80s keyboards and drumbeats with samples worthy of Transglobal Underground to create a horror landscape. X-Files meets Clive Barker.

For my money the additional extra tracks are where this CD comes into its own. Essentially it is a “live in the studio” recording that never saw the light of day. The saxophone in particular really adds to the overall sound, played by “a young woman the bass player had met earlier in the day”. Apparently nobody remembers her name, and nobody saw her again after the recording. Such a shame!  The master tapes are long lost so this recording was dubbed from a rough mix on cassette. I don’t think the difference in quality is that great and I personally prefer the overall sound of these songs to In Defence Of…

There are a few stand out moments. Cumulonimbus borrows heavily from the intro to the Stones’ Paint It Black mashed up with some glorious saxophone and a bit of wah wah guitar. Very Stooges.

Political Stances starts with a staccato reggae beat then develops into the raucousness that makes an Astronauts gig so engaging. And lyrically it says so much “Political Stances come straight from the heart”. Then there is the totally rockin’ Diary and the hilariously titled slab of punk Motorbike Sluts From Hull (“Whyyyy should I care?”).  The CD finishes on Typically English Day – a perennial live favourite lifted from their 1983 It’s All Done By Mirrors album. This melancholy nuclear holocaust poem places The Astronauts firmly in their 80s cultural wastelandscape.

If you’re new to The Astronauts I recommend checking them out live. This CD is probably one for the previously indoctrinated, filling a gap, or for people seeking to embrace the past – like many re-releases. The original cover art is given a red hue but other than that is true to the original. The CD comes with obligatory liner notes providing the background to the recordings which makes for interesting reading.  I think they sum up the enigma that is The Astronauts quite well.

The Astronauts are on Facebook
Buy the CD from RetroActive