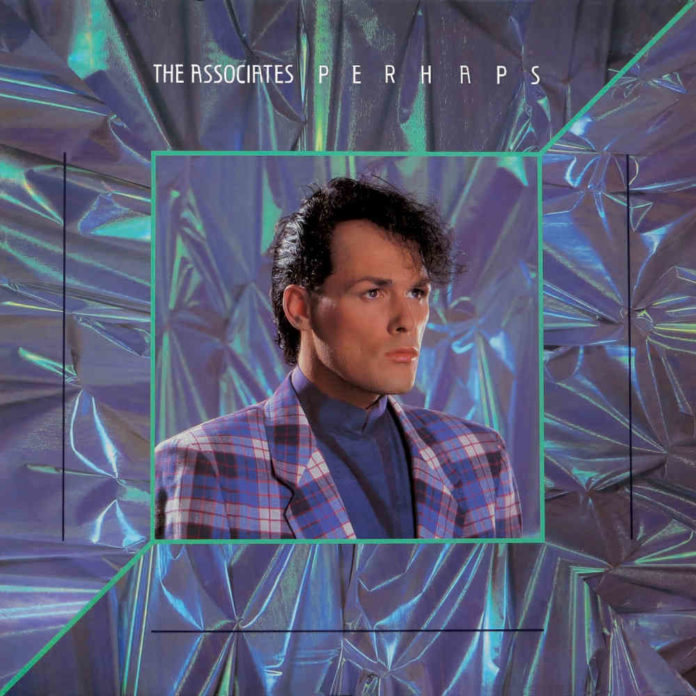 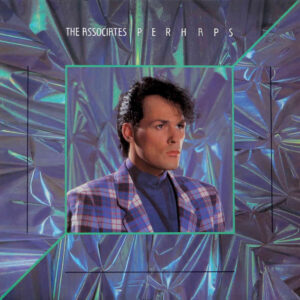 Thirty-five years after its original release, Perhaps by The Associates is given the deluxe reissue treatment. Louder Than War’s Paul Scott-Bates reviews.

In 1982, The Associates were riding on the crest of a wave. Signed to Warner Bros, one of the biggest labels at the time, their second album Sulk had reached number 10 in the UK charts and spurned three top 30 singles in Party Fears Two (9), Club Country (13) and 18 Carat Love Affair (21). An American tour beckoned in their attempt to gain further fame but following illness, vocalist Billy Mackenzie pulled out of the tour amidst claims that the band musicians weren’t good enough. Keyboardist/guitarist Alan Rankine left the band.

Mackenzie carried on under the name of The Associates and in 1985 released Perhaps. Originally intended as a solo experimental album it received the full backing of Warner Bros after they demanded it be re-recorded, with a sizeable advance being paid for recording. With four producers (Martyn Ware, Martin Rushent, Dave Allen and Greg Walsh) it was a commercial failure at the time plunging Mackenzie into debt with the label.

Listening to Perhaps in 2020 it is of course dated but still exudes a delightful charm with several superbly written tracks which all deserved to be hits in their own right. Of the four singles released, Those First Impressions, Take Me To The Girl, Waiting For The Love Boat and Breakfast, only the later troubled the charts peaking at number 36. The feel is more commercial than its predecessor, the critically acclaimed Sulk, and gained mixed reaction on release being criticised for containing filler tracks. The truth is that there is little filler here, there are different styles, yes, and Mackenzie’s vocal acrobatics are often astonishing, any criticism can be directed at a slight underuse of string sections where they would have suited tracks perfectly.

Those First Impressions and Waiting For The Love Boat should have been regular radio friendly choices and consequent big hits. Sadly, the record buying public failed to appreciate the incredible vocal range on offer and wonderful songwriting in collaboration with guitarist and old friend Steve Reid. It’s difficult to see why the album wasn’t a bigger success but fingers pointed to Warner Bros who allegedly mishandled and under promoted the release.

The title track Perhaps, is fast paced and sees a vocal range that rises and soars in a seemingly manic style but somehow controlled. Mackenzie was a huge talent and it was no real surprise that none other than Dame Shirley Bassey recorded with him, he could sing low and high whilst between the two perform an amazing vocal technique that still makes him instantly recognisable.

Schampout and Helicopter Helicopter see a more experimental side with the former containing what can only be described as yodel type screeching and the latter is a frantic steam train of a track with heavy electro warbling towards the end. Breakfast is simply gorgeous and Thirteen Feelings sees a rousing vocal and backing which continues to impress.

The Stranger In Your Voice is criminally underrated as a track and stands out as one of the albums finest although The Best Of You (featuring Eddi Reader on vocals) seems slightly out of touch with the rest of the album despite being a great track. The standard album closes with Don’t Give Me That Told You So Look where Billy gets away with actually singing “blah blah blah blah blah blah” and no-one bats an eyelid.

Disc one contains four instrumentals available on cd for the first time.

Disc two is dominated by alternative versions of the album tracks including three each for Waiting For The Love Boat and Take Me To The Girl (a post Perhaps release). Take Me To The Girl is also given the torch-song treatment and renamed The Girl That Took Me. An ‘edit’ of Breakfast is different to the original version and perhaps (sorry) not as good and, a cover version of Kites, originally a top 10 hit for Simon Dupree And The Big Sound in 1967, which Billy released under the name of 39 Lyon Street are also amongst the additional thirteen tracks.

If you haven’t heard Perhaps before then it will surprise you, not only for the quality of many of the tracks but also for the quite superb voice of Billy Mackenzie. A voice that maybe never reached its true recognition but one that has left its imprint on many singers that followed.