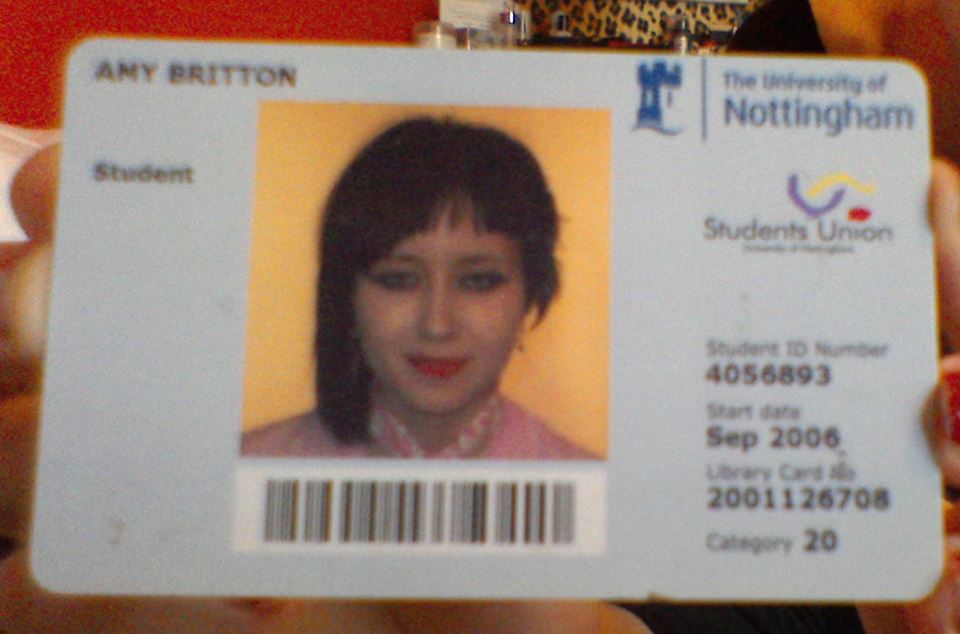 I was sat with a group of friends reminiscing about the mid-00’s when I made a throwaway comment, 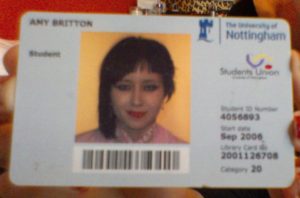 initially meant as a joke, about how I should write a book on the era. In a rapidly-escalating, I shall be doing just that, and am currently working on a book on the arty, interesting side of music in 2004-2007. Here, then, for the wonderful LTW readership is a small snippet from the introduction – a little sneak preview, if you like. The photo is my undergraduate student card from 2006! If anybody would like to get involved in the book or think they can help me, please free to email me! (Details at the bottom)

I was having a bit of clear out when I stumbled across an old purse, sadly devoid of any forgotten-about long hoarded cash to discover, but with a shiny square rectangle wedged into one side; imprinted with a whimsical white bird best known as the logo of the Heavenly record label. In an instant so much came rushing back to me, right down to the specific moment – around the beginning of 2007, when I had just turned twenty – that it had been passed to me, this simple little red rectangle a catalyst for years of memories. There I had been, sat in what was then the Heavenly Social in Nottingham, my backcombed hair withstanding the torrential rain outside but the wet dripping from my heavy-duty fringe and through my clothes. I don’t remember where I had been walking back from – perhaps a modelling appointment, or a lecture on some lighthearted matter such as Hegelian logic or Kantian philosophy, but I know it was raining, cold and that my idea of common sense at the time was to avoid a further soaking then it was of paramount importance that I impulsively dived into the Heavenly Social to take refuge from the downpour. I don’t remember what I was wearing, perhaps for illustrative purposes we’ll say it was my most reliable outfit, a combination of black drainpipes, white shirt, black waistcoat and polka dot neck scarf that I used to call my “Jack the Ripper outfit”, as with hindsight I’m sure it was a known fact that he used to take a break from roaming the streets of Victorian Britain committing murder to stop off at Topshop. What I do remember is Sam, the barman and provider of good conversation and teamwork-related triumphs on the Guardian crossword, passing me that aforementioned red rectangle. “Do you have one of our members’ cards? They aren’t really any use for anything, more of status thing really.” Having been spending a heck of a lot of time there over the previous three years or so, naturally, I took and slipped it into my purse, forgotten about until recently. As soon as I found it again, I felt like I was staring back at another era, a time that – I hope – will become ingrained in cultural history as music and pop culture were taking on a vibrant art-school feel, and during which I had the privilege of being young.

All words by Amy Britton. Find more on her archive at louderthanwar.com/author/amy-britton, on Twitter as @amyjaybritton or contact on amybritton@talktalk.net