Home Blogs The Anchoress: What Goes Around – EP review 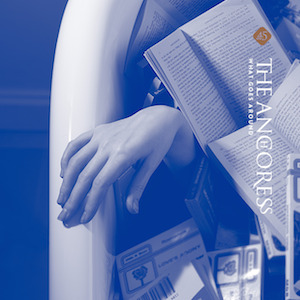 The Anchoress – What Goes Around

Louder Than War’s Martin Leay reviews the debut EP from The Anchoress; the project spearheaded by singer-songwriter Catherine Anne Davies and co-produced by Mansun’s Paul Draper.

Six months ago, at Paul Draper’s West London studio, I was one of the first people to hear ‘What Goes Around’ and the track has certainly gone around since then.

Playlisted pretty much everywhere, its limited vinyl release on the Too Pure label sold out within 24 hours.  Things have moved on since Paul Draper’s mascara and boiler suit days, though, and so the What Goes Around EP can be snapped up right now from all the usual digital outlets.

The EP features the title track, an extended version and remixes by Ed Harcourt and Gavin Miller.  If you’ve not heard the lead song yet, then get your ears around this:

‘What Goes Around’ is a Draper/Davies composition and it’s a powerful opening gambit from The Anchoress.  A barnstorming vocal from Catherine AD is underlined by a classic Draperesque song structure.  The collaboration works.

My personal recommendation is to listen with headphones because Draper’s backing vocal, double-layered towards the end, is incredible.  It’s been far too long since that falsetto has graced a new record.

Mansun fans will be delighted that Draper can still cut a decent record.  Not that they were ever in doubt, of course.  All of this bodes well for the release of Paul Draper solo material.

Draper is reportedly now working on his lost record, the title of which was revealed by Louder Than War in December, and plans to make a track available for the Mansun convention in Chester this August (more details about that here).

Until then, this’ll do nicely and it’ll be exciting to see what comes next from The Anchoress.

All words by Martin Leay, find his Louder Than War archive here.