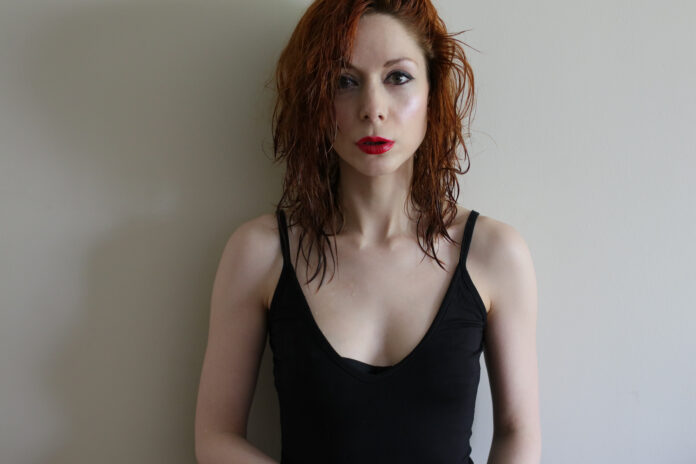 Full of dark synth and the Manic Street Preacher’s guitar, Show Your Face follows up on her debut album Confessions of A Romance Novelist , which was named amongst the Guardian critics’ Albums of the Year, nominated for the Welsh Music Prize, was HMV’s Welsh Album of the Year and won Best Newcomer at the PROG awards. It was co-produced by Mansun’s Paul Draper and released on his K-Scope label).

Written and produced by Davies her new album The Art of Losing, released next year, navigates the detritus of death and The Anchoress duets with Bradfield on one track. It’s a record made in the process of trying to climb out of grief about how we make something from the losses in our lives.

The new album was written and recorded during a busy few years as Davies found solace and purpose in a range of projects whilst navigating her griefs. Most recently this came via the release of her collaborative album In Memory of My Feelings with ace producer Bernard Butler released on Pete Paphides’ label Needle Mythology. She also duetted and toured with the Manic Street Preachers on their thirteenth album Resistance Is Futile, which reached #2 in the UK charts.

Davies was personally invited by The Cure’s Robert Smith to perform at his Meltdown Festival. She also brought a new generation of ears to legendary Scottish rock band Simple Minds, where she spent much of the last five years touring the world on keyboards, guitar and additional vocals. She joined the line-up in 2014, appearing on the Big Music and Walk Between Worlds albums before departing in 2019 after playing over 400 shows with the band.