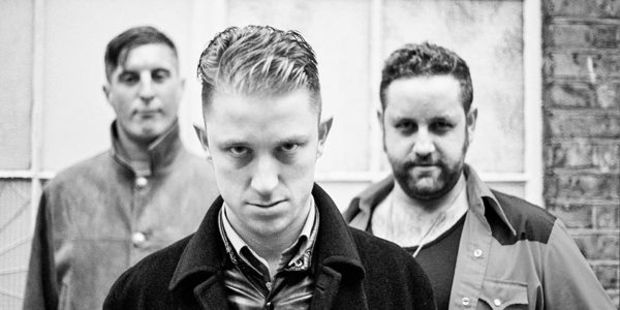 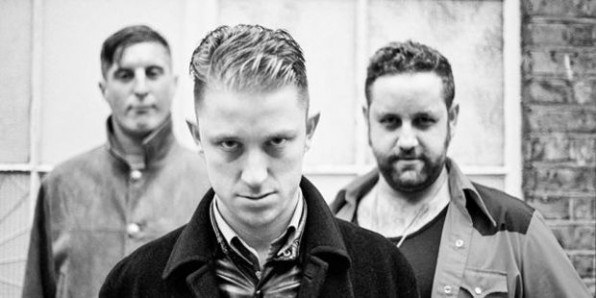 Glasgow’s The Amazing Snakeheads descend on Hull for an evening of sleazy and sordid rock’n’roll. Louder Than War’s Jon Taylor was there to review.

You know you’re at one of those special gigs if you feel hesitant of using the toilet in fear of being lambasted by the lead singer for not paying enough attention.

After a stand out performance from tonight’s support – local pioneers of ‘dark soul garage’ Fire (The Unstoppable Force) who feature former Paddington Grant Dobbs on drums – The Amazing Snakeheads brought their dark and grizzly tales to the soon-to-be UK City of Culture.

Topless from the beginning, sweaty and at times downright scary, frontman Dale Barclay shows the same intensity in his performance as in his lyrics, as he snarls opener ‘Here It Comes Again.’

It’s not until halfway through the set that the band make their first interaction with the Hull audience, newly reinstated bass player William Coombe encouraging those at the back of the venue to gather further toward the stage.

The draw of the Snakeheads’ impassioned and intriguing live show means they oblige, and it’s not long before Barclay finds himself off the stage and thrashing psychotically around the venue amongst the crowd.

In truth, Barclay could’ve either headbutted the drum kit or burst into tears without causing too much surprise, such as the unpredictability of his fierce live performance.

“I don’t come alive ‘til night time,” he bellows in his harsh Glaswegian accent. It’s a statement that’s apparent through his off-stage wanderings in some songs, yet questionable in others such as ‘Memories,’ when he appears lost in his own twisted world, eyes closed, barking “Take it by both hands and shake it if it needs it!”

It’s as impressive a rock and roll show as you could hope to see: at times enthrallingly energetic, at others dark and atmospheric, yet always captivating.

The line-up may have been reshuffled after the acrimonious June departure of Jordan Hutchison and the now-returned Coombe, but songs from debut album Amphetamine Ballads sound more menacing, seedier and filthier than ever.

All words by Jon Taylor. This is Jon’s first post for Louder Than War.