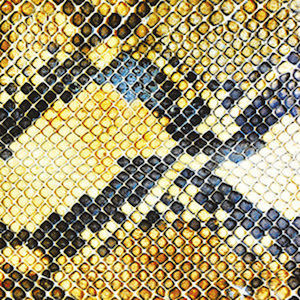 So the revolution has started- instead of clutching at straws and threading together a handful of good bands into a ‘happening’ we have an avalanche of brilliant fuck you music to wallow in.

The Amazing Snakeheads erupted out of Glasgow last year and their recent Amphetamine Ballads album, released by Domino taps into the psycho rock n roll vein of swaggering blues poetry and undescores it witha film soundtrack sense of space of big country. It’s like the powerful Glasgow skyline made into an album and meshingbthat with the teaming street life and stink of reality.

Firmly in the tradition of Gene Vincent through to to the Birthday Party through to Gallon Drunk with a swig of the Gun Club and a whiff of Suicide the band take the ghostly psychotic rock n roll of these high IQ outsiders and turn it into a tense  yet beautiful Glaswegian night out.

There is a simmering intensity about the band on stage- the feeling that at any moment it could kick off and the fact that it never does only adds to their raw power. With a set culled from their recent album- their taut stretched out blues hangs around the sinuous bass lines and slashes of guitar and sax with frontman man Dale Barclay doing a convincing, very pissed off personnae with his voice tearing out the missives like a Glaswegian street preacher with more than an echo of Alex Harvey to his voice and stage presence – the same sort of tough exterior hiding the softer emotional interior and the man that would not be bowed by the monolithic sludge of the modern world. It’s great to see a fuck you frontman who is not craving for your love – the neo Johnny Rotten anti star pushing the audience to its limits type of thing…

The packed room agree and the sweat trickles down the walls and the band crank the intensity levels- with the goal posts of what indie music actually is being moved so far away by the maisntream media it’s great to hear  a band that understand that raw power is the Stooges, that the Birthday Party were genuinely dangerous and that this music is the holy stuff- passed through generations to tap into when the going gets tough.

The band’s faces get redder as the riffs get rawer, they also know how to hold the tension with long quiet sections just hanging in the air waiting to explode- the Amazing Snakeheads are about as rock n roll as it’s going to get this year and that’s rock n roll enough- they look and sound like a bar room brawl from suave hell but a bar room brawl that also has long meditative gaps just to soak up the tension and the danger and that is so much part of what makes them great apart from the fact that also thread songs and narrative into their music.